Scientists Concerned About Potential Carcinogens in Your Tattoos

"Every time we looked at one of the inks, we found something that gave me pause." 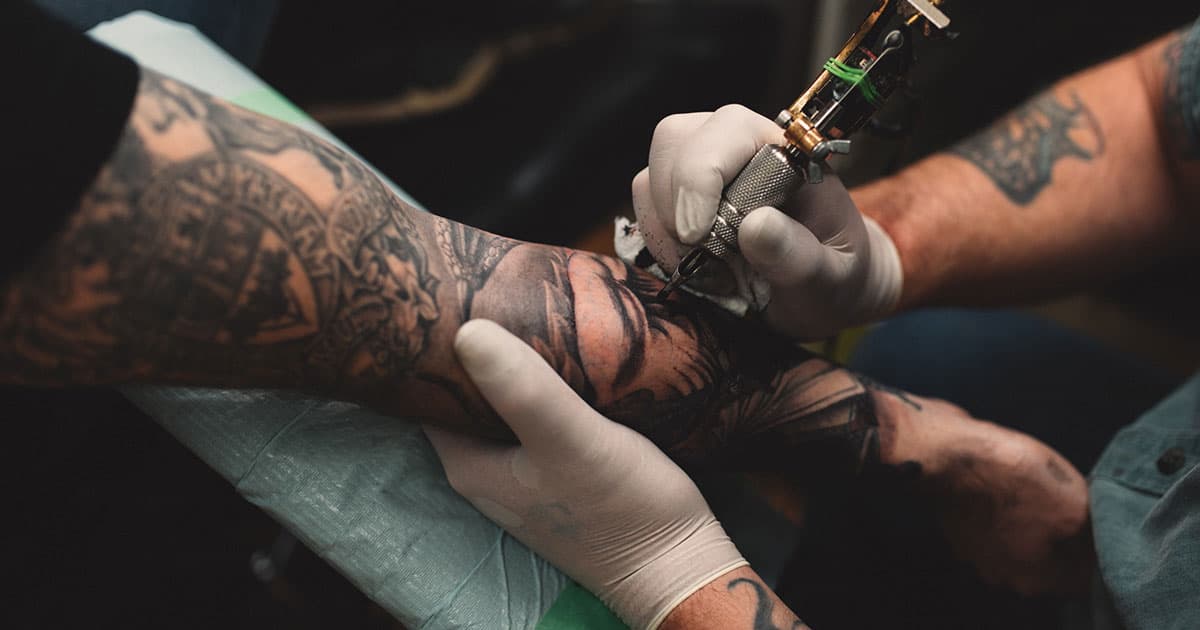 Some tattoo ink may contain toxic chemicals — including some that could potentially be carcinogenic — that are nowhere to be found on ingredient lists, new research has found.

"Every time we looked at one of the inks, we found something that gave me pause," Binghamton University chemistry expert John Swierk, the study's principal investigator, said in a press release.

Warnings about the potential for toxic chemicals in tattoo inks have been floating around for a while, especially after the European Commission’s Joint Research Centre published a report in 2016 that found some pigments, many of which were imported into Europe from the United States, contained stuff as scary as arsenic, lead, and even bacteria.

In spite of this kind of data, however, there hadn't yet been a ton of publicly-available data for tattoo artists, nevermind their clients, about which brands to steer clear of.

That's where Swierk's study comes in. To get a sense of how much the artists themselves knew, the assistant chemistry professor and his students interviewed tattoo artists to ask them how much they knew about the pigments they used, and found that most of the artists had no idea what chemicals were in their preferred brands.

Per the press release, presented this week at the American Chemical Society's annual conference, tattoo ink is made up of pigments and a carrier solution, which is used to make the ink colors more soluble and transfer them better to the middle layer of skin.

Using multiple high-tech methods, from electron microscopy to nuclear magnetic resonance spectroscopy, Swierk and his team made some troubling findings about the mixtures.

For example, ethanol was found in one ink that did not have it listed in its ingredients, and many of the others contained azo, a common pigment type. Although the Joint Research Centre's report notes that azo is not unsafe on its own, this new research notes that over time it can degrade into a different nitrogen-based compound that's potentially carcinogenic.

What's more: of the 16 pigments the Binghamton researchers studied using electron microscopy, roughly half had particles small enough that they could "get through the cell membrane and potentially cause harm," Swierk said.

Swierk and his team have already begun to put their findings on a website they created called "What's in My Ink?" that will help artists and people who get tattoos learn more about what potentially harmful chemicals may be in the ink they're putting into their skin. Pending more research and peer review, they'll be able to add more information, too.

Of course, given that the tattoo artists interviewed in the study so far were unaware of what was in their inks even when ingredient labels were present, there's a high chance that such a resource may go widely unused.

Nevertheless, at very least maybe the research will act as an additional source of information for the tattoo industry — and maybe, at some point, lead to regulation as well.

9.22.22
Study Suggests That This Particular Exercise May Boost Memory
9.21.22 Developments
FDA Warns Americans to Stop Cooking Chicken in NyQuil
9.11.22 Cancer
Young People Are Getting Way More Cancer Than Old People Did
9.08.22 Developments
Nobody Is Sure What Queen Elizabeth II Died From
9.02.22 Neuroscience/Brain Science
Pot Smokers Not More Likely to Be Apathetic or Lazy, Scientists Find