The judge, over Zoom, was shocked. 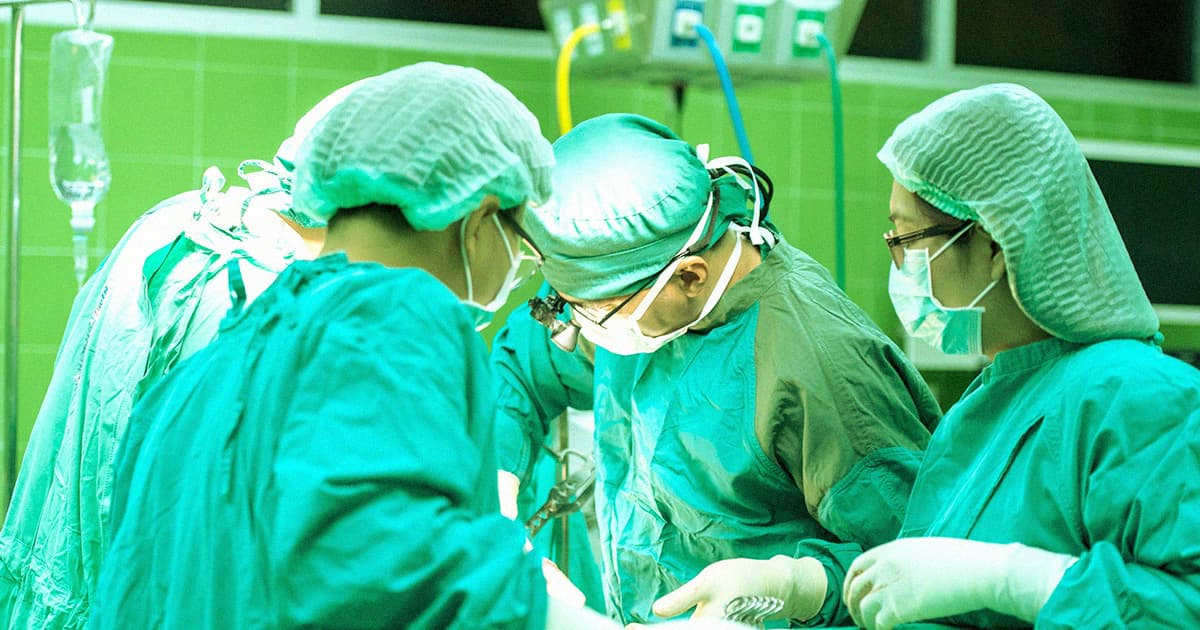 Last Thursday, plastic surgeon Scott Green signed onto a Zoom call to a local court to contest a traffic violation — while performing surgery on an unconscious patient.

The video, obtained by The Sacramento Bee, shows Green, apparently double-booked, working with a team of doctors while also responding to questions on the Zoom call.

"Hello, Mr. Green? Are you available for trial?” a courtroom clerk said on the call, according to The Sacramento Bee. "It kind of looks like you’re in an operating room right now?"

"I am, sir," Green said. “Yes, I'm in an operating room right now. I'm available for trial. Go right ahead."

The judge showed up moments later. Justifiably shocked, he decided to postpone the hearing out of fear for the patient's safety.

"I do not feel comfortable for the welfare of a patient, if you’re in the process of operating, that I would put on a trial," Sacramento Superior Court Commissioner Gary Link said on the call.

It was a farcical event, to be sure. It's reminiscent of the sort of Zoom mishaps that we've all endured — a cat blocking someone's camera, a child running into the room to ask a personal question, or a face filter gone awry — since the pandemic began. But on the flip side, imagine the utter horror of being anesthetized for surgery just to have your doctor dedicate their attention to a minor traffic violation instead.

At one point, the unconscious patient was also clear in the frame, according to The Washington Post — a big no-no when it comes to livestreaming medical procedures.

The Medical Board of California says that it's now investigating the incident.

"The Medical Board of California expects physicians to follow the standard of care when treating their patients," spokesman Carlos Villatoro told Post. "The Board is aware of this incident and will be looking into it, as it does with all complaints it receives."

More on surgeons: Surgeons Who Operate on Their Birthday Appear to Kill Way More Patients

11.11.22 Developments
Unexploded Shell Removed From Soldier's Chest by Surgeons Wearing Body Armor
10.04.22 Developments
Lawsuit Accuses Walmart and CVS of Equating Homeopathic Treatments With Real Medicine
9.28.22 Rx/Medicines
Scientists Trick Mosquitoes Into Vaccinating Against Malaria by Biting
9.15.22
Inside the Minds of the Short Men Who Get Their Legs Broken to Add 3-6 Inches of Height
9.11.22 Cancer
Young People Are Getting Way More Cancer Than Old People Did