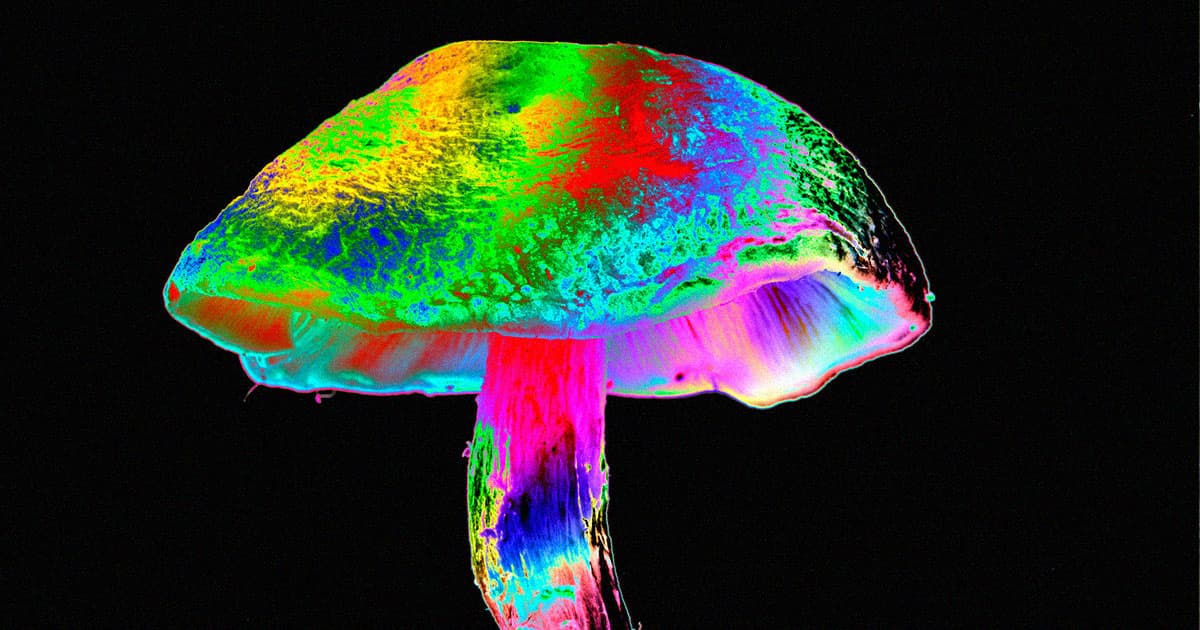 According to a new study, the psychoactive substance in magic mushrooms known as psilocybin could be an effective treatment for alcohol use disorder.

The new finding builds on a growing sense that psychedelic treatments could be a gamechanger for mental health, wellbeing and addiction issues, this time for the nearly 15 million Americans — that's roughly one in 20 — who drink excessively.

As detailed in a new paper published this week in the journal JAMA Psychiatry, 83 percent of participants in a double-blind randomized trial experienced a decline in heavy drinking after just two doses of psilocybin.

Almost half of the participants who took the substance had stopped drinking entirely at the end of the eight-month trial, compared to just a quarter of those given a placebo who quit drinking.

Experts were surprised at the findings, which build on previous work showing that psilocybin may hold promise as an addiction treatment.

"These are exciting results," Michael Bogenschutz, director at NYU Langone Center for Psychedelic Medicine and the study’s lead investigator and author, told the New York Times. "Alcohol use disorder is a serious public health problem, and the effects of currently available treatments and medications tend to be small."

There are some limitations to the study. For one, there were only 93 participants, a small sample size.

While the trial was double-blind and randomized, study participants were also pretty quick to discover whether they had taken magic mushrooms, rather than a placebo in the form of an antihistamine, which isn't surprising given the hallucinogenic qualities of psilocybin.

"Biased expectancies could have influenced results," the paper's authors admitted, "so this issue remains a challenge for clinical research on psychedelics."

Mary Beth Orr, one of the trial participants, recalled experiencing "a gorgeous show, with jewels and the sense of rushing through a tunnel with deity figures looking down at me from niches in the walls," in an interview with the NYT.

These experiences were also accompanied by therapists who served as guides.

Other experts agree the study that "really moves the field forward," as psychedelic researcher at Johns Hopkins Medicine who was not involved in the research, told the NYT. "This study adds to the literature suggesting that psychedelics may have general anti-addiction efficacy, which is really an odd thing because it's rare for a potential medication to be effective for multiple forms of addiction."

Bogenschutz will now helm the next trial, which will include more than 200 participants, to see if just a single dose of psilocybin could be used to treat alcohol use disorder.

The Food and Drug Administration just approved that trial earlier this week, making it the largest study of its kind, according to the NYT.

More on psychedelics: This Therapeutic VR Experience is Just Like Tripping on Acid

11.04.22 Studies
Taking Psilocybin Just Once Eases Treatment-Resistant Depression in Study
10.12.22 Developments
Elon Musk Has Reportedly Been Telling Friends About Benefits of Shrooms and MDMA
9.10.22 Mental Health
Study Finds LSD Therapy Strikingly Effective at Reducing Anxiety and Depression
8.18.22
Church Sues Cops, Saying Psychedelics Are Its Sacrament
7.07.22 Treatments
"Anti-Hangover" Pill Could Take All The Fun Out of Drinking — If It Actually Works