Soylent-Like Ramen Packet Has Every Nutrient Needed to Survive

Finally, we can actually live off of noodles. 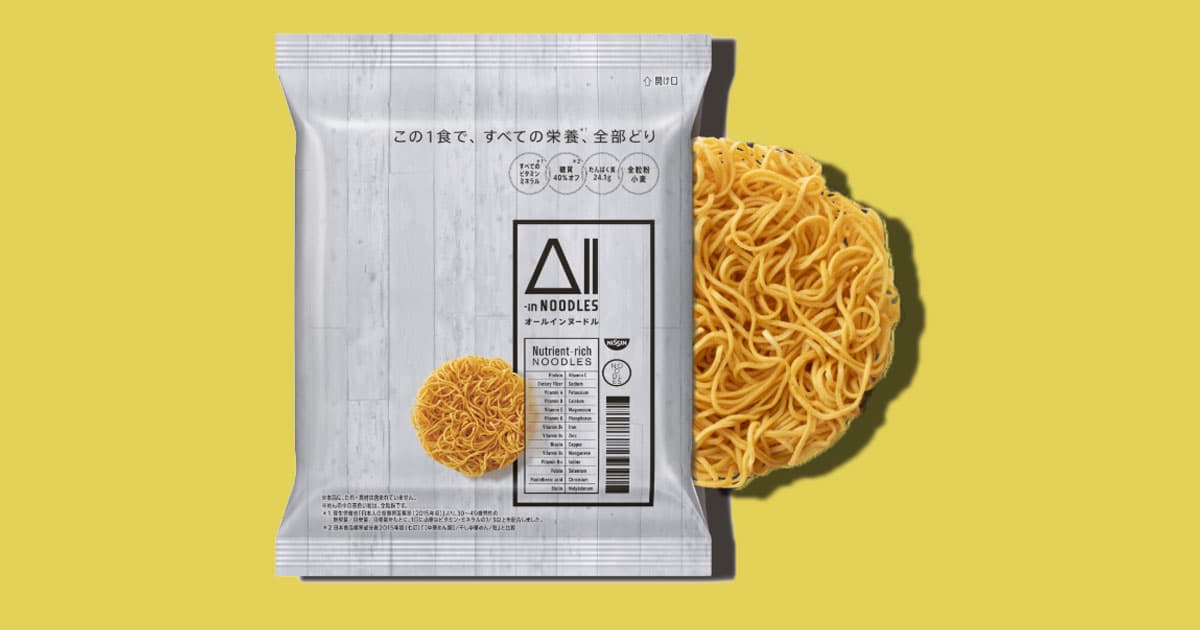 Nissin, the company behind one prominent line of instant ramen noodle packets, is poised to launch a new "All-In Noodles" product that, it says, fully satisfies a typical person's nutritional requirements.

Now, if you wanted to live off of an all-noodle diet, the new line of instant ramen packets could fulfill your daily requirements for vitamins, minerals, and protein if eaten for breakfast, lunch, and dinner, according to SoraNews24 — meaning the future of quick eats could be people slurping down noodles.

Nissin isn’t the first company to try its hand at cheap, easy meal replacements — we all had to endure the brief period when every tech bro had to share his views on the meal-replacement beverage Soylent. But since living off of ramen is already a widespread meme, it's possible this is the one that takes off after its August 19 launch date.

The All-In Noodles have nutrient-rich cores coated in classic ramen noodles, according to SoraNews. As such, they'll take a few more minutes to cook.

Our main question, though, is how they'll pair with a nice chilled mug of Mountain Dew Code Red.

More on meal replacement: We Tried A Plant Based Meal-in-A-Bottle. Here’s What It’s Like