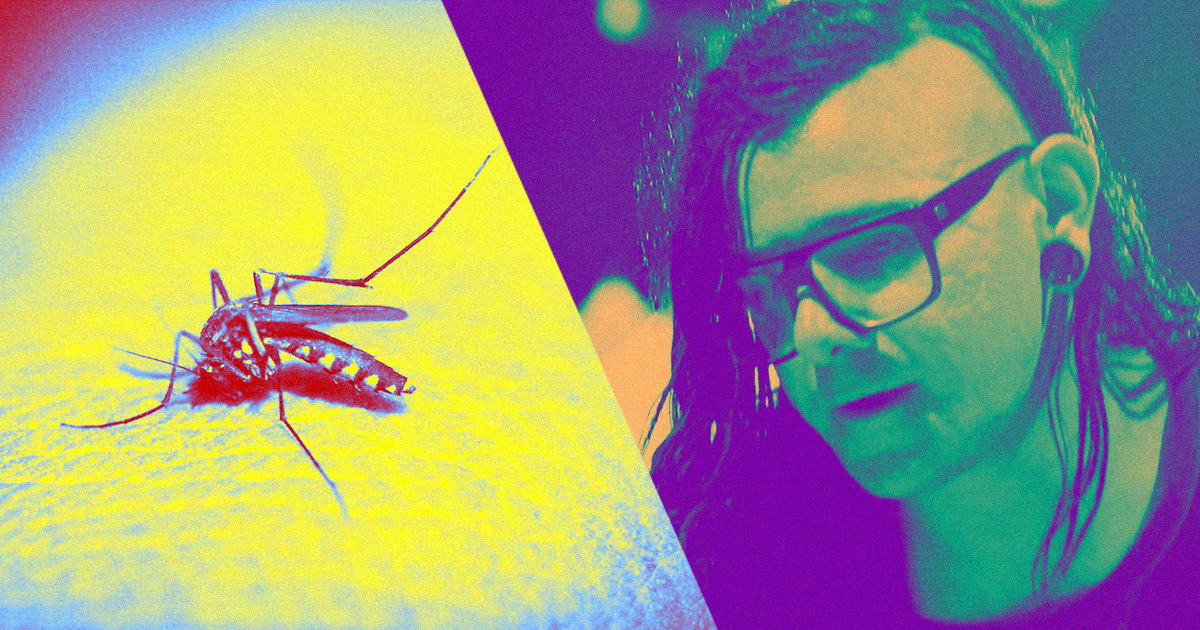 It sounds like an April Fools' prank, but scientists say that music by dubstep star Skrillex can keep mosquitoes from biting.

If it's a joke, it goes deep: the research is at the center of a paper published in the journal Acta Tropica last week, and the story has been picked up by the BBC News, HuffPo, and The Telegraph.

Assuming it isn't an elaborate joke — and, given the timing, it's hard not to be a little suspicious — the finding could suggest futuristic sound-based ways to keep disease-transmitting insects at bay.

According to the paper, researchers broke Aedes aegypti mosquitoes — those are the common bloodsuckers that spread dengue and yellow fever — into two groups, one of which they serenaded with Skrillex's 2010 electronic hit "Scary Monsters and Nice Sprites."

The result: dubstep's aggressive bass lines, according to the paper, made the insects less thirsty for blood and less likely to have sex.

"The occurrence of blood feeding activity was lower when music was being played," reads the paper's abstract. "Adults exposed to music copulated far less often than their counterparts kept in an environment where there was no music."