Another step closer to ending our reliance on a short supply of donor organs. 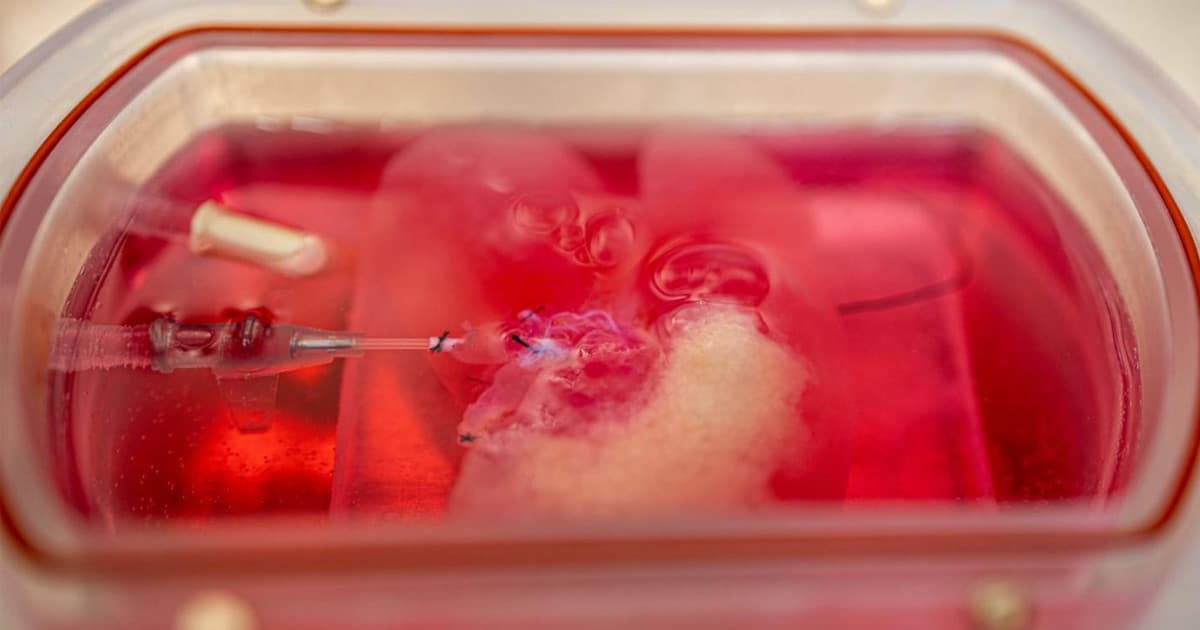 Image by University of Pittsburgh School of Medicine
Developments

The researchers had to cultivate and reprogram human stem cells, and then 3D print them in layers to form tissue.

While the "mini-livers" perform the functions of a liver, they're unfortunately still a far cry from an actual full-scale liver.

"More stages have yet to be achieved until we obtain a complete organ, but we’re on the right track to highly promising results," Mayana Zatz, one of the authors of the paper published in the journal Biofabrication, told Agência FAPESP.

Not only could printed livers end a reliance on a very short supply of donor organs, they might end up being safer as well.

"Another important advantage is zero probability of rejection, given that the cells come from the patient," adds Zatz.

Rather than printing cells one by one, the team developed a new technique that involves grouping cells into clumps, making the printed mini organs last much longer than previous printed organ attempts, according to the researchers. These cell clumps are then mixed with a hydrogel-like bioink and printed out into a three dimensional lattice.

The results, they say, are promising.

"At this stage, they aren’t tissue yet because they’re dispersed, but as shown by our study, they already have the capacity to clear the blood of toxins and to produce and secrete albumin [a protein produced only by the liver], for example," first author of the paper Ernesto Goulart told Agência FAPESP.

The researchers are already thinking of scaling up their mini-livers.

"We did it on a small scale, but with investment and interest, it can easily be scaled up," Goulart added.

More on bioprinting: This Biotech Company Claims to Have 3D Printed a Mini Human Heart

Image by University of Pittsburgh School of Medicine