Scientists Have an Extremely Grim Theory About Stranded Dolphins 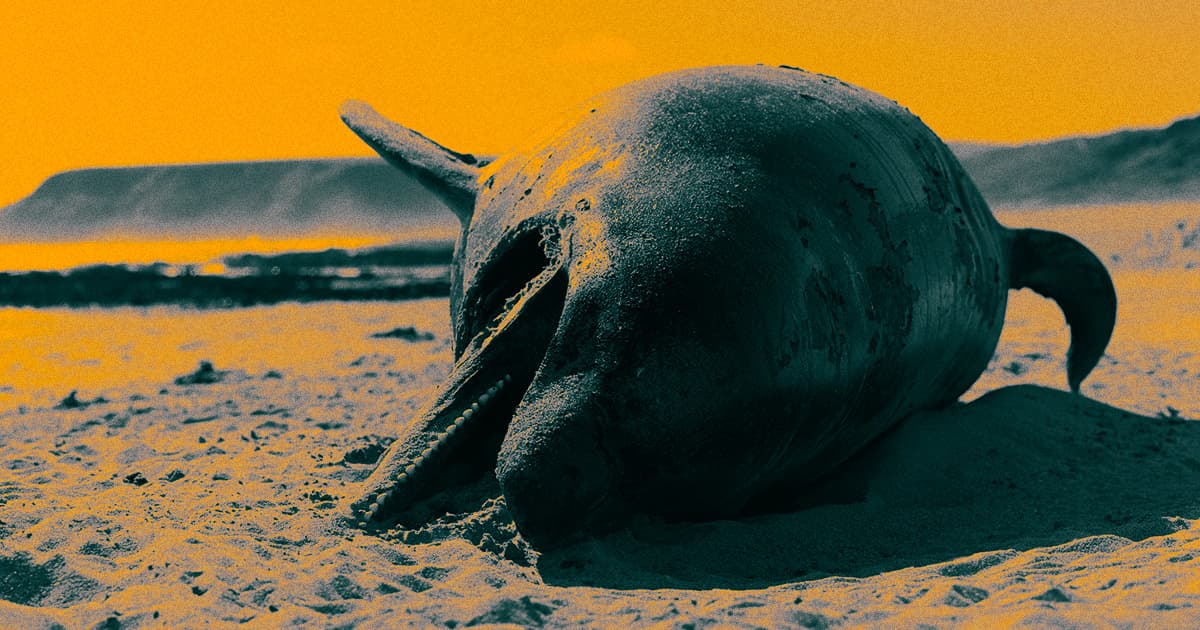 Dolphins are known for being especially intelligent animals, so why so many of them — even entire groups — end up helplessly stranded on a beach can be puzzling. But now, new research suggests a grim explanation: stranded dolphins are being led to their doom by a leader with dementia.

Published in the European Journal of Neuroscience, the study is purportedly the largest to date on dementia in the toothed whales known as odontocetes. Researchers examined the brains of 22 dolphins and porpoises stranded on Scottish shores and discovered that four of them showed tell-tale signs of Alzheimer's in human patients. Chief among those signs were the presence of amyloid-beta plaques, which are believed to cause or at least be symptomatic of the deadly and still poorly understood Alzheimer's.

"These are significant findings that show, for the first time, that the brain pathology in stranded odontocetes is similar to the brains of humans affected by clinical Alzheimer's disease," said Mark Dagleish, a pathologist from the University of Glasgow who led the research, in a statement.

In humans, Alzheimer's causes cognitive functions to deteriorate significantly, worsening a sufferer's speech, memory, recognition of loved ones, and the ability to perform basic tasks. But Dagleish warns against drawing a direct comparison between human symptoms and how Alzheimer's or a similar condition may manifest in dolphins.

"While it is tempting at this stage to speculate that the presence of these brain lesions in odontocetes indicates that they may also suffer with the cognitive deficits associated with human Alzheimer's disease," he added, "more research must be done to better understand what is happening to these animals."

Nevertheless, the findings lend significant credence to the "sick-leader" theory, which posits that because dolphins are such social animals, healthy groups of them are led to their deaths by a leader in decline.

But it's worth noting that Alzheimer's disease is not fully understood in humans, let alone wild animals. Even the prevailing theory that amyloid-beta plaques are in some way responsible or indicative of the disease appears to be on shaky ground — so more research will be required for a definitive diagnosis.

"We were fascinated to see brain changes in aged dolphins similar to those in human aging and Alzheimer's disease,"  said study co-author Tara Spires-Jones, deputy director of the Centre for Discovery Brain Sciences at the University of Edinburgh. "Whether these pathological changes contribute to these animals stranding is an interesting and important question for future work."