"The reality of it sinks in. Your own mortality." 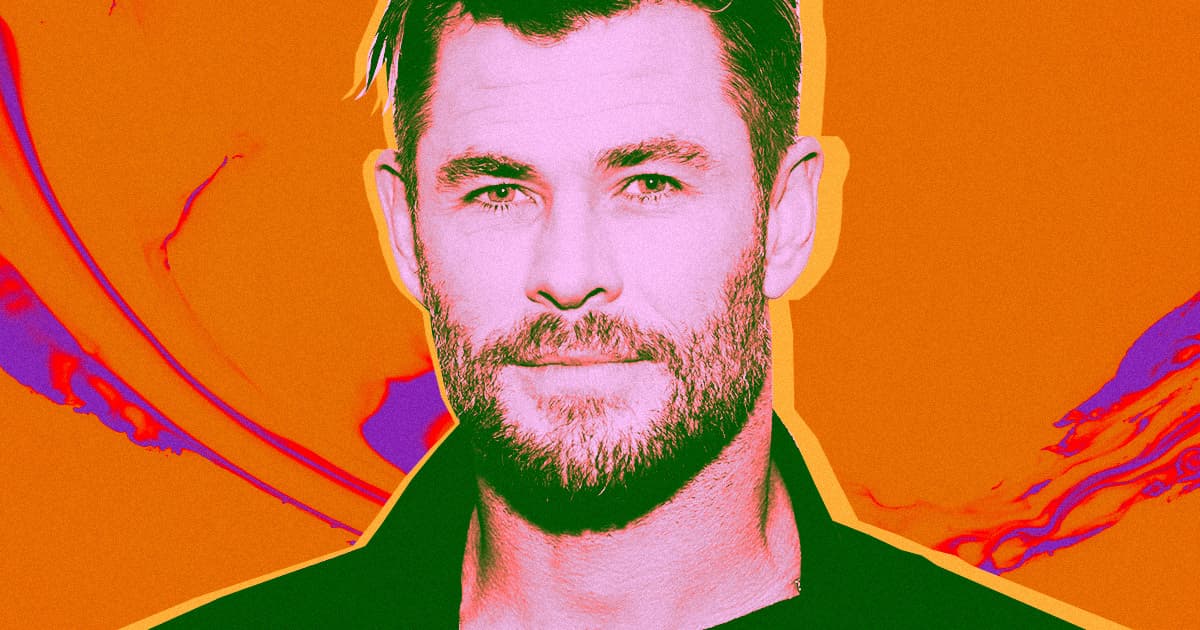 Chris Hemsworth of Marvel fame — and one of the biggest movie stars on the planet — will be taking an unexpected break from acting after learning that he carries two copies of a gene that spikes his chances of developing Alzheimer's disease.

The sobering revelation came to the "Thor" star while filming his latest TV show, "Limitless," in which he fights against aging and human mortality. Hemsworth ended up confronting his "biggest fear" after genetic testing showed that he carried two copies of the APOE4 gene from his mother and father. Studies have linked the gene to a markedly increased risk in developing Alzheimer's, and only two to three percent of people carry two copies like Hemsworth does, according to a National Institutes of Health (NIH) study.

Hemsworth described how the news was broken to him in a heartfelt interview with Vanity Fair.

"Peter Attia, who is the longevity doctor in that episode, and overseeing a lot of the show, called [the show creator] and said, 'I don't want to tell him this on camera. We need to have an off-side conversation and see if he even wants this to be in the show,'" Hemsworth explained.

During the episode, Attia eventually tells Hemsworth that he's eight to ten times more likely to develop Alzheimer's than those who don't possess the APOE4 gene.

"It was pretty shocking because he called me up and he told me," the 39-year-old actor said.

Alzheimer's is a brain disorder that affects more than 6 million Americans, most over 65 years old, and is the leading cause of dementia in older adults, according to the NIH. The disease slowly deteriorates cognitive functions including memory, thinking, speaking, and the ability to perform simple tasks, eventually to the point that a patient becomes completely dependent on the help of others.

With no known cure, loved ones are helpless as they watch their friend or family member lose their personhood.

And Hemsworth would know this first hand: his grandfather has Alzheimer's.

"I'm not sure he actually remembers much anymore and he slips in and out of Dutch, which is his original language, so he'll be talking Dutch and English and then a mash-up and then maybe some other new words as well," Hemsworth told Vanity Fair.

When asked, the actor agreed that the prediction was unsettling.

"The reality of it sinks in. Your own mortality," Hemsworth told the magazine.

Hemsworth's situation raises an interesting dilemma: would you want to know your chances of developing a serious and fatal disease so far ahead of time, especially when there's no cure?

For many, the answer is an obvious yes. Early warning on diseases like cancer greatly improves a person's chances of treating and surviving it.

But in the case of Alzheimer's, there's no known cure and only limited preventative measures. An early warning could simply be a source of perpetual dread with no recourse.

In many cases, too, genetic tests can be misleading. After all, in the case of Alzheimer's, having APOE4 only means an increased risk, not a definitive diagnosis. The authoritative nature of the science involved could cause someone to go their whole lives worrying about an outcome that might never pan out. Would it be worth it then?

It's a question Hemsworth himself mulled over after he was offered to air a version of the episode sans the genetic test results. Ultimately, he decided to keep them in.

"No, look, if this is a motivator for people to take better care of themselves and also understand that there are steps you can take — then fantastic," he said in the interview.

At any rate, Hemsworth is grateful that he took the test and is approaching the news optimistically.

"Whether or not any of this information helps you live longer, it's about living better right now," Hemsworth added. "Whatever you do right now to benefit your future self is having a huge benefit in your current self."

For Hemsworth, that means taking a break from acting and spending more time with his wife and kids, but clarifies that "it's not like I've been handed my resignation," so we can hopefully expect him to bounce back.

In the meantime, fans can look forward to his mysterious character in George Miller's upcoming "Mad Max: Fury Road" prequel "Furiosa" — which could be his coolest role yet.

More on Alzheimer's: New Alzheimer's Drug Appears to Actually Work, to Some Degree