This study "joins a body of science raising questions about the irreversible nature of death." 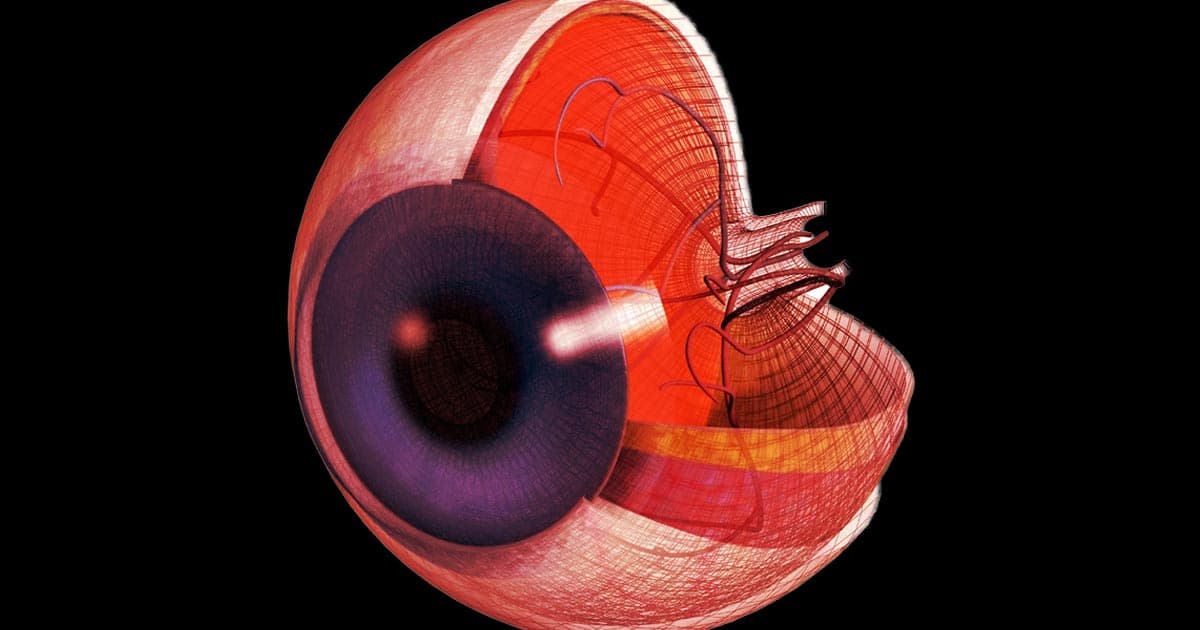 Image by University of Utah
Studies

Death is defined as the irreversible cessation of circulatory, respiratory or brain activity.

At least, that's the definition scientists give in the first line of a new study in which they say they "woke up" light-sensing cells from human organ donors five hours after death, a breakthrough that could potentially allow scientists to extend the shelf life of donor organs and lead to new ways to treat eye diseases.

Researchers from Switzerland and the US published their findings in the journal Nature yesterday, claiming they got retinal neuron cells to communicate with each other post-mortem.

"We were able to wake up photoreceptor cells in the human macula, which is the part of the retina responsible for our central vision and our ability to see fine detail and color," said Moran Eye Center's Fatima Abbas, lead author of the study, in a statement. "In eyes obtained up to five hours after an organ donor’s death, these cells responded to bright light, colored lights, and even very dim flashes of light."

In a first round of experiments, the researchers were initially able to revive photoreceptors, which, however, weren't able to communicate with other cells in the retina.

But then, the team found a lack of oxygen to be the leading problem, so they created a special method to keep the cells oxygenated for longer periods of time. Essentially, they lengthened the period of time retina and neuron cells could "live" again after at least one of the other qualifications for death already happened.

The team is pretty confident they'll be able to use the research to reverse some types of blindness.

"The scientific community can now study human vision in ways that just aren’t possible with laboratory animals," said Moran Eye Center scientist Frans Vinberg, co-author of the study, in the statement. "We hope this will motivate organ donor societies, organ donors, and eye banks by helping them understand the exciting new possibilities this type of research offers."

But does extending the shelf life of donor organs and giving retinas their ability to sense light back really count as "revival," as the press release suggests?

The team defines death as "the irreversible cessation of circulatory, respiratory or brain activity" in their study.

In that respect, returning some of the functions of photoreceptors post mortem could technically be deemed as reversing death — which could have much wider implications when it comes to organ donation or even on the time death is declared.

But that may well fall far beyond the scope of this particular study.

More on immortality: Elon Musk Says that Immortality Tech Would Be Very Dangerous