More research says that Zoom fatigue is a real problem. 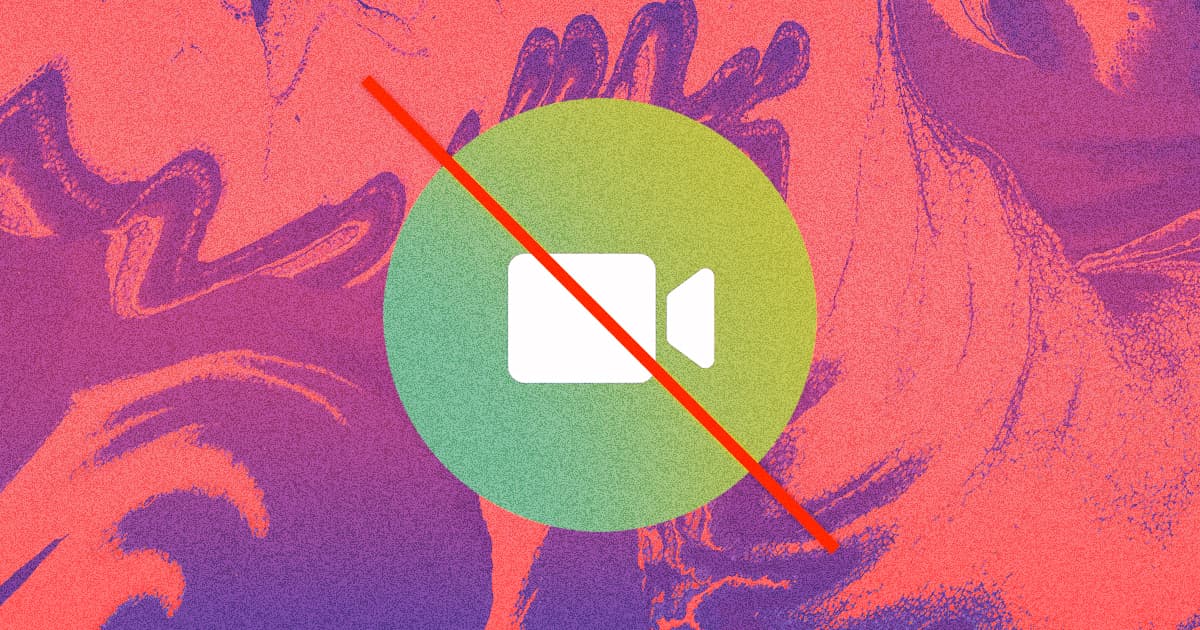 When the coronavirus pandemic began and many officer workers' jobs started to primarily happen over video calls, it didn't take long for a general malaise colloquially called "Zoom fatigue" to set in.

Well, it turns out that Zoom fatigue — referring to video calls regardless of the specific platform on which they're held — is real, according to research published in the Journal of Applied Psychology this month. Across the board, scientists from a variety of universities found that requiring employees to keep their cameras on during meetings made them more exhausted and, contrary to popular belief, less engaged with the meeting and their jobs in general.

The study also revealed an alarming trend about power dynamics at work. Employees with a lower degree of organizational tenure — that is to say they'd worked at a company for less time or were on a lower rung of the corporate ladder — reported feeling more exhausted when required to keep their camera on than did their higher-ups. It also seems that women are hit harder by Zoom fatigue than men.

"Theoretically, our findings clarify that self-presentation and its fatigue-related costs are exacerbated when the camera is on during virtual meetings," the researchers wrote in their paper. "Our results align with popular press ideas and an emerging body of research which suggest that being 'watched' enhances the need to manage impressions and directs focus inward, inducing fatigue."

To keep employees from getting physically and mentally exhausted, and to help them pay better attention to the actual meeting, the scientists suggest that camera use should be made optional as much as possible — a conclusion that supports earlier research on the same phenomenon. Unfortunately, since the pandemic is still raging on, it seems that we'll need to find ways to better manage video calls than being able to do away with them altogether.