Creepy Robotic Worm Could Wriggle Through Your Brain Arteries 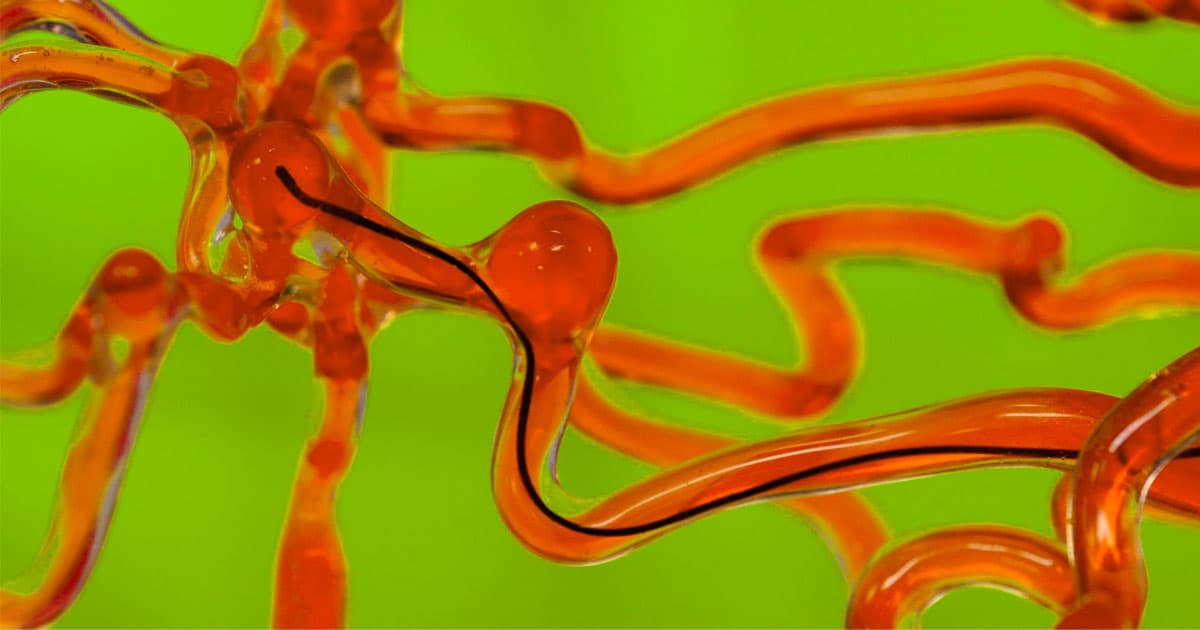 A team of researchers at the Massachusetts Institute of Technology (MIT) have invented a tiny robotic worm that could be steered through the tiny arteries in the human brain using a magnet.

The invention could open new doors for minimally invasive brain surgery by accessing places in the brain that have thus far remained unreachable. It could treat lesions and help unblock blockages in the brain that could otherwise result in aneurysms and strokes.

“If we could design a device to reverse blood vessel blockage within [a critical 90-minute window] we could potentially avoid permanent brain damage,” said Xuanhe Zhao, associate professor of mechanical engineering at MIT and co-author of the study, in a statement. "That’s our hope."

The worm is made out of a special polymer that's "uniformly dispersed" with small "ferromagnetic microparticles" and is less than 0.6 millimeters thick, roughly ten times the width of a human hair, according to a new paper about the project in the journal Science Robotics.

So far, the researchers tested their "ferromagnetic soft continuum robot" in silicone models of the brain.

To make sure the worm can wiggle around the arteries freely, the researchers gave the worm a self-lubricating skin that reduces friction — since drag could cause damage to the sensitive arteries.

Next, the researchers are planning to test the brain worm in animals. And according to the New Scientist, the team has already found neurosurgeons at Harvard Medical School willing to perform those trials.