Welcome to the quantum realm. 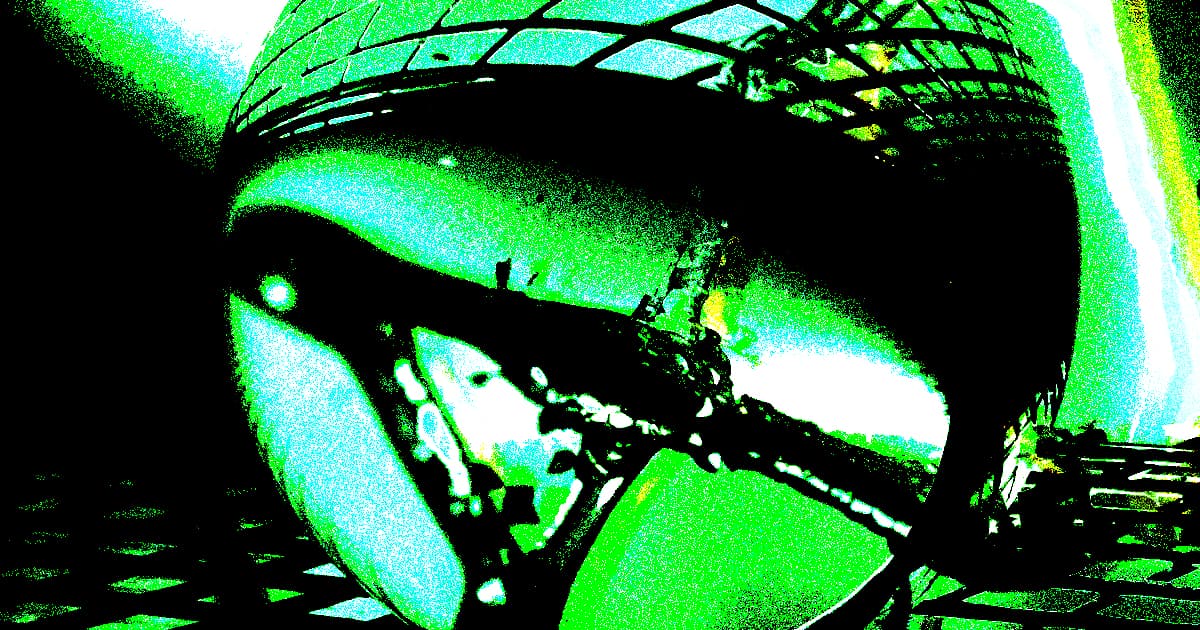 It's hard to conceptualize the bizarre quantum behavior of subatomic particles, which are often too tiny, fleeting, and counterintuitive to conceptualize on any tangible scale. But new research bucks that trend, suggesting that an unusual quantum phenomenon could have a serious impact to biological structures — even causing point mutations in molecules of DNA.

The upshot is that the hydrogen bonds that link together two spiraling strands of DNA are prime for an unusual quantum process called proton tunneling, according to research published by University of Surrey scientists last month in the journal Physical Chemistry Chemical Physics.

Proton tunneling happens when a proton seemingly vanishes and reappears elsewhere on the other side of a physical or energetic barrier. Protons are massive compared to other subatomic particles that exist on the quantum scale, so it's not as common to see a proton tunnel as it is to see something like an electron tunnel. But it is possible, and when it happens within a DNA molecule, it can essentially move atoms to the wrong place, leading to a mutation in the genetic code.

"Many have long suspected that the quantum world — which is weird, counter-intuitive, and wonderful — plays a role in life as we know it," lead author and Surrey chemist Marco Sacchi said in a press release. "While the idea that something can be present in two places at the same time might be absurd to many of us, this happens all the time in the quantum world, and our study confirms that quantum tunneling also happens in DNA at room temperature."

The odds that one of these quantum mutations would lead to medical problems down the line is rare — the paper notes that the DNA molecules are capable of righting themselves in fairly short order. But just like with any other mutation, it is possible that these mutations take hold and propagate through the DNA replication process, potentially causing issues or even increasing the risk of cancer.

"There is still a long and exciting road ahead of us to understand how biological processes work on the subatomic level," study coauthor and quantum biologist Louie Slocombe said in the release, "but our study — and countless others over the recent years — have confirmed quantum mechanics are at play."

READ MORE: A new study reveals that quantum physics can cause mutations in our DNA [University of Surrey]

2.07.23 Genetics
Scientist Who Gene Edited Human Babies Says Mistakes Were Made
2.06.23
Scientist Suggests Tweaks for Genetically Altered Supersoldiers
1.26.23 Developments
Eccentric Wealthy Guy Spends $2 Million Per Year Staving Off Aging
1.21.23 Neuroscience/Brain Science
Bad News: the Horrific Zombie Fungus in "The Last of Us" Is Real
1.11.23 Neuroscience/Brain Science
People Thought an AI Was Brilliantly Analyzing Their Personalities, But It Was Actually Giving Out Feedback Randomly