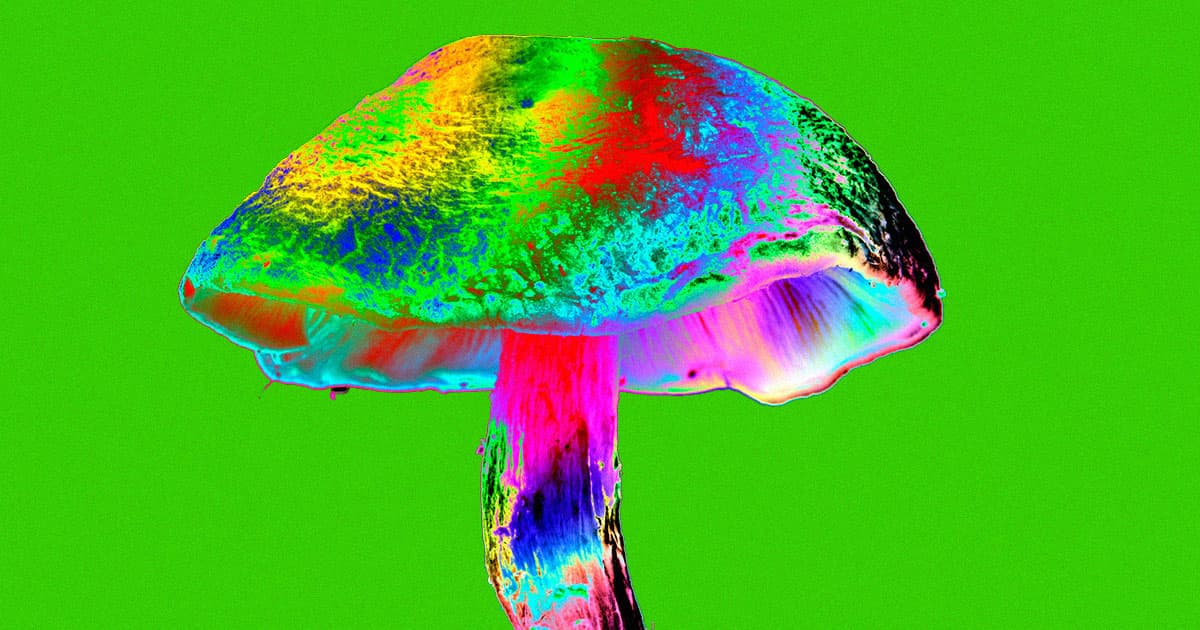 Building on the growing body of work surrounding "magic mushrooms" that produce the psychoactive compound psilocybin, a new study suggests that just one dose of a synthetically-made version can help ease the worst symptoms of depression.

Published in the New England Journal of Medicine, the findings from this randomized and double-blind clinical trial — which the study authors call "the largest of its kind" — are pretty, well, trippy.

The synthetic psilocybin is called "COMP360" by its creator, Dr. Guy Goodwin, who serves as both as an Oxford University professor emeritus of psychiatry and as chief medical officer of COMPASS Pathways, which manufactures the compound, CNN notes in a writeup of the study.

"This drug can be extracted from magic mushrooms, but that is not the way our compound is generated," Goodwin told CNN. "It’s synthesized in a purely chemical process to produce a crystalline form."

While COMP360 is not the same thing as eating stems or crushed up mushrooms inside a large DIY pill capsule, its effects appear to be similar — including the post-trip afterglow, which the researchers described as being highest the day after taking the 25 milligram dosage.

Every participant in the 233-person study, which was conducted at 22 sites in the United States, the United Kingdom, and Canada, had treatment-resistant depression, a diagnosis given when an individual doesn't respond to two or more types of antidepressant medication. All who were on antidepressants were advised to taper off of their medicine prior to the trial because these medications can counteract the benefits of psychedelics, though they were able to go back on them if necessary, CNN noted.

Depression levels in the participants were measured just before their "trips" and then at various points in the days and weeks after. The results were striking: the researchers found that overall, 37 percent of the trial patients experienced an improvement in symptoms and 29 percent were even "in remission" three weeks after the study.

"The maximum effect (was) seen the day after receiving the treatment," Dr. Anthony Cleare, a psychopharmacology professor at King's College London who was not involved in the study, told CNN. "This contrasts with standard antidepressants, which take several weeks to reach maximum effect."

Something unfortunate seemed to happen around 12 weeks after the treatment, however: those who experienced an easing of their depression symptoms said it began to return.

"The effects did start to wear off by three months, and we need to know how best to prevent the depression returning," Cleare said.

As Dr. Ravi Das, an associate professor of educational psychology at University College London who was also not involved in the study told CNN, "this is not a spectacular response rate for a psychiatric treatment... and we would only expect this to worsen over a longer follow-up period."

There's obviously much more research that needs to be done to determine the dosage and frequency of these sorts of treatments — which both boosters and detractors admitted in CNN's interviews — to figure out how to fine-tune it as an alternative form of depression treatment and mitigate the classic psilocybin side effects, which include nausea and dizziness.

Nevertheless, this large, first-of-its-kind study has huge implications for the power of psychedelic mental health treatment, and the backing of storied institutions like Oxford and the NEJM to boot.

More on psychedelics: Elon Musk Has Reportedly Been Telling Friends About Benefits of Shrooms and MDMA