If true, the finding presents a dire threat to international effort to contain the outbreak. 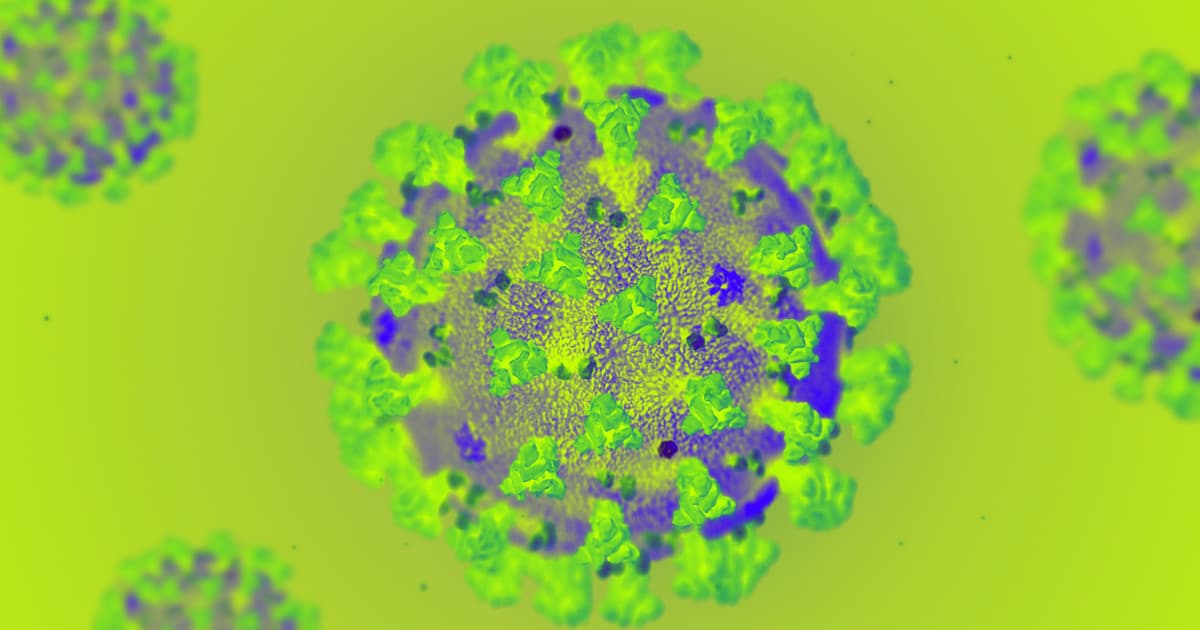 Image by CDC/Victor Tangermann
Developments
Editor's note 2/4/2020: The following story is based on reports which, according to new evidence reported by Science Magazine, are likely inaccurate. The scientists behind the original account reportedly never communicated directly with the woman who had allegedly spread the coronavirus without experiencing any symptoms — and it turns out that she was already showing signs of a 2019-nCoV infection during the time she is thought to have gotten others sick. As a result, there are no documented cases of asymptomatic transmission of 2019-nCoV.

In a grim development, scientists believe they've identified a case in which a patient transmitted the coronavirus 2019-nCoV to another person — before they started to have any symptoms.

Last week, a man in Germany was briefly sick with what ended up being the coronavirus, Stat News reports, but he had never traveled to any of the areas impacted by the viral outbreak.

But, he told medical staff, he'd met with a woman from Shanghai days earlier — and while the woman later fell ill with 2019-nCoV, she didn't develop any symptoms until she was on her return flight home.

The case is described in a letter to the editor published on Thursday in The New England Journal of Medicine that was penned by 17 doctors from four German hospitals.

If it turns out to be true — it's always possible that the woman had the sniffles or other minor symptoms and didn't notice — the fact that 2019-nCoV can spread among asymptomatic people presents a dire threat to the international effort to contain it.

"The fact that asymptomatic persons are potential sources of 2019-nCoV infection may warrant a reassessment of transmission dynamics of the current outbreak," reads the letter.

While asymptomatic transmission makes it more difficult to track and curb a disease, uninfected people are less likely to get sick from being near an asymptomatic person, Stat reports. After all, it's harder to catch something from someone who seems healthy than someone who's sneezing all over the place.

Beyond this one case, Chinese authorities have suggested they found signs of asymptomatic transmission, according to Stat. But U.S. and World Health Organization leaders have been hesitant to declare it possible.