Using a small needle, the patch can be easily injected into the body. 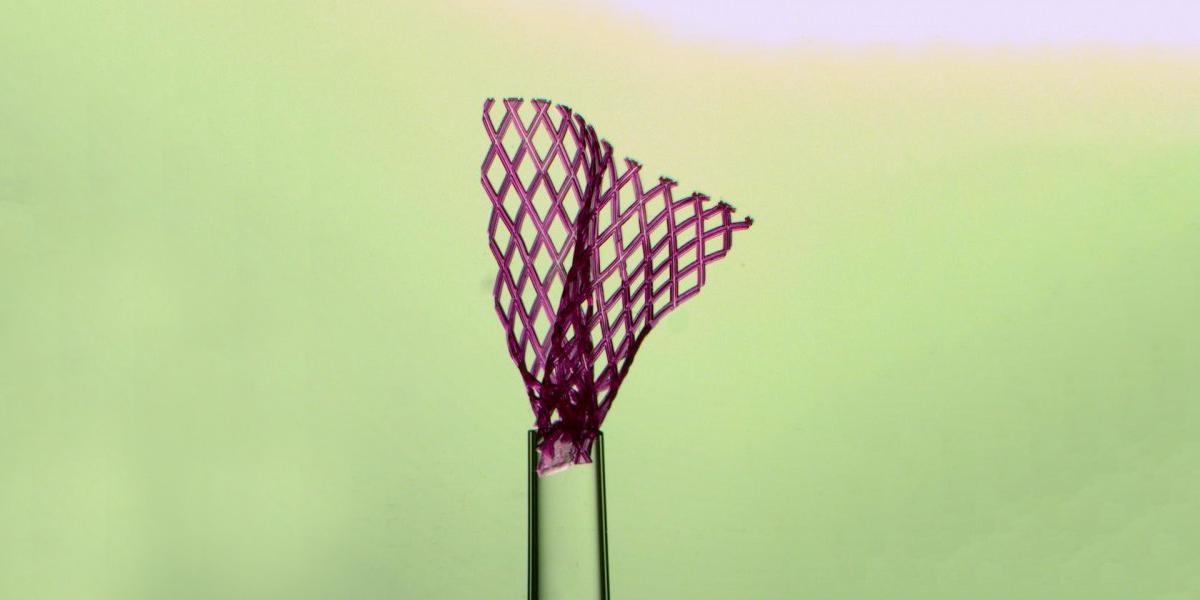 A team of engineers at the University of Toronto have created a way to fix damaged organ tissue without surgery. The method involves a needle, a patch the size of the postage stamp, and a bit of time.

The patch itself has shape-memory capabilities, meaning it will always return to its default state when introduced to the right temperature. Once inserted into the needle and injected into the body, the patch unfolds and expands before proceeding to repair and replace missing tissue. Made using a biocompatible, biodegradable polymer, the patch will dissolve over time, and in its wake, leave behind newly-made tissue.

Biomedical engineering Professor Milica Radisic and her team have been working on the project for nearly three years, with a lot of their work devoted to creating a tissue patch that could work via injection. Miles Montgomery, a PhD candidate in Radisic's group, finalized the patch's design after a dozen attempts.

"At the beginning it was a real challenge; there was no template to base my design on and nothing I tried was working," said Montgomery in an interview for Eureka Alert. "But I took these failures as an indication that I was working on a problem worth solving."

The expanding tissue patch was initially made to treat those that have suffered from heart attacks, and could be used instead of open-heart surgery. And while it could have been an implant, Radisic explains that the risks outweigh the benefits. If the implant required surgery to be implemented, it wouldn't be easily accessible to everyone that needed it. Since heart attacks are extremely traumatic on the human heart, leaving it in a vulnerable and precarious condition, surgery after the fact could risk the patient's survival.

Going forward, Radisic and her team are working with researchers from the nearby Hospital for Sick Children. They intend to study the long-term benefits of the patches, as well as their stability. The patch has been tested on rats, to great success, but there is a long way to go before clinical trials. But if things pan out, the patch might also be used for other traditionally damaged organs, such as the liver. To buy more time for these studies, patents on their patch and the injection process have been applied for.