New Sensor Lets You Monitor Blood Pressure With Your Smartphone

One in three adults in America have high blood pressure — but many don't even know they have it. 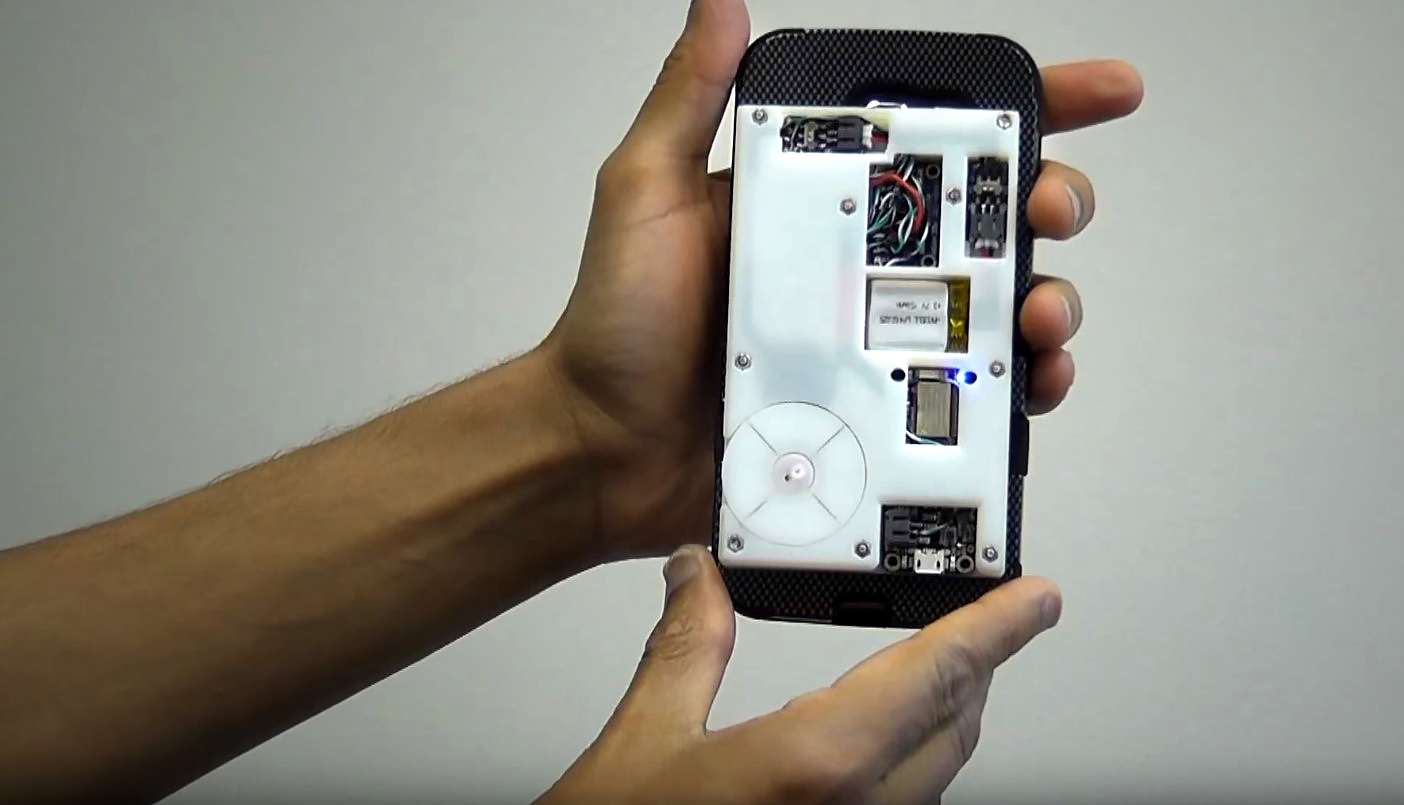 It's a Tongue Twister

Ever heard of a sphygmomanometer? Probably not by name, but if you've ever visited your doctor's office or an emergency room, you probably had your blood pressure checked by one.

It's important for doctors to keep tabs on patients' blood pressure, or the force of blood pushing against blood vessel walls, because having blood pressure that's too high or too low can put people at risk for a number of health conditions.

The traditional arm cuff that produces a numerical readout of your blood pressure is called a sphygmomanometer... say that three times fast. While you'll find a sphygmomanometer in any healthcare setting, you're less likely to have one on hand at home — and if you have high blood pressure, which increases your risk of having a heart attack or a stroke, you may want to be able to monitor it without having to make a doctor's appointment.

Even if you think your blood pressure is fine, consider this: according to the CDC, one in three adults in America have high blood pressure, called hypertension — but many don't even know they have it.

In a paper published this week in Science Translational Medicine, a team of researchers from Michigan State University and the University of Maryland debuted a new tool to help make it easier to self-monitor blood pressure at home. They developed a sensor that turns a smartphone into a device capable of checking a person's blood pressure.

A name like "sphygmomanometer" might make it sound like the technology required to determine a person's blood pressure is complicated, but it's actually quite straightforward. The researchers simply needed a way to measure changes in a person's blood volume (they used an optical tool that's not very expensive) and a transducer that could detect changes in pressure and convert those changes into an electrical signal. The team was then able to 3D print the sensor, which works with a smartphone.

When a smartphone user applies their finger to the sensor, these components physically detect their blood pressure, which can then be interpreted by an algorithm to provide a readout. If that all sounds familiar, it's probably because many fitness trackers use the same optical tool that the team used, called photoplethysmography.

The team's sensor, and the smartphone app that accompanies it, could certainly help patients keep an eye on their blood pressure between appointments. But it's important to remember that using the app isn't the same as having your blood pressure taken (and interpreted) by a medical professional.

So, for now, it seems we're not quite ready to bid farewell to the tongue-twisting sphygmomanometer.