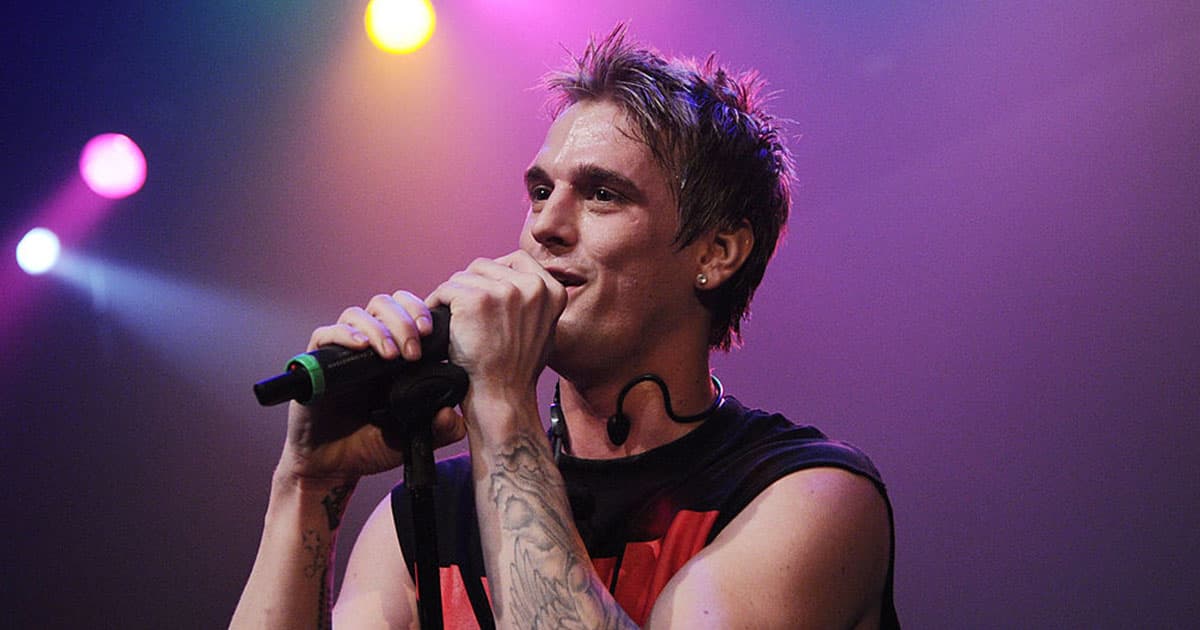 Former child star and late 90s pop singer Aaron Carter was only 34 when he passed away last weekend.

Now, newly-released details may shed light on his final hours. As TMZ reports, police who arrived at the scene of Carter's Lancaster, California home said they found bottles of prescription pills and canisters of compressed air around the residence.

The nature of the pill bottles isn't yet clear, but huffing aerosols to get high — which Carter had been candid about in the past — constitutes a particularly grave addiction that can lead to an expansive list of serious symptoms ranging from liver and kidney damage to hearing loss, brain damage, and death.

On November 5, Carter was found dead in his bathtub and was last seen around 2am the day prior by his live-in housekeeper, TMZ reports, when someone reportedly called the police to do a welfare check. When the former child star became aware of what was happening, he told the cops to leave and told his housekeeper not to bother him.

She didn't see him the rest of the day or the next, and the tabloid's sources suggest that the housekeeper was the one to find him and that she reported that the tub's jets were still running and that his body was an unnatural color and emitting a smell.

"I went to his bedroom, the bedroom was normal," a friend who visited the house shortly after Carter's death told Entertainment Tonight. "I went to the bathroom where the bathtub was full of water, like, yellowish color."

Beyond the gruesome details from the scene described by TMZ's storied law enforcement sources as "chaotic," the LA County Coroner's Office has deferred a cause of death until the results of a toxicology report. Carter's actual cause of death remains unknown, though reports indicate that police were called because of a "drowning."

Until we get more details, it'll remain unclear exactly what happened the night Carter died. What is clear is that his final years represented a grim downward spiral of addiction, financial issues, and mental health challenges — not just a personal tragedy, but a searing indictment of the way child stars are treated by an industry that treats them as disposable.