New App Claims to Make You Trip Like You're on LSD

According to reviews, it's "surprisingly good." 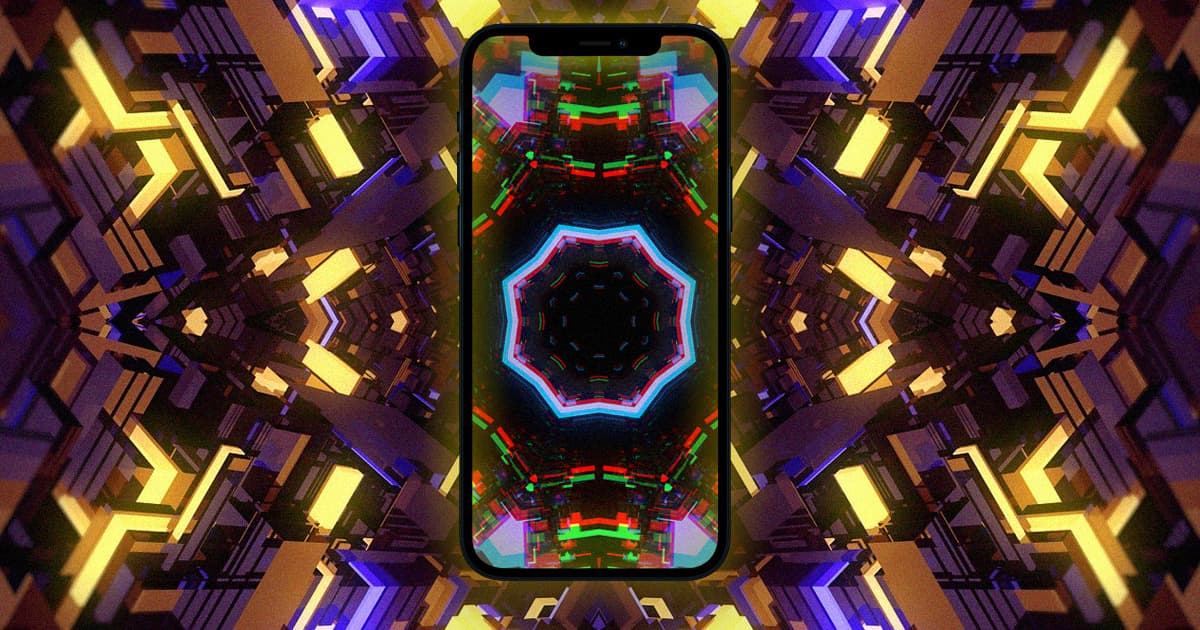 A new smartphone app called Lumenate promises to alter your consciousness, something akin to an LSD trip, using flickering lights.  And according to Vice, it may actually work.

Its creators claim the app can help "guide your brain into a unique and powerful altered state of consciousness between that of deep meditation and classic psychedelics." In other words, a clearer mind or a great night's sleep.

Created by UK software engineers Tom Galea and Jay Conlon, the app's goal is to "make subconscious exploration more accessible than ever before."

"From interviewing people at Burning Man about what freedom means to them, to months of EEG brain scans developing and optimizing our method of inducing altered-states using light and sound, our journey has been anything but ordinary," reads the app's website.

Even high profile celebrity actor and Golden Globe winner Rosamund Pike has invested in the company and is now the company's creative director.

"At a basic level, as the light flashes the brain also flashes in sync, sending a signal that something’s changing," Galea told Vice, "and gradually that synchronization with the light spreads through the brain and allows you to send it into the desired state."

In the real world, that means you'll be holding the flashlight on the back of your smartphone up to your face with your eyes closed while sitting in an otherwise completely dark room.

In this desired state or elevated consciousness, according to Vice, the brain experiences increased functional connectivity and decreased activity in its default mode network. In the most extreme cases, it can give you hallucinations while your eyes are still closed.

The science behind it all still isn't exactly conclusive. In a 2019 study involving 19 students, a research team at Sussex University found that "stroboscopic stimulation caused substantial increases in the intensity and range of subjective experiences, with reports of both simple and complex visual hallucinations." The paper has yet to be peer reviewed, however.

Vice reporter David Hillier described the visuals similar to the "shadowy tableau of fractal light, braiding geometric shapes and perhaps a flashing, Tron-like tunnel that you can follow infinitely" when you scrunch your eyes tightly.

Hillier initially found that the experience was more "'interesting' rather than 'useful.'" In bed, a 20 minute session resulted in him feeling like he had "spent the afternoon absent-mindedly padding around a hotel spa in a safe world where COVID, violence and anxiety don’t exist."

After a few tries however, Hillier concluded that "most people could find a use for Lumenate’s unique brand of solo tripping."

Editor's note 3/31/2021: A previous version of this story mistakenly stated that the app uses the screen to flash lights. In fact, it uses the flashlight on the back of the phone to induce the effects. The story also mischaracterized Hillier's final conclusion. He did in fact find that "most people could find a use for Lumenate’s unique brand of solo tripping" after trying it a few times.

READ MORE: I Tried the App That ‘Makes You Trip’ – and It Was Surprisingly Good [Vice]

More on mind trips: Scientists Made Mice Hallucinate by Shining Light Into Their Brains