Next they want to use the same tech in humans. 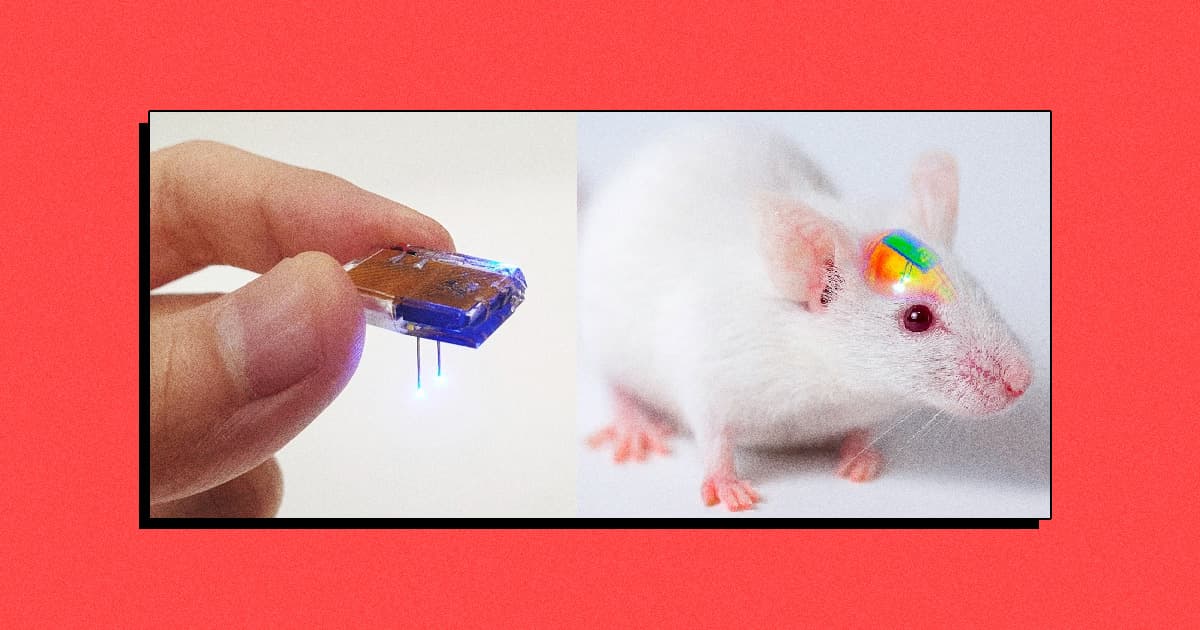 A new neural implant can be operated and charged wirelessly, allowing scientists to control lab rats' brains from afar and in more natural settings.

The team of Korea Advanced Institute of Science and Technology (KAIST) researchers was able to reprogram lab rats' behavior using a smartphone app for "real-time brain control," as a university press release phrases it. And because the implant can be charged remotely, lab animals — and eventually human patients — would no longer need surgery to replace dead batteries or bulky, external hardware to power up their implants, according to research published last week in the journal Nature Communications.

Cutting down on the number of invasive surgeries associated with implants is one thing, but the wireless implant also stands to improve the quality of animal research. Without wireless controls or charging, animals needed to be wired up to power sources or other electronics with invasive, restrictive tethers. Doing away with those allows the animals to behave how they normally would have.

In the case of this particular test, KAIST scientists used the implant to block cocaine-associated behaviors in rats who they had just injected with the drug. But they suspect the underlying tech could be used in all sorts of implants and medical devices.

"We believe that the same basic technology can be applied to various types of implants, including deep brain stimulators, and cardiac and gastric pacemakers," Jeong said in the release, "to reduce the burden on patients for long-term use within the body."

More on neural implants: This Neural Implant Accesses Your Brain Through the Jugular Vein