Incredible: Mixing Vaccines Works, and Is Safe, According to New Study

This could have huge implications for getting more protection in more people, way more quickly — and bringing COVID to heel, too. 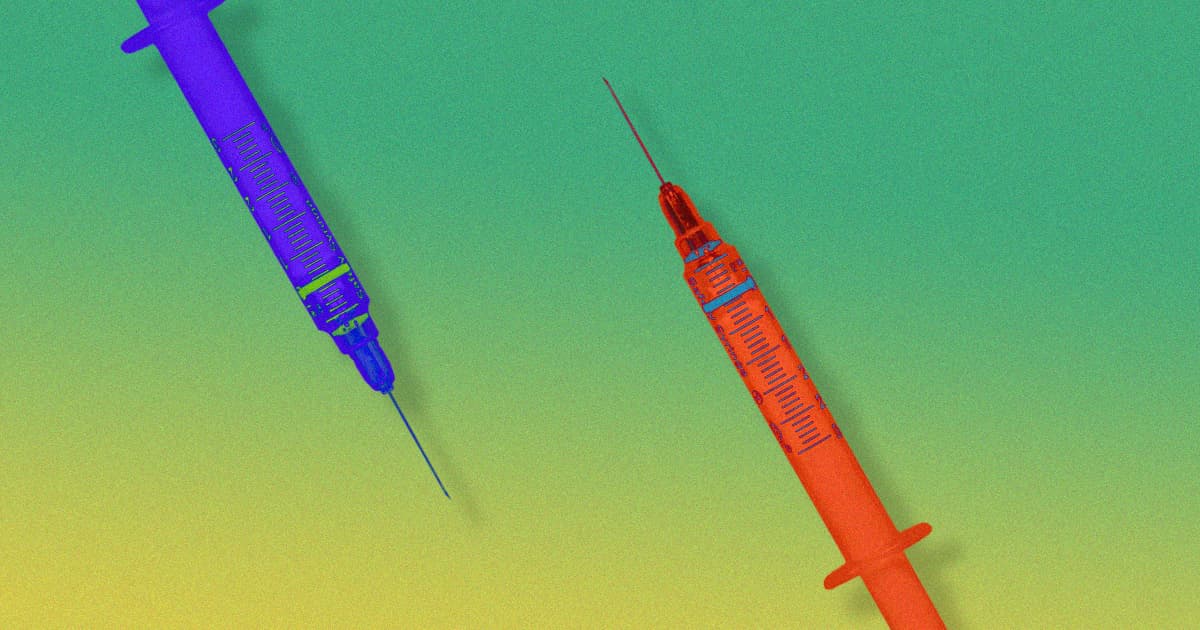 One of the major initial challenges of the COVID vaccine rollout? Making sure anybody who got an initial dose of the Pfizer, Moderna, or AstraZeneca vaccines could be matched with a second dose of the same vaccine. Besides not knowing what it would do if we did vax-mix-and-match, combining different brands of a brand-new vaccine, developed under a year, to fight a brand-new virus? It just sounds like a bad idea.

But the appeal is obvious: As COVID variants with the ability to get around lower thresholds of vaccine efficacy spread around the world, the world needs to make it easier to get people greater amounts of protection, more quickly, in order to bring the virus to heel. From a logistics standpoint, the fantasy scenario is being able to mix vaccines, with excellent long-term results.

And now, the initial results of a small study in Spain are demonstrating a very, very exciting possibility: Holy hell, you can mix vaccines — and it works.

As reported by Nature, a study of 673 people lead by the Carlos III Health Institute in Madrid demonstrating that participants who chased a single shot of the AstraZeneca (a vaccine armed with a harmless ‘adenovirus’ that trains your cells to defend themselves from SARS-CoV-2) with a second shot of Pfizer (an mRNA vaccine, which introduces a piece of mRNA to your proteins, like giving them a blueprint to create defensive antibodies).

On its face, it's surprising that those two different strategies would be effective in tandem. But the mix-and-match strategy “boosted antibody responses remarkably,” per McMaster University immunologist Zhou Xing, who concluded: “This is all around wonderful news.”

The study enlisted 673 people with an average age of 44 who had already received a first shot of the AstraZeneca vaccine. Then the researchers hit 441 of those participants with the AstraZeneca shot — who produced robust amounts of antibodies, especially compared with the 232 who didn’t get that second shot.

This is, of course, great news. But like any great revelation, it comes with its fair share of new questions, as well. What happens to efficacy rates if we need a third “booster” shot? How does the mix-and-match strategy compare with two doses of mRNA vaccines on their own (which trigger better immune responses than the adenovirus vaccines)? And why — as revealed by a recent UK study — does the mix-and-match strategy yield more vaccine side effects than taking two doses of the same vax?

These are all questions we’ll no doubt be getting answers to in the coming months. And yes, even though — as one immunologist Nature spoke with noted — the mixing-and-matching of vaccines is “entirely predictable from the basic immunology,” the knowledge that we can do it safely, with excellent results? Nothing less than a shot in the arm of great news.

Scientists Are Sticking The Same People With Multiple Vaccines