Scientists gave mice the ability to see near-infrared light, which is normally invisible. 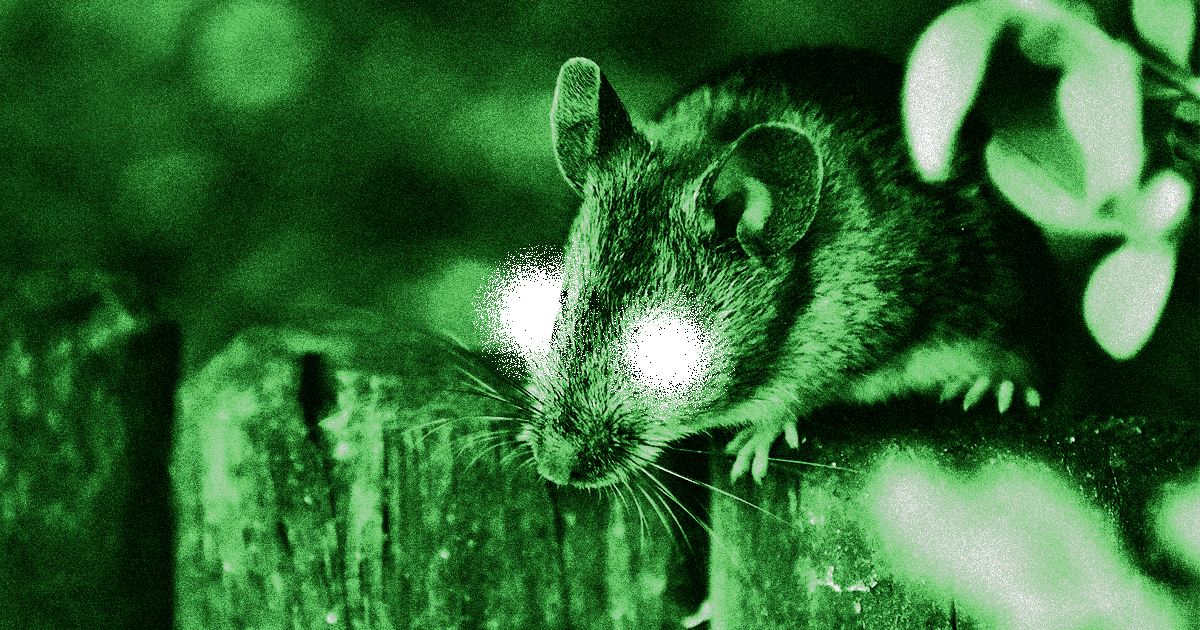 It's something straight out of a Marvel comic book: giving test subjects the ability to see infrared light, similarly to how night-vision goggles work — but without the awkward and bulky apparatus.

Scientists at the University of Science and Technology of China injected tiny nanoparticles that bind to the retina into the eyeballs of test mice, granting them what the researchers called "super vision."

In the new research, described in a paper published in the journal Cell today, the researchers injected "ocular injectable photoreceptor-binding upconversion nanoparticles" into the eyes of mice.

The stunning result: after the injection, the mice were able to see normally invisible near-infrared light — both humans and mice are normally unable to perceive light with wavelengths longer than 700 nanometers — effectively extending "mammalian vision," according to the paper.

The theory is that the nanoparticles bound with the retinal cells responsible for converting light into electric signals. To test the procedure, the scientists shined infrared light straight into the mice's eyes to see if they would react. The pupils of the mice that were injected with the nanoparticles pupils contracted, showing that they could "see" the infrared light. Pupils of control mice without the injection didn't contract.

Luckily, the injection didn't appear to interfere in any way with the mice's normal eyesight. The scientists also didn't notice any other long-term harm except for corneas that clouded over — but only for a day or two.

So what could be the applications of this kind of technology? The scientists believe that these kind of nanoparticles could help repair vision in humans who experience loss of retinal function. It could also prove far less invasive than other conventional vision repair methods, and with fewer side effects.