A Simple Beam of Light Could Catch Zika-Infected Mosquitoes

The diagnostic technique is way faster than most tools we have right now. 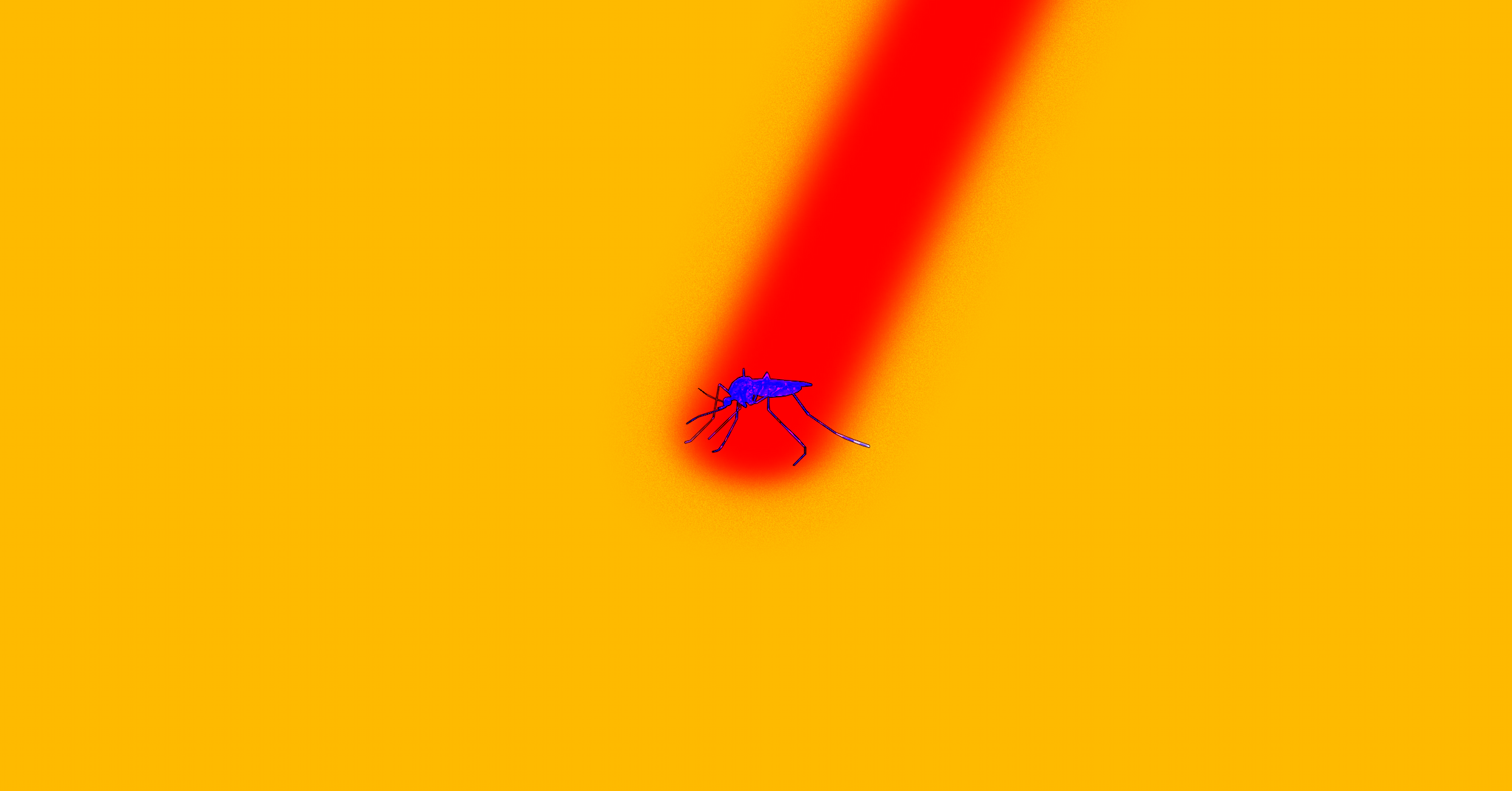 During the 2016 Zika outbreak, Cuba went hard on the insecticides. The country is known for their proactive approach to mosquito-borne illnesses, and their tactics mostly involve closely-monitoring breeding spots like standing water. As successful as this approach is (Cuba’s vigilance kept them from succumbing to “widespread transmission” like every surrounding nation did by November 2016), a research team from Australia, the US, and Brazil thought it might be time for a tool that determines if a patch of mosquitoes has Zika in a matter of seconds.

Their paper, out today in Science Advances, outlines the use of near-infrared light to scan mosquitoes for a Zika diagnosis. The whole inspection happens 18 times faster than traditional methods, a pace that would save public health agencies days.

Unlike visible light, near-infrared light has the right wavelength to pass through living tissue. If a near-infrared beam is trained on, say, an insect, however, not all the photons make it to the other side. Some molecules like melanin and chlorophyll, absorb the light instead. According to this new research, zika-infected mosquitoes absorbed the light in a pattern distinguishable from non-infected mosquitoes.

They discovered this by infecting 135 Aedes aegypti mosquitoes with Zika and leaving another 135 untouched. Four to seven days later, the team scanned every insect’s head and thorax with the spectrometer. About 92 percent of the scannings diagnosed the insect correctly.

As for what chemical changes make Zika mosquitoes different, the researchers exactly aren’t sure. They just know the results weren’t as accurate when they aimed the light at the mosquito’s abdomens, or when they tested them 10 days post-infection. But the lab scanned 100 mosquitoes in 50 minutes. Compared to the two full days it took them to extract DNA and run typical Zika diagnostic tests for the same number of insects, this approach is a huge time-saver.

Though it saves cash in the long run, buying a spectroscopy device is a big investment. Devices sensitive enough to pick up on the nuanced differences between insects cost $60,000. The authors admit that nations with limited disease control budgets might struggle to justify spending this much on a single mosquito-detection tool. While there are models that cost $500, they’re not as precise. But, because owners don’t have to keep buying new chemicals or lab gear for this kind of testing, the cost would be recovered after 10,000 examined mosquitoes.

Besides, the time this device saves could be devoted to other majorly important parts of a Zika outbreak, like treating already-infected citizens and helping children with Zika-related birth defects. And anything that helps solve those problems, and save lives, is definitely worth the money.

5.19.22 Rx/Medicines
Doctors Impressed by Drugs That Rejuvenate Immune System
This could be big.
By Noor Al-Sibai / Read More >>
5.18.22
Pharma Bro Martin Shkreli Released From Prison, Seen Eating at Cracker Barrel
"Biggest piece of s*** on this Earth."
By Lonnie Lee Hood / Read More >>
5.18.22 Treatments
The Pope Says His Preferred Medication for Injury Is Tequila
Pope's lit, baby.
By Lonnie Lee Hood / Read More >>
Keep up.
Subscribe to our daily newsletter to keep in touch with the subjects shaping our future.
+Social+Newsletter
TopicsAbout UsContact Us
Copyright ©, Camden Media Inc All Rights Reserved. See our User Agreement, Privacy Policy and Data Use Policy. The material on this site may not be reproduced, distributed, transmitted, cached or otherwise used, except with prior written permission of Futurism. Fonts by Typekit and Monotype.