Otherwise Healthy Man Found to Be Allergic to His Own Orgasms 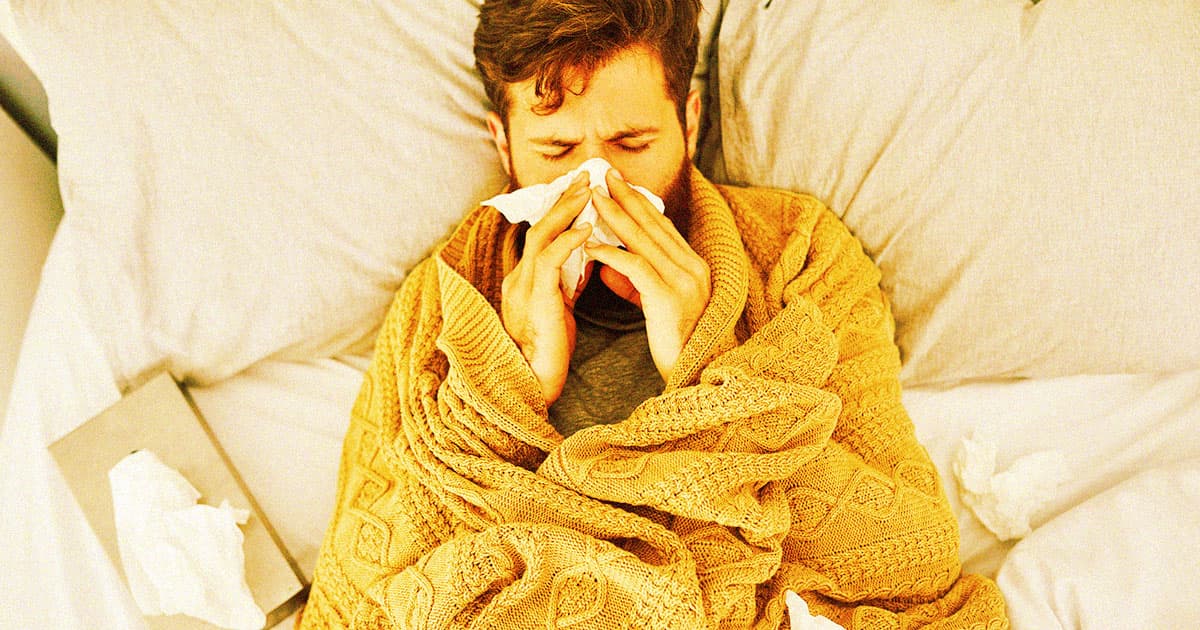 Here's some seriously bad news: you can become allergic to your own orgasms — and we're still not entirely sure why.

A new study published in the journal Urology Case Reports documents how a once perfectly healthy, 27-year-old man suddenly found himself having severe allergic reactions after ejaculating.

The man experienced flu-like symptoms after an orgasm, such as coughing, sneezing, a runny nose, hive rashes on the forearms, and even lymph node swelling, according to the study.

It didn’t matter whether he simply masturbated or had sex — the allergies would flare up whenever he had an orgasm, sometimes immediately, other times slightly delayed.

The patient first started noticing the symptoms when he was 18, and things only went downhill from there. In fact, his symptoms got so bad that the man actively abstained from any romantic pursuits and sex entirely.

And you can't blame him: the symptoms lasted between two to seven days!

His affliction is what's known as post-orgasmic illness syndrome (POIS). And while he may not be alone in having it, POIS is extremely rare.

According to study co-author Andrew Shanholtzer, a medical student at the Oakland University William Beaumont School of Medicine, there are only around 60 documented cases of POIS in medical literature, but the number of people affected is likely higher.

"Many health providers do not know about it, let alone the public," Shanholtzer said in a statement, as quoted by New York Post. "It is more than likely that it is underdiagnosed, with many sufferers out there."

So it's not surprising to hear that the patient was erroneously diagnosed after visiting several different specialists, including an allergist that believed he had hay fever.

Nothing those doctors prescribed him, such as antibiotics, helped with his symptoms. Ultrasounds, semen analyses, and testosterone levels all seemed unremarkable.

Which left one burning question: what caused the symptoms?

Shanholtzer says one possible explanation for POIS is damage to the testicles causing sperm to enter the bloodstream.

As for treating POIS, the researchers note that there have been treatments shown to be effective in the past, such as injecting patients with a diluted form of their own semen and gradually increasing the concentration over time. But those took years before symptoms significantly improved, and were pretty costly, too — not to mention extremely uncomfortable.

For this particular patient, the researchers prescribed antihistamines, and eventually found fexofenadine, an inexpensive drug that is typically used to treat hay fever, to be the most effective with a 90 percent improvement in symptoms.

Still, more research will have to be done to properly evaluate fexofenadine's safety and effectiveness in treating POIS in a larger population, but it's a promising start.

More on sexual health: Bad News: Scientists Say Eating Too Many Edibles May Make Your Balls Shrivel Up