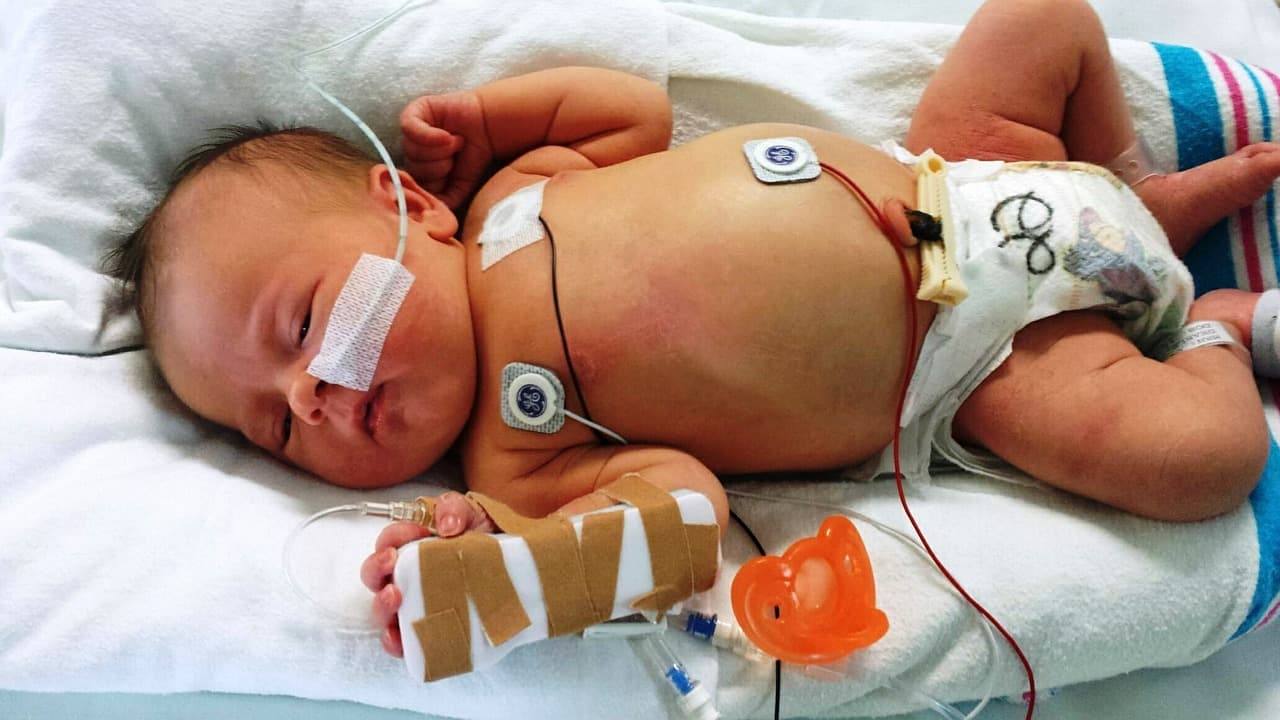 The world can be a harsh place, particularly in the first few months after a baby is born. During those precious moments, a newborn is exposed to a flurry of new experiences and stimuli including, unfortunately, foreign bacteria. Sepsis, the result of a bacterial infection in the circulatory system, is a major cause of infant mortality even in developed nations.

Rapid diagnosis of ill babies is important but can be a challenge in hospitals due to ambiguous clinical signs and test inaccuracies. Now, researchers at the Children's Hospital of Philidelphia (CHOP) have found that by feeding machine-learning models regularly collected clinical data, they could identify cases of sepsis in newborns hours before they usually would. The research team published its findings in the journal PLOS ONE.

To develop machine-learning models capable of detecting sepsis, the research team trained algorithms on retroactive sets of data with the goal of identifying sepsis at least four hours before clinicians had suspected the illness.

Using electronic health record data, such as vital signs like blood pressure and temperature, from 618 infants in the CHOP neonatal intensive care unit from 2014 to 2017, the team trained eight machine-learning models to compare vital signs to 36 potential indicators of infant sepsis. Because the data was retroactive, the research team was able to compare the machine-learning models' accuracy to clinical findings. Of the eight models, six were able to accurately identify cases of sepsis up to four hours earlier than clinicians had.

The team concluded that with additional data to train on the models could become even more accurate over time. "Because early detection and rapid intervention is essential in cases of sepsis, machine-learning tools like this offer the potential to improve clinical outcomes in these infants," said Aaron J. Masino, lead author of the study. According to Masino, the team's findings are a key step in developing a real-time tool for use in hospitals. By following up with more clinical studies the team plans to evaluate the effectiveness of such a system in the hospital setting.

More on Machine Learning: This AI Can Predict Survival of Ovarian Cancer Patients

2.22.19
Hospital Goes Out of Business, Pulls Medical Records Offline
2.10.19
These Gummy-Like Robots Could Keep Us Healthy From Within
1.08.19
This AI Identifies Genetic Disorders by Looking at Face Shape
11.28.18
Amazon's Next AI Bet: Digitizing Medical Records
11.14.18
Google Is Making An "AI-Powered Assistant for Nurses and Doctors”