Did the Chinese embassy cry wolf? 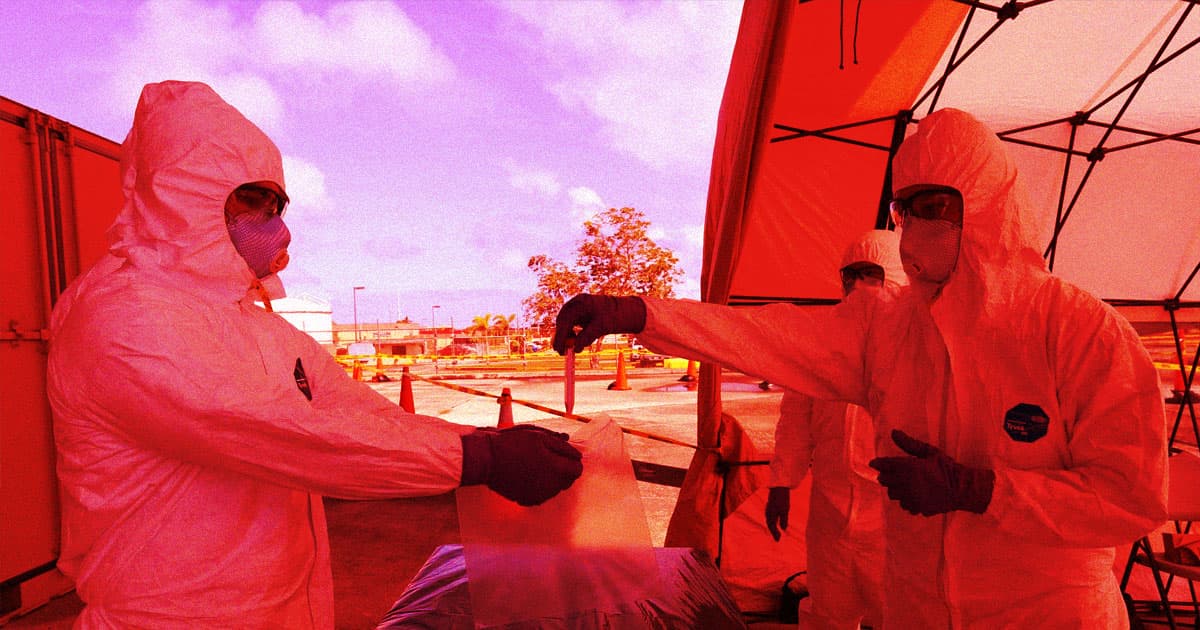 According to an alarming statement by China’s embassy in Kazakhstan this week, a deadly "unknown pneumonia" is spreading in the country of 18 million people — with a mortality rate "much higher than the novel coronavirus."

But now Kazakh officials are firing back. A Facebook post by the Kazakhstan Ministry of Health shows a screenshot of the SCMP article that broke the story, with the words "FAKE NEWS" stamped in red over the top.

"In response to these reports, the Ministry of Health of the Republic of Kazakhstan officially declares that this information does not correspond to reality," the statement read.

Specifically, CNN reports, Kazakh officials say they have been using an "unspecified" category to mark cases in which COVID-19 has been diagnosed by a medical professional, but which haven't been confirmed by a laboratory test — a practice they say was adopted in response to World Health Organization guidelines.

In other words, the spike in pneumonia deaths in the country could end up being chalked up to a statistical quirk of the ongoing coronavirus pandemic, rather than a new disease.

Confusingly, though, the Kazakh officials also acknowledged the existence of "viral pneumonias of unspecified etiology."

For their part, Chinese officials seem confused by the update.

"We would also like to get more information," a spokesman for the Chinese Ministry of Foreign Affairs told reporters on Friday, as quoted by CNN. "China hopes to work together with Kazakhstan to fight the epidemic and to safeguard the two countries' public health security."

That's a step back from the country's verbiage yesterday, but only slightly.

"The country’s health departments are conducting comparative research into the pneumonia virus, but have yet to identify the virus," read the warning to Chinese citizens in Kazakhstan on Thursday, as quoted by the South China Morning Post.

The statement pointed at peaking numbers of pneumonia-related deaths in three different Kazakh cities since mid-June. Registered cases of pneumonia in the country rose by a whopping 300 percent in June compared to June 2019, according to a Thursday briefing by the Kazakhstan Ministry of Health.

More on the mysterious outbreak: China Says There's a New Disease That's Even Deadlier Than COVID