Iranian Health Minister Plays Down Virus Outbreak, Then Catches It

This might be why he kept mopping his brow during a press conference this week. 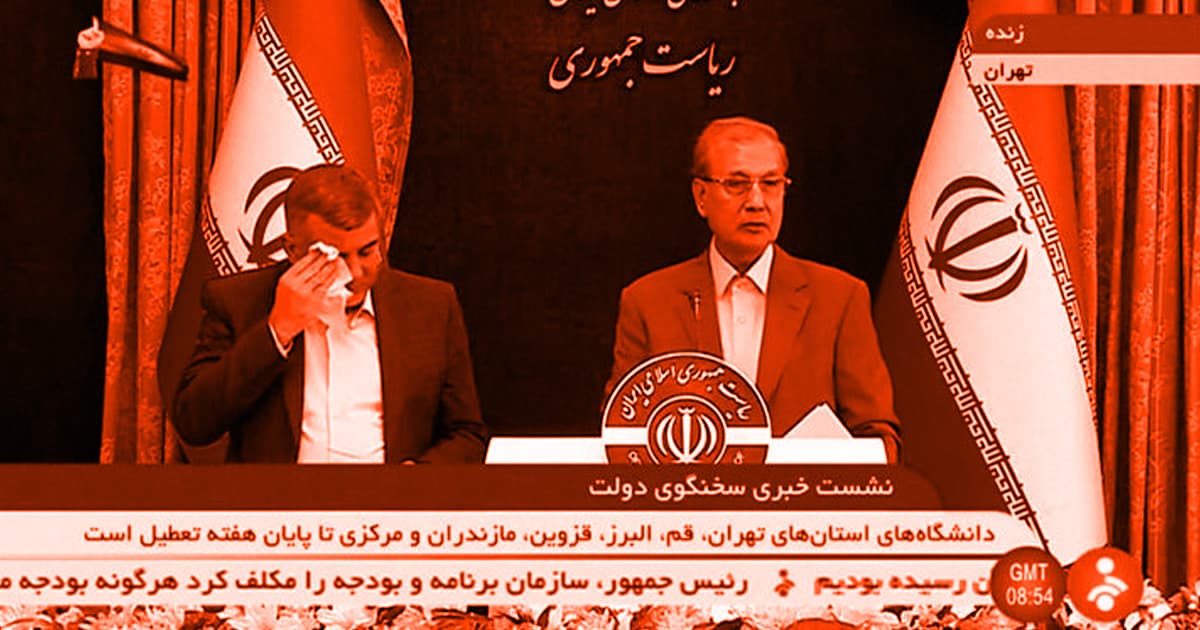 It's an awkward predicament for the minister. On Monday, he was seen repeatedly mopping his brow and occasionally coughing at a conference where Iranian authorities downplayed the scale of the coronavirus outbreak in the country, the BBC reports.

Officials claimed there are 95 cases of the deadly virus in Iran — but experts expect the number to be much higher, according to the BBC.

The virus is sweeping the globe at an alarming rate. At press time, more than 80,000 cases have been confirmed worldwide, with roughly 2,700 deaths.

Outbreaks in Italy, South Korea and Iran have officials worried that the outbreak can no longer be contained, according to World Health Organization officials.

The outbreak in Iran is particularly troubling, with large assembly areas including places of worship still welcoming pilgrims from around the globe.

"We will definitely be victorious against this virus in the next few weeks," Haririchi said in the video posted to Twitter, as translated by the BBC.

More on Iran: Iran Tries to Pass Off $20 Walmart Costume as Space Suit