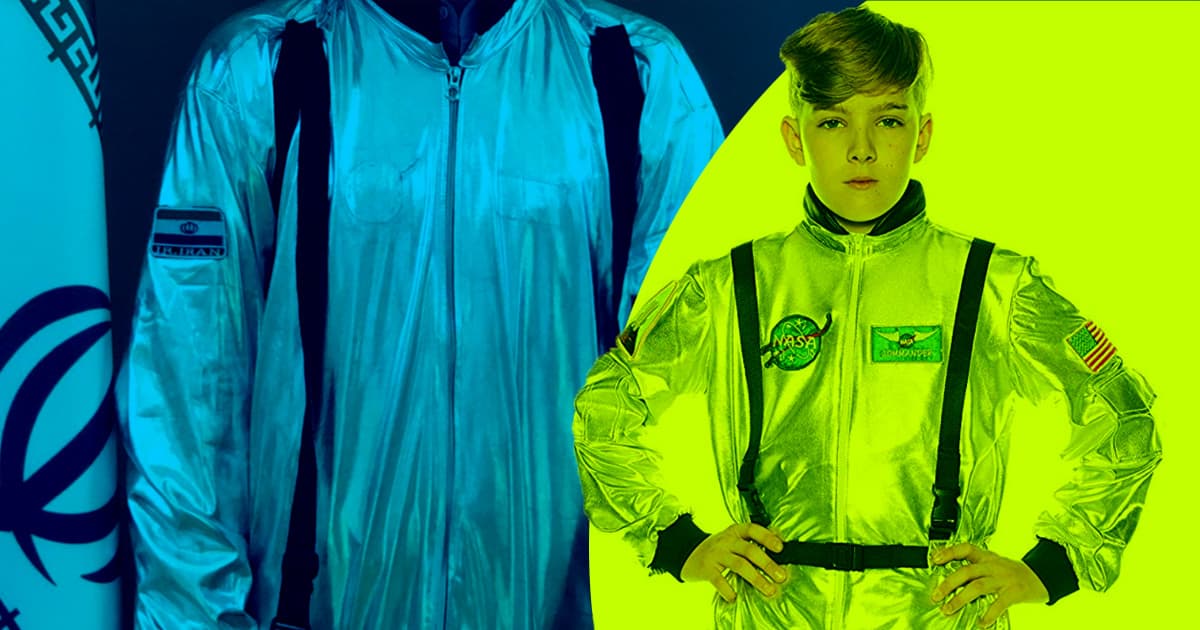 Iran Tries to Pass Off $20 Walmart Costume as Space Suit

This Iranian space suit is a real bargain.

This Iranian space suit is a real bargain.

But users were quick to point out that the alleged space suit was actually a $20 Halloween costume, sold by online retailers including Amazon and Walmart.

The smoking gun is what appears to be two outlines — one rectangular and one round, on the chest area of the suit — that perfectly align with two fake NASA patches found on the children's costume, The Drive points out.

After being founded in 2004, Iran's space agency has launched a number of satellites into orbit over the last decade — but has yet to send any astronauts into space.

The preposterous tweet feels reminiscent of previous attempts by Iran's Revolutionary Guard Crops, a paramilitary militia, to pass off a "Qaher 313" stealth fighter" mockup as the real thing — there's still no evidence it can actually fly, despite unconvincing video footage of a test flight involving a small-scale drone, The National Interest reported in October.

The militia even claimed to have developed, or helped develop, the US Space Shuttle in a recently erected billboard, according to The Drive.

It's a tough era for Iran's space efforts. An Iranian satellite Zafar 1 failed to reach a high enough speed on Sunday to enter orbit after liftoff, as Space.com reports.

READ MORE: Iranian Minister Tried To Pass Off A $20 Halloween Costume As A Real Spacesuit [The Drive]

IranCoin
Iran Blames Bitcoin For Massive Electric Grid Blackouts
1. 25. 21
Read More
War on the Web
Here’s How an Iranian Cyberattack Could Affect You
1. 6. 20
Read More
Iran May Move to Create Its Own National Cryptocurrency
2. 26. 18
Read More
+Social+Newsletter
TopicsAbout UsContact Us
Copyright ©, Camden Media Inc All Rights Reserved. See our User Agreement, Privacy Policy and Data Use Policy. The material on this site may not be reproduced, distributed, transmitted, cached or otherwise used, except with prior written permission of Futurism. Articles may contain affiliate links which enable us to share in the revenue of any purchases made.
Fonts by Typekit and Monotype.