Your vape pen might be dosing you with the same toxic chemical used in the Jonestown Massacre. 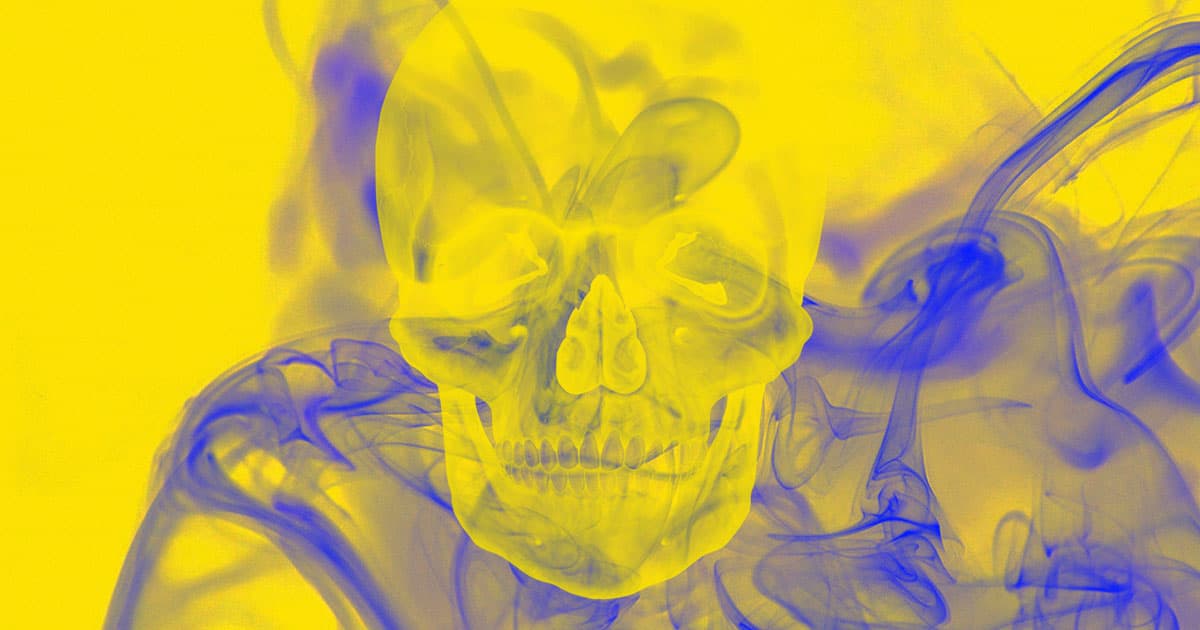 Prepare to meet your vape god.

In a new investigation, NBC News tested 10 bootleg THC vape cartridges — and found that every single one contained a fungicide that, when heated, can turn into hydrogen cyanide, the literal poison used for the mass-suicide at Jonestown.

The investigation comes as a mysterious vaping-related respiratory ailment, now linked to 12 deaths, is sweeping the country.

Some researchers have blamed the deaths and hospitalizations on Vitamin E acetate, a compound that shows up in many vape pens. But a consensus on the cause of the outbreak remains elusive.

NBC's investigation doesn't necessarily prove that cyanide is the cause of vape lung. But it's certainly a worrisome new piece of the puzzle.

"You certainly don’t want to be smoking cyanide," Antonio Frazier, the vice president of operations at cannabis testing lab CannaSafe, told NBC. "I don’t think anyone would buy a cart that was labeled hydrogen cyanide on it."