This Chemical May Be Causing Vaping-Related Deaths, Hospitalizations

"The lungs are designed to exchange gas molecules; they’re not designed to be exposed to other chemicals." 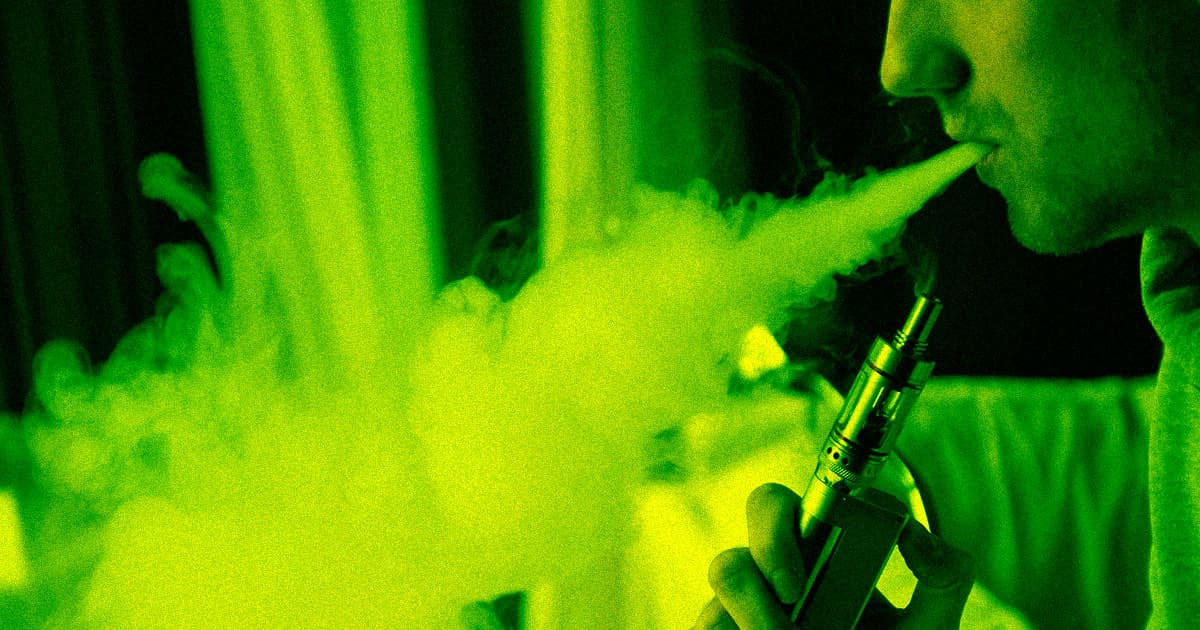 Since late June, more than 200 people in 25 states have contracted a severe respiratory illness. Two of those people went on to die from it, and the only connection health officials could see between the cases was that each patient had vaped prior to experiencing symptoms.

But now, the Food and Drug Administration (FDA) believes it's found a new clue connecting these cases: vitamin E acetate.

Vitamin E is present in many foods, from almonds to olive oil. Its acetate form, meanwhile, is often ingested as a nutritional supplement and used topically in lotions and skin treatments.

During a call with state health officials this week, FDA investigators said they'd found the chemical in samples of vaping products used by patients who'd come down with the sickness all across the U.S., The Washington Post reported on Thursday.

That same day, the New York State Department of Health published a press release noting that it had found "very high levels of vitamin E acetate" in almost every cannabis sample it analyzed as part of its own investigation into the illness.

Vitamin E acetate is a particularly promising lead because, while it might be safe to eat or apply to one's skin, experts aren't entirely sure what it does to the human body when vaporized and inhaled.

"We haven’t looked at the toxicity of vitamin E in the lungs," e-cigarette researcher Laura Crotty Alexander told WaPo. "The lungs are designed to exchange gas molecules; they’re not designed to be exposed to other chemicals."

Still, while the identification of any connection between these cases is helpful, health officials are quick to note that the mystery surrounding the strange vaping-related lung sickness is far from solved.

"No one substance, including Vitamin E acetate, has been identified in all of the samples tested," FDA spokesperson Michael Felberbaum said in a statement. "Importantly, identifying any compounds that are present in the samples will be one piece of the puzzle but will not necessarily answer questions about causality."