"Out of every five people that walk into my office that want it, probably only one is a good candidate for it." 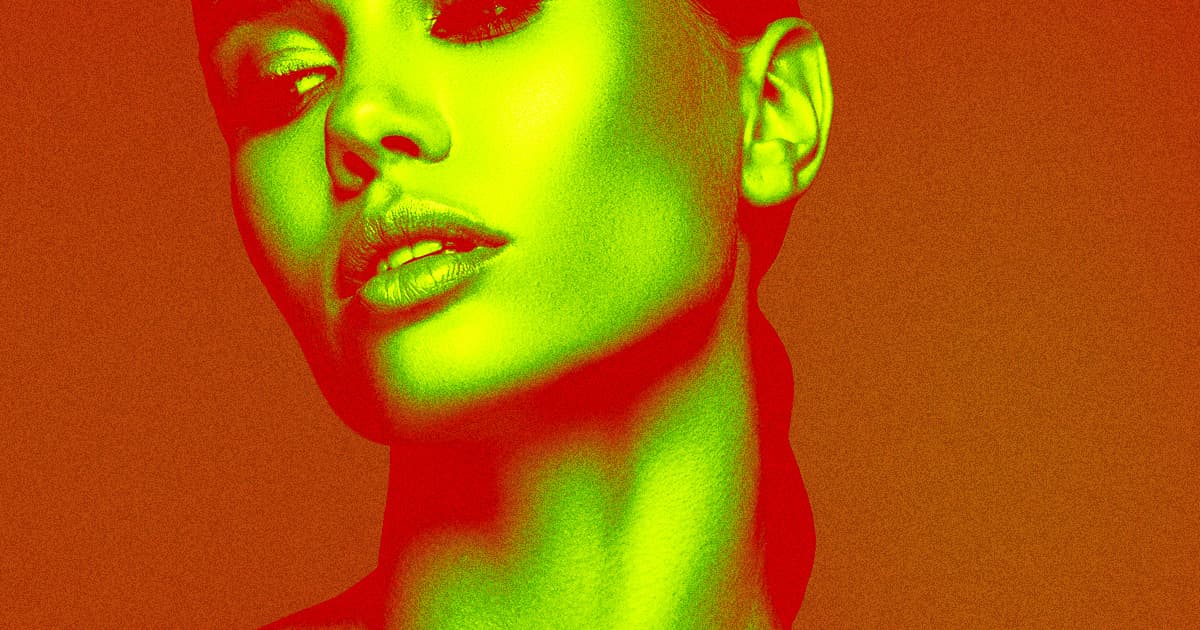 After actress Lea Michele dropped a couple photos on Instagram of her face looking suspiciously hollower than what people expected, social media — Twitter especially — became alight with speculation that she'd had the surgery known as "buccal fat removal," which removes a pad of fat from the lower face.

All of a sudden, everyone had to learn about the cosmetic procedure against their will.

"What the fuck is buccal fat," quipped internet funny person Trash Jones, and "how are they still inventing new flaws for us."

Buccal fat removal isn't anything new, but it has quietly gained favor among actors and influencers. And now, it's getting an unexpected spotlight, too.

"The surgery has been around for many years, but with the advent of social media, I think it's really seen a resurgence and popularity," plastic surgeon and buccal fat expert Ira Savetsky told The Daily Beast. "The reason why buccal fat pad removal is so popular is because the jawline has become really popular. Everyone wants a snatched jawline, that's what the kids are saying these days."

Richard Swift, also a plastic surgeon, believes that Michele and fellow actress Zoë Kravitz have both gone through with the procedure.

"I think Lea and Zoë have much more definition than they had before," Swift told the Beast. "Zoë Kravitz had more of a baby face, and if you look at the submalar area, that's really well defined now."

Buccal fat removal is also relatively cheap, quick and easy — only taking 20 minutes and $5,000 in New York City, according to Savetsky — making it all the more enticing for influencers to give it a try, as well as their susceptibly insecure followers.

While it may give you those Robert Pattinson worthy sunken cheeks you always desired in the short term, though, there can be some major downsides as time goes by.

For one thing, you'll probably be happier if you make peace with how you already look. For another, the procedure may well actually backfire.

"The drawback is that from an aesthetic standpoint, facial fat is very precious, and we learned from anatomy studies and studying how people age that as we get older we lose fat in the face," Savetsky explained. If a patient goes through with the procedure even though they don't have "excess" buccal fat, "you're going to look overly hollow as you get older."

"Out of every five people that walk into my office that want it, probably only one is a good candidate for it," he added.

Furthermore, reversing the procedure by adding some healthy fat to the face is difficult and costly.

"When I'm doing a facelift for an older woman I am putting fat back into her face," Savetsky told the Beast, "but adding fat back into that space is very, very difficult, because it's a deeper area. It's almost irreversible."

Unfortunately, that kind of forward thinking hasn't stopped the surgery from latching on, primarily among young women. There's even a whole corner of TikTok spotted by the Beast that's dedicated to the practice of traveling to Mexico, where the procedure is even cheaper, to get buccal pads removed.

It's cheap to buy in, but expensive to back out — so maybe buck this latest buccal trend.

More on: Inside the Minds of the Short Men Who Get Their Legs Broken to Add 3-6 Inches of Height

9.15.22
Inside the Minds of the Short Men Who Get Their Legs Broken to Add 3-6 Inches of Height
2.17.22 Treatments
Supermodel Says She Was "Permanently Deformed" by Cosmetic Procedure
12.03.19 Studies
Surgeons Use Eye-Tracking Tech to Find the "Perfect Boob"
2.03.23 Developments
New Law Would Let Prisoners Donate Their Organs to Get Out Early
2.02.23
Unfortunate Redditor Says They Had Diarrhea in a Sensory Deprivation Tank