Mall Santas have never been quite as dystopian as they are in the age of COVID. 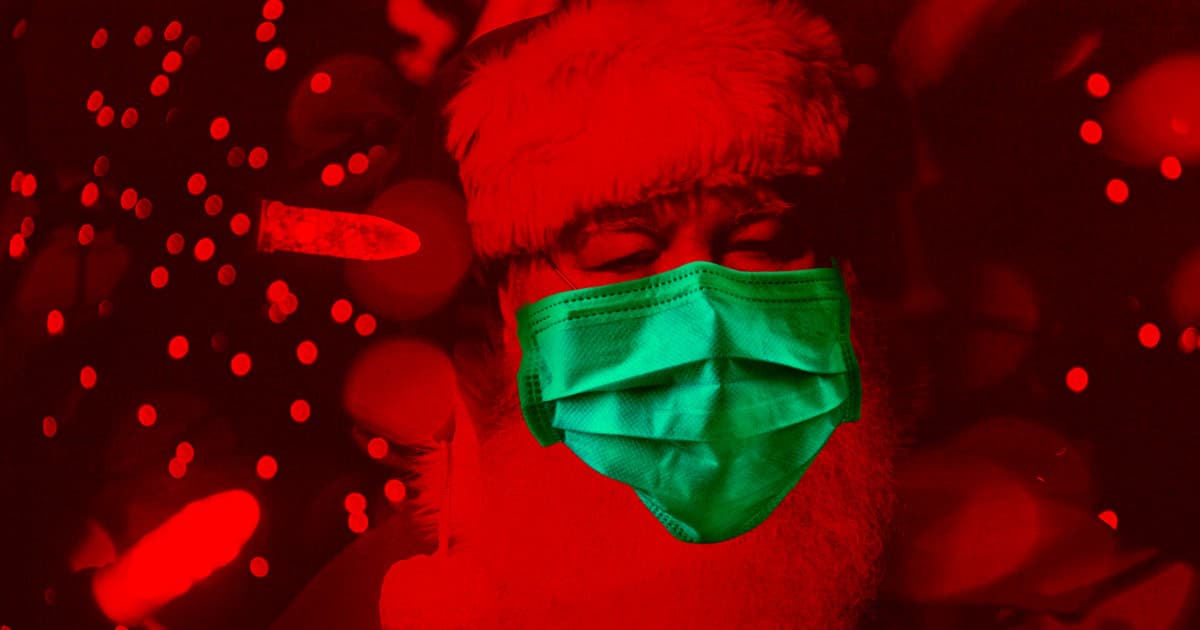 This year, sitting on Santa's lap could get you a deadly virus for Christmas.

But to make sure kids get the same mall Santa tradition that's continued for decades — or at least something resembling it — some companies have adapted to the dangers of the COVID-19 pandemic to find a safe alternative. That means video calls with AI Santas, and for those who would venture out to the mall, lots of protective barriers between them and Saint Nick.

Take, for instance, the AI media company StoryFile, which just launched AskSanta.com. On it, kids can sign up to talk to a digital avatar version of Santa in the form of a Zoom-like video call to his putative workshop at the North Pole, during which Santa might putter around or answer questions.

“The StoryFile team decided to bring AI Santa to every child for the holiday season, since they wouldn’t be able to visit him in person this year," StoryFile CEO Heather Smith said in a press release. "I am very excited to announce that AI Santa is here and ready to talk to you all!"

Other options for families who absolutely must risk life and limb to meet Santa this year are decidedly less high-tech — but perhaps more of a reminder of the dystopia we all find ourselves in this year.

For instance, the Associated Press reports that stores are plopping a mall Santa — a real one this time — inside a plexiglass box so that kids can approach but not contaminate the performer.

A Bass Pro Shop in Connecticut put its face shield-wearing Santa inside a plexiglass box that kids can approach, the AP reports.

The Capital City Mall in Pennsylvania spruced it up even further by turning the plexiglass cage into a sort of giant picture frame, giving families more of a staged photo op, even if the kids have to keep their distance.

READ MORE: The First Ever AI Santa Claus is Coming to Town for Christmas 2020, Powered by StoryFile [StoryFile]