Even if for a monster like him, is the future of prison in America? 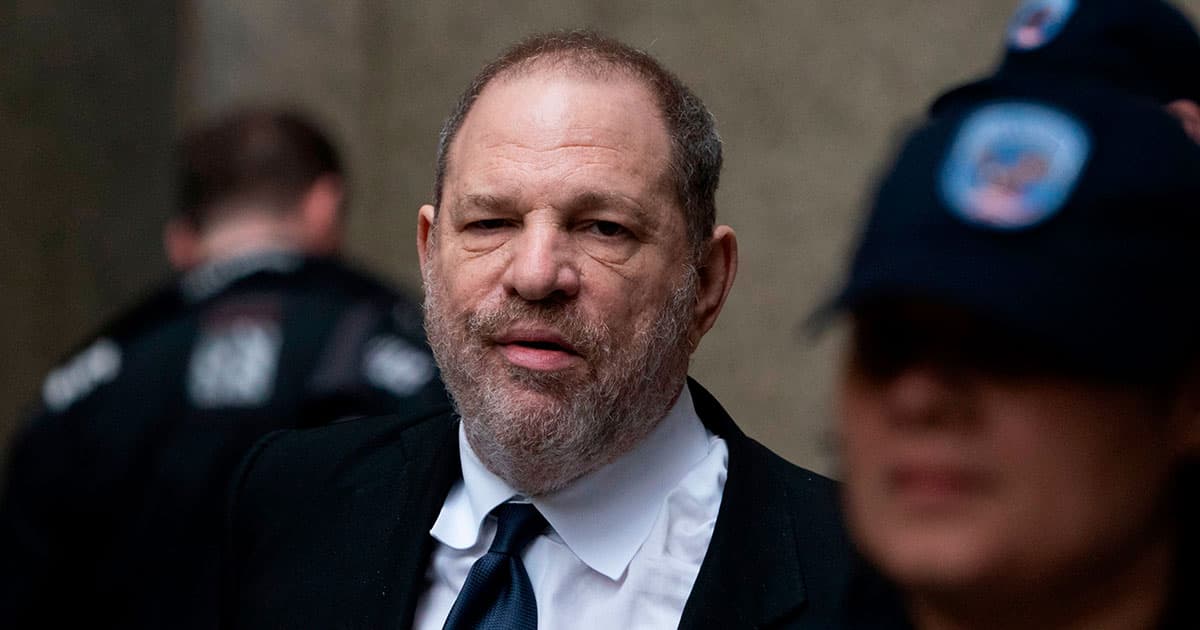 Disgraced mega-producer and convicted rapist Harvey Weinstein's health has dwindled in recent years, at least according to himself and his lawyers — the former film exec, who now uses a wheelchair, is said to be losing his vision and has complained of a number of dental ailments as well. And now, as Weinstein awaits a slew of upcoming court proceedings, he's allegedly begging the court to release him for emergency dental care.

"This situation is an emergency," Weinstein told the court on Wednesday, according to the New York Post. "I will pay for the dentist… it will be one trip and one trip only."

"I'm in pain every day. I have cavities and I can't eat because I'm missing teeth," he continued, adding that the prison has given him two choices: have his teeth pulled and not replaced, or suffer from grueling tooth pain and any side effects that come with it.

We'll preface this by saying that yes, Weinstein is clearly a monster. Objectively so. He's already serving a 23-year sentence for three sex crime convictions, and is currently in pre-trial for 11 additional rape and assault accusations. If for some reason you were to make a list of People Who Deserve Teeth More Than Others, we're sure that Weinstein wouldn't be high up there.

That being said, this isn't a question of whether certain individuals deserve teeth or not. That's a wildly dangerous thing to ask, and something that no one should be asking. American law states that those in prison have a right to necessary medical, dental, and mental health services, and pulling someone's rotten teeth out and calling it a day — or leaving decaying teeth to painfully rot — sounds like far from adequate healthcare. Thus Weinstein's ordeal, terrible as the man is, calls the broader issue of the prison healthcare system into question.

"Inmates actually are very high users of medical services," Nicholas Scharff, a corrections physician, told a public radio station called WHYY back in 2021. "They have had a lot of physical trauma. So they've got a lot of orthopedic problems, a lot of chronic pain. They have a lot of psychological trauma. And they have a real burden of other diseases, at least commensurate with the general population."

Scharff has a point. Afflictions like addiction and mental illness are often the reason why people are imprisoned in the first place, and as of 2021, over 40 percent of incarcerated people suffered from chronic illness. The American inmate population — the largest prison population in the world, by an absolute landslide — is also disproportionately black, brown, and poor, which are all factors that play a major role in health outcomes.

And it's often difficult for people there to obtain the services they need — a reality that the COVID-19 pandemic so painfully illustrated. Studies have revealed a deep mistrust between prisoners and corrections staff, while other investigations have argued that there's a lack of care, training, and proper resource allocation from the top down.

"What I would do to nurse myself back to health, was just drink the water from the sink in my cell," Adnan Khan, the founder of Re:Store Justice, told the station in the same story. "Because I already knew that the help that I needed [would] not be able to provide for me."

Again, this isn't a sympathy case for Harvey Weinstein. Terrible guy. But his dental ordeal — and the pleas he's made for proper care — are emblematic of an issue much bigger than him. At the end of the day, access to medical and dental care are human rights. And when we start asking questions about who deserves teeth and who doesn't, it can lead us down a dangerous road.

READ MORE: Harvey Weinstein asks judge for a private dentist appointment or fake teeth so he can look more 'presentable' before sex crimes trial: 'This situation is an emergency' [Business Insider]

More on prisons and healthcare: Inmates Treated with Ivermectin Without Their Knowledge