The two most contaminated Juul flavors were exempt by the FDA's new ban. 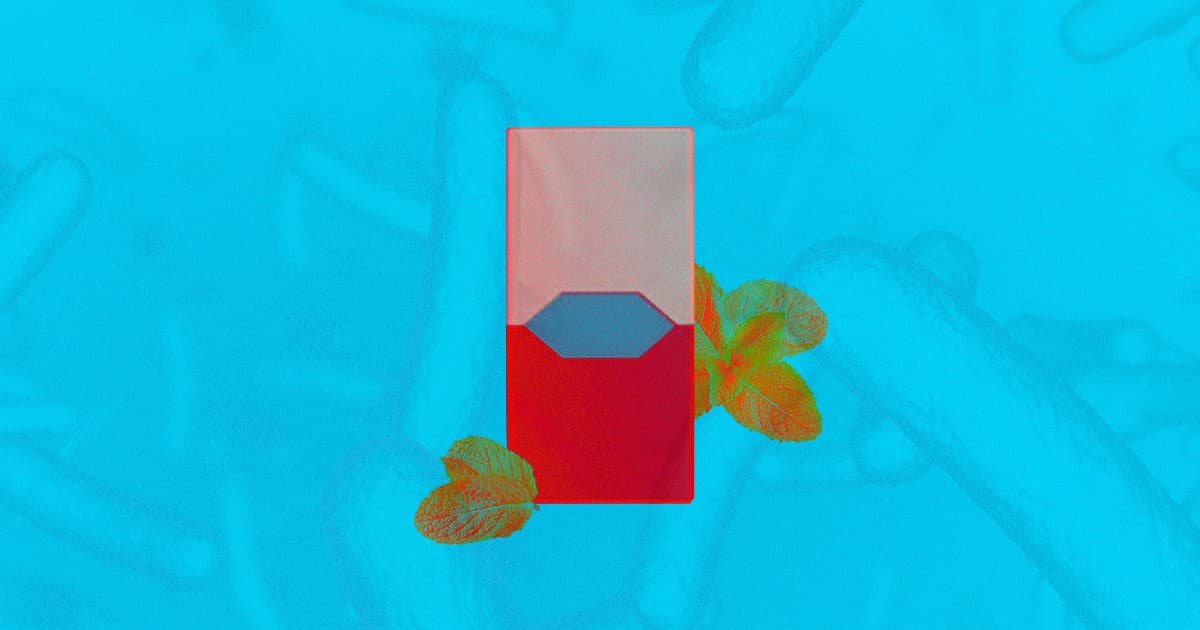 Endotoxin is a microbial agent and a component of the exterior cell wall of certain types of bacteria, including E. coli. Luckily, endotoxin levels were found to be below the limit of detection in Juul's pods according to a study on the findings published in the American Journal of Respiratory and Critical Care Medicine.

But 46 percent of the 54 Juul pods they analyzed contained detectable traces of glucan. Glucan is a component of fungal cell walls that can cause inflammation in the airways and lead to long-term lung damage, according to the researchers.

Two flavors, tobacco and menthol, were far more contaminated with glucan than other Juul pod flavors.

The news comes after the U.S. Food and Drug Administration announced on Thursday that it is banning all fruit and mint-flavored nicotine vaping pods in order to reign in use by teenagers.

Notably exempt in the FDA's new rules: tobacco and menthol — the two flavors that were found to be most contaminated with glucan.

The researchers still aren't sure why Juul's tobacco exhibits these high levels of glucan. Co-author David Christiani did however note in a statement that he doesn't believe the glucan levels are linked to the mysterious "vaping illness" that has claimed the lives of more than 50 people as of December.

This new study falls in line with what the team found while analyzing competing brands' products as well. A previous study conducted by largely the same team of researchers published in April found that 17 of 75 e-cigarette products from 10 top selling U.S. brands were also contaminated with endotoxin. 61 of 75 contained traces of glucan.

The researchers are calling for stricter rules surrounding the sale of these products.

"There needs to be much stronger regulation of the production and purity of the compounds used in e-cigarettes," Christiani told NBC News in April. "People should not assume that e-cigarettes are safe."

More on vaping: FDA Bans All Vape Pod Flavors Except Tobacco and Menthol