You're a third more likely to develop chronic lung disease if you vape. 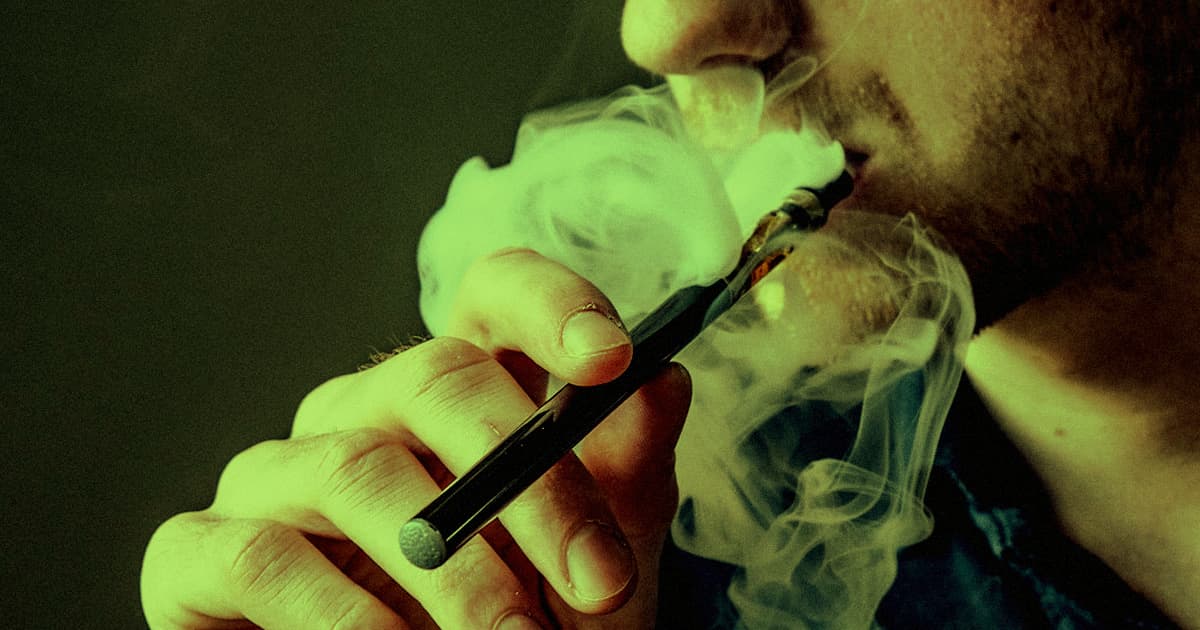 A first-of-its-kind health study has yielded bad news for e-cigarette users — and even worse news for those who both vape and smoke conventional cigarettes.

On Monday, a team from the University of California, San Francisco, published the results of the first long-term study focused on the relationship between e-cigarettes and respiratory illness in the American Journal of Preventive Medicine.

For the study, they analyzed data collected as part of a study called the Population Assessment of Tobacco and Health (PATH), which tracked the tobacco usage of more than 32,000 American adults from 2013 to 2016, noting any new lung disease diagnoses they received.

The UC San Francisco team looked at people who had no reported lung disease at the beginning of the PATH study and found that vaping alone increased their chances of developing chronic lung disease by about a third over the course of the study's three years.

"We concluded that e-cigarettes are harmful on their own," researcher Stanton Glantz said in a press release, "and the effects are independent of smoking conventional tobacco."

Using traditional cigarettes made a person 2.6 times more likely to develop lung disease, so it would seem that vaping is comparatively safer than smoking, as some vape manufacturers have claimed.

The problem, though, is that the vast majority of e-cigarette users don't fully give up smoking cigarettes — and using both forms of tobacco more than triples a person's risk of developing lung disease.

"Switching from conventional cigarettes to e-cigarettes exclusively could reduce the risk of lung disease, but very few people do it," Glantz said. "For most smokers, they simply add e-cigarettes and become dual users, significantly increasing their risk of developing lung disease above just smoking."