"It was just a matter of time." 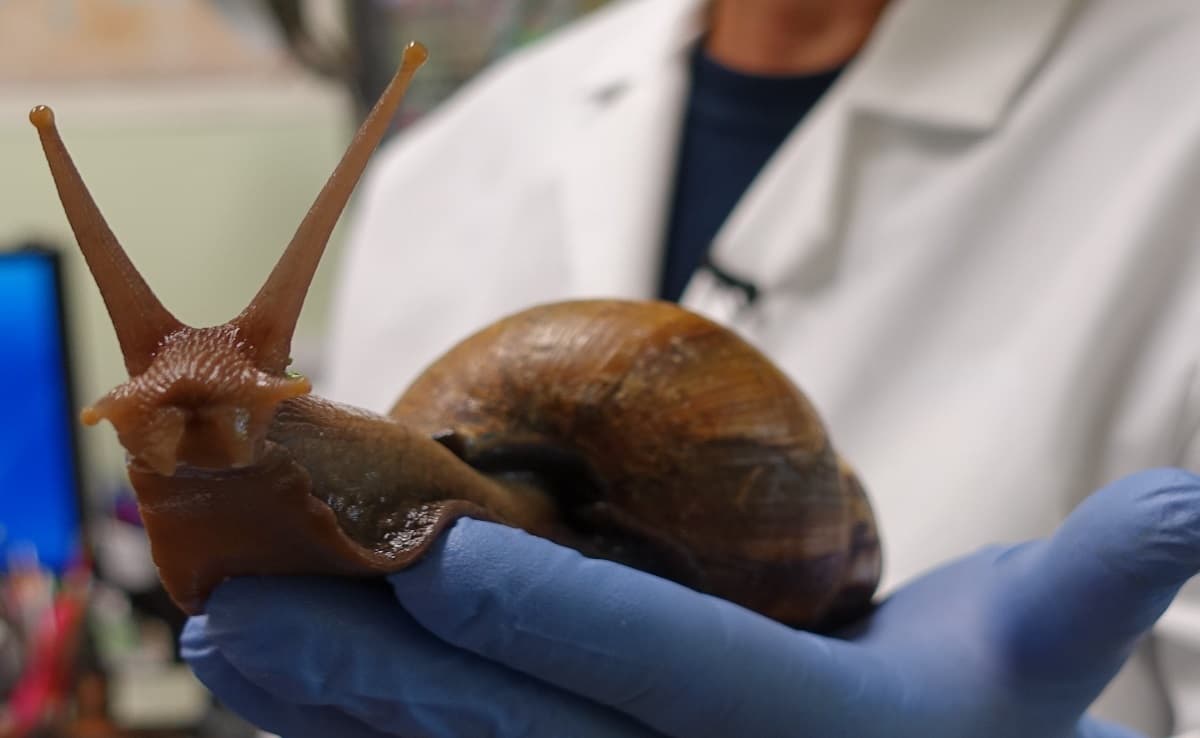 It was only a matter of time before scientists found rat lungworm, a potentially deadly parasite, among the thousands of giant snails invading Pasco County, Florida.

Authorities have found and killed around 2,000 of the Giant African Land Snails, or GALS, since they were found in June. Florida Department of Agriculture nematologist Jason Stanley warned local news station WFLA about the parasite yesterday.

"On Friday, our nematology lab in Gainesville found rat lungworm in some of the snails," Stanley told WFLA. "Which we sort of expected to find, it was just a matter of time. And that’s a parasite that can cause meningitis."

The snails are popular as pets, and this particular group has mottled shells and cream-colored bodies, Stanley told Fox 13 Tampa Bay in a video interview. The problem is people grow tired of caring for them or become overwhelmed by the snails' ability to lay thousands of eggs. They release the hardy snails, which then feed on 500 types of plants and even stucco buildings, gaining a slimehold on the local environment.

Despite being illegal, Florida has twice before had to eradicate GALS populations. Earlier this month, Food Safety News explained that the the snails were first found in the US in the 60s, and that it took 10 years and $1 million to get rid of them. After a reinvasion in 2011, eradication efforts lasted until 2021 — and now, evidently, there's been a fresh flareup.

Since the most recent sightings, the affected Pasco County community has been on quarantine. Residents are being advised not to touch or move any of the snails they see, and for good reason. In 2018, an Australian teen made international news after consuming a slug on a dare. He contracted rat lungworm, the same parasite found in Florida's GALS, and passed away shortly after (the CDC officially advises the public not to eat "raw or undercooked" slugs or snails.)

Once again, irresponsible pet owners are putting Florida residents in danger. And they've also caused the death of thousands of snails, who most certainly did not ask to move to Florida, nor to carry a parasite in the first place.