We Did It Joe
Jul 21 / by Victor Tangermann 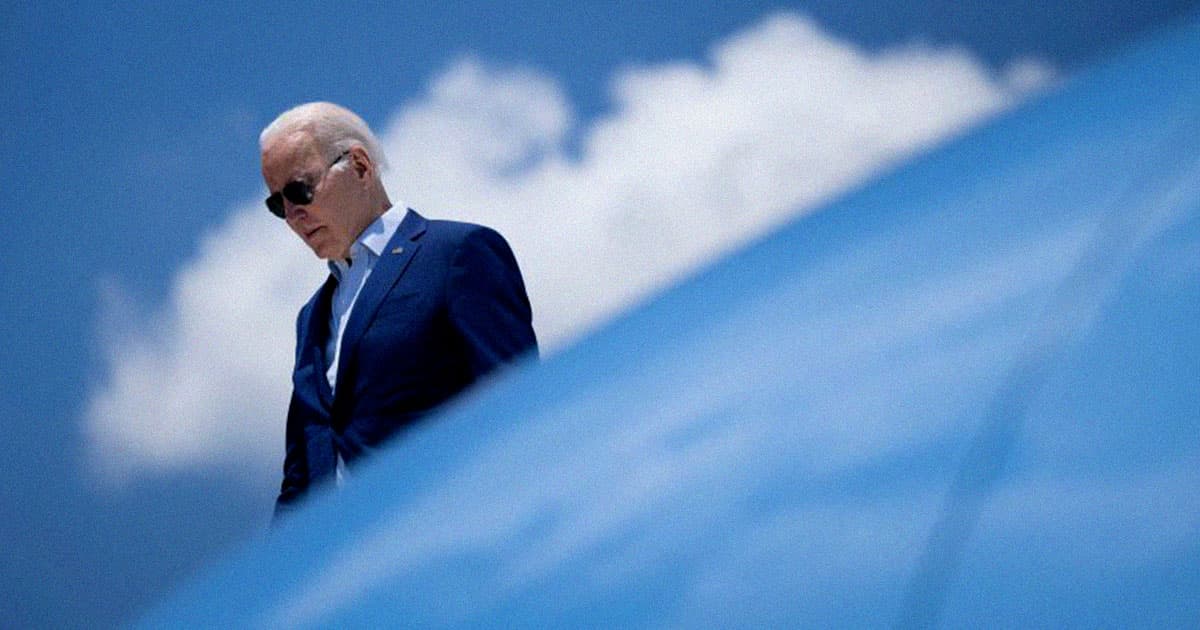 According to a White House statement, president Joe Biden has tested positive for COVID-19.

In other words, it appears to be yet more evidence that vaccinations are indeed effective at preventing more severe symptoms of the disease — even for people of Biden's age. The president turned 79 in November.

He's not the first US president to test positive for COVID. In October 2020, president Donald Trump and his wife Melania both tested positive.

Biden will be participating in his planned meetings as scheduled "via phone and Zoom from the residence," according to the statement, to avoid infecting others.

He is also taking Paxlovid, a commonly used COVID treatment drug produced by vaccine maker Pfizer that's been shown to significantly reduce the risk of death from the coronavirus.

"Out of an abundance of transparency, the White House will provide a daily update on the President's status as he continues to carry out the full duties of the office while in isolation," the White House said.

More on COVID-19: Trump Admits That He Can't Mention the COVID Vaccine in Front of His Followers

8.07.22 Rx/Medicines
Hundreds May Have Polio, New York Health Officials Say
5.22.22 Developments
Joe Biden is Worried About Monkeypox
5.03.22 Developments
Chinese Nursing Home Brings Resident to Morgue While Still Alive
4.21.22 Developments
Censors in China Are Having a Hard Time Silencing All the Rage Right Now
4.07.22 Developments
It Is With Great Regret That We Inform You That We May Be Getting Slammed by Another COVID Wave