Fauci: Single-Shot COVID Vaccine Could Be Approved Within Weeks

This could be a game changer in the war on COVID. 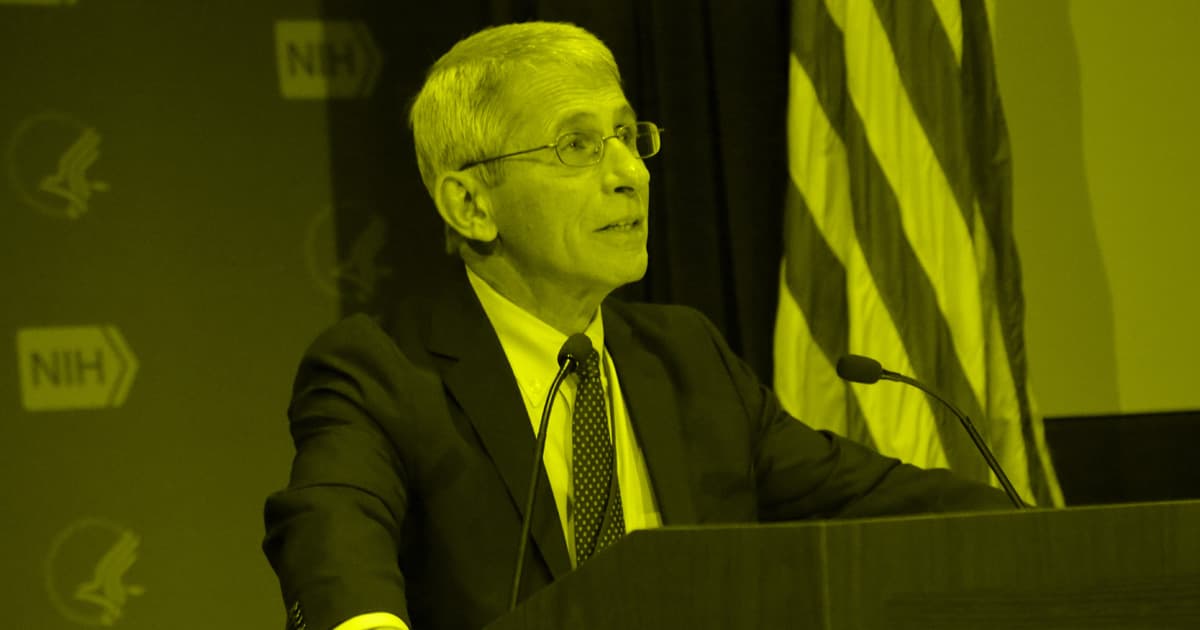 The United States’ top infectious disease expert, Anthony Fauci, believes we are just weeks away from the approval of a single-dose vaccine for COVID-19.

Both vaccines that are currently available in America require two doses, spaced several weeks apart. But speaking with MSNBC‘s Rachel Maddow, Fauci said that “I would think that no more than two weeks from now” until a one-dose vaccine is approved by the FDA.

“We’ll look at the data, determine if it’s ready to be given to the public, to the companies so that they can go to the FDA and ask to see if they could get an emergency use authorization,” he said.

“You know, I don’t want to get ahead of them, but I have to tell you, I would be surprised if it was anymore than two weeks from now that data will be analyzed and decisions would be made,” Fauci told Maddow.

The news comes as policymakers have been grappling with the question of whether it makes sense to delay the second dose of two-dose vaccines so that a larger number of people could be inoculated.

That would be a response to a worsening crisis. New variants of the virus have resulted in spiking numbers of new cases around the globe.

But an effective — and safe — single-dose vaccine could be a game changer. Fauci noted that results can be seen significantly sooner with a single dose vaccine, about 10 to 14 days after getting the shot.

Such a vaccine also would have another great advantage: it doesn’t require such incredibly cold temperatures, “which is really good, by moving it around and making sure you don’t waste doses,” Fauci said.

More on COVID-19: BIDEN PREDICTS THAT MORE THAN 600,000 AMERICANS WILL DIE FROM COVID