Turns out you CAN actually make this stuff up. 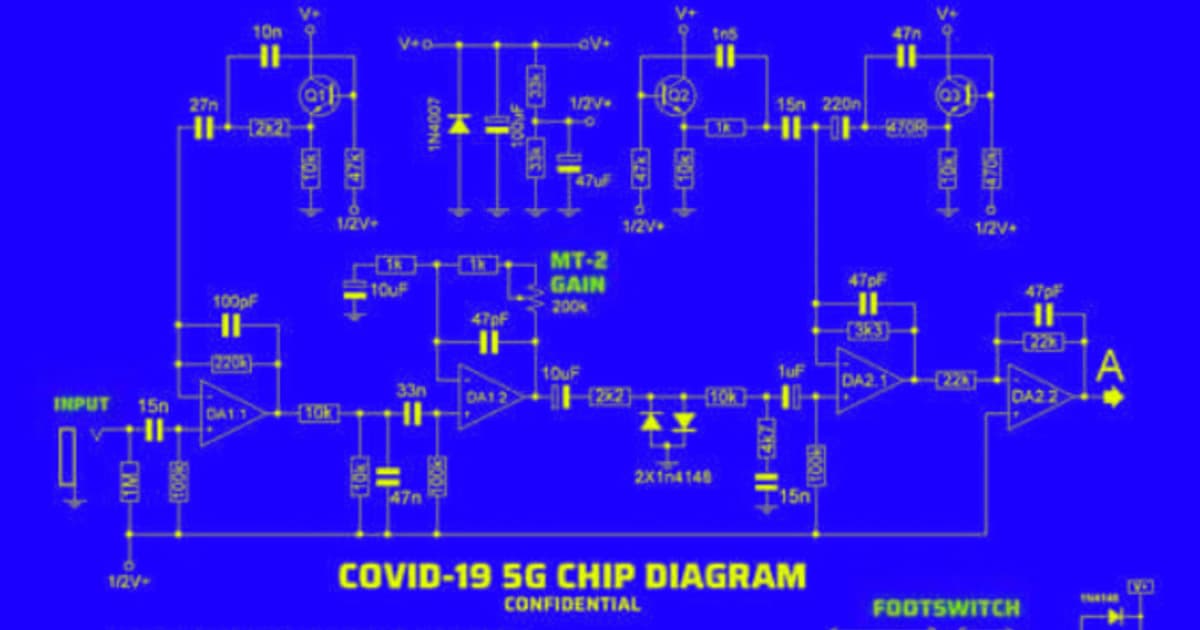 Conspiracy theorists in Italy are sharing an image of a circuitry diagram they claim is a 5G chip that has been inserted into the COVID-19 vaccine.

Not surprisingly, the theory is nonsense.

And as it turns out, as Boing Boing points out, the diagram is the schematic of a popular electric guitar pedal by music gear maker Boss. So if it were in the vaccine, which it’s not, it would absolutely shred.

Here in Italy people started to share this figure claiming that this is the diagram of the 5G chip that has been inserted in the covid vaccine.

In reality it is the electric circuit of a guitar pedal and I believe that putting it in the covid vaccine has been an excellent idea💡 pic.twitter.com/qXKnv7VVly

“In reality it is the electric circuit of a guitar pedal and I believe that putting it in the COVID vaccine has been an excellent idea,” Fusco wrote.

“I bet when they found out they were all, ‘Wah! Wah!'” Twitter user Craig Cowling quipped.

It’s unclear how widely the image was shared on social media, but the unintentionally hilarious post is symptomatic of a much larger — and more serious — problem.

Throughout the pandemic, coronavirus conspiracies and misinformation have circulated widely online. The World Health Organization even had to create an entire webpage dedicated to the most common ones, including phony remedies such as taking a hot bath or eating garlic.

The French ministry of health even had to declare in March that “no, cocaine does NOT protect against COVID-19,” in a post on Twitter.

In case you’re wondering, the BOSS Metal Zone MT-2 guitar pedal provides “incredible-sounding distortion pedal” and is “a must-have pedal for any hard rock or metal guitarist,” according to the company.