It works on mice and fruit flies. Could something similar work in humans? 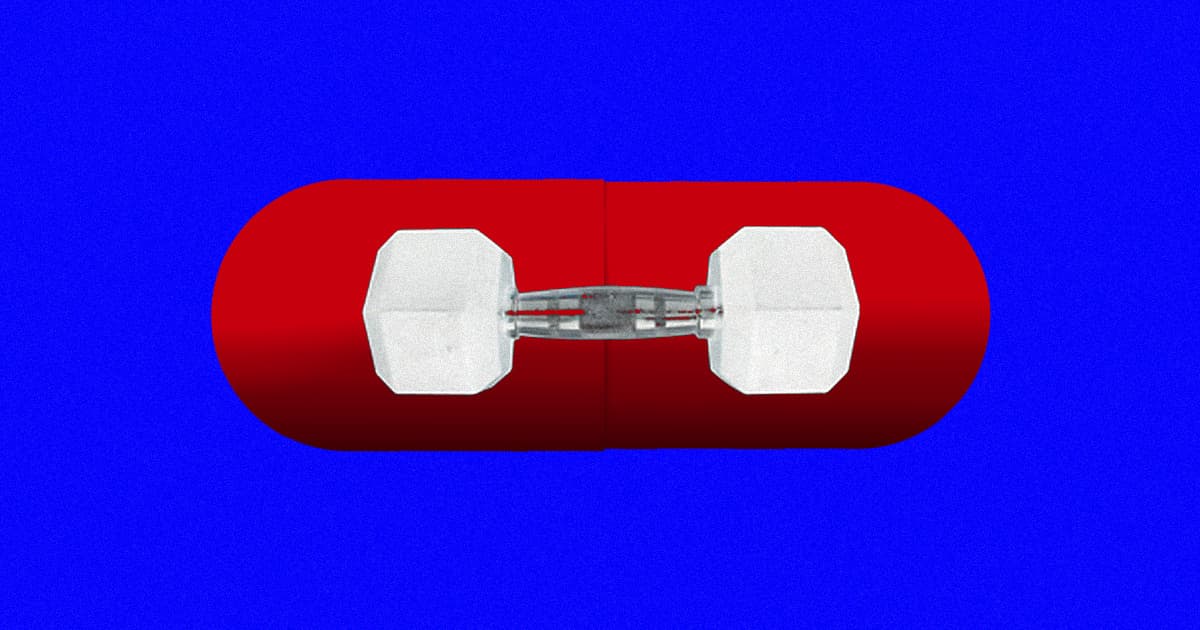 If you haven't already abandoned your New Year's resolution to exercise more, you probably will by January 19.

And that's at least partly because exercising can, well, kinda suck.

But now, an international team of researchers has discovered a link between a naturally occurring protein and the health benefits of working out — a link that could one day allow us to enjoy the benefits of exercising without ever leaving our couches.

Thanks to previous research, the team behind this new study, which was published in the journal Nature Communications on Monday, already knew that the protein Sestrin accumulates in muscles after a person exercises.

To learn more about the protein's link to exercise, they conducted an experiment using Drosophila flies, which have a natural instinct to climb out of test tubes.

First, they bred some of the flies to lack the ability to create Sestrin. Then they created a "fly treadmill" so they could induce both the specially bred flies and normal flies to exert themselves for extended periods of time.

At the start of a three-week training period on the treadmill, all of the flies could run for between four to six hours. By the end of the training period, the normal flies exhibited improved endurance. The flies incapable of producing Sestrin, however, didn't show any improvement.

The team also overexpressed Sestrin in the muscles of a third group of flies, which never used the treadmill. Those flies exhibited even more endurance than the normal flies did after training — suggesting that the protein alone could produce the benefit of improved endurance even without exercise.

In mouse studies, the team found that rodents lacking the ability to produce Sestrin also couldn't enjoy several benefits of exercise, including improved aerobic capacity, improved respiration, and the burning of fat.

"We propose that Sestrin can coordinate these biological activities by turning on or off different metabolic pathways," researcher Jun Hee Lee said in a press release. "This kind of combined effect is important for producing exercise's effects."

For now, though, humans who want to enjoy the Sestrin-linked benefits of exercise will need to keep hitting the gym — molecules of Sestrin are too large to be developed into a supplement, Lee explained in the press release.

However, the team plans to continue its study of the protein, so a future Sestrin pill that saves you from sweating your way to improved health could be on the horizon.

More on exercise: Half of America May Be Obese by 2030. Here’s Why That Matters for Society.