Startup Creates Tiny Drill to Burrow Through Your Brain With Magnets

But don't worry — it's there to help. 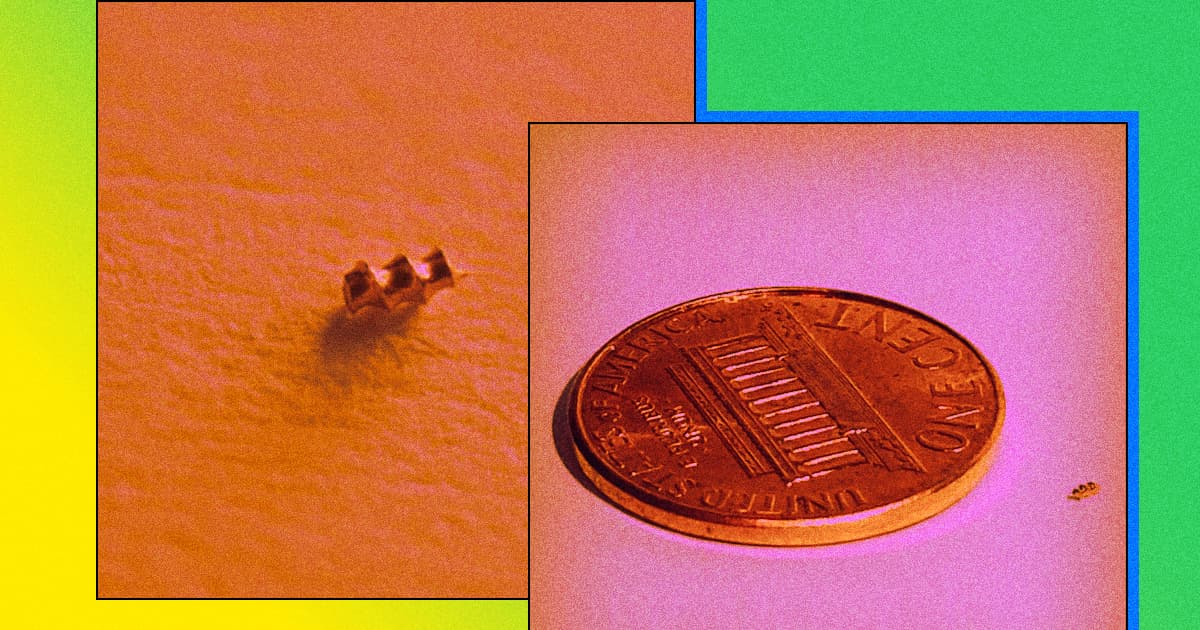 A startup called Bionaut Labs has an unusual plan for fighting brain tumors: injecting tiny metallic drills into your body and dragging them around with a powerful magnet, from outside the body.

The microrobots are essentially millimeter-sized screws that can shuttle and administer drugs to precise targets, The Los Angeles Times reports. The tech would give doctors a way to deliver drugs without simply injecting them into a patient and hoping they reach the right organs or attack specific tumors.

"It's very statistical in nature and not precise," Bionaut CEO Michael Shpigelmacher told the LA Times, regarding regular drug administration. "We wanted to just figure out a way to get [to the problem area] instead of flooding a body with therapeutics."

By contrast, Bionaut's devices are injected into a patient and doctors, who can track the little delivery bots via X-rays, guide them to the target with magnets. There, they can use a different magnet to trigger the little drillbots to release their cargo before guiding them back to the injection site for removal.

The idea isn't entirely new. Scientists have been tinkering with spiny, pharmaceutical-delivering robots that can either be swallowed or injected for years. But the Bionaut team hopes that their iterations and improvements on the idea will help them during upcoming clinical trials, during which they'll seek approval from the FDA.

During those clinical trials, the company will use their microrobots to treat brain stem gliomas, a cancer that's particularly difficult to treat with conventional methods, the LA Times reports. The magnetic devices won't treat the cancer themselves — they're certainly not drilling away at tumors or anything gruesome like that — instead, they'll deliver already-proven cancer drugs directly to the target.

From there, Shpigelmacher wants to move on to treating other parts of the central nervous system and other difficult-to-reach areas, like inside the eye. But before any of that can happen, Bionaut Labs will need to get FDA approval for its literal drag-and-drop drug delivery system.

More on medical robots: This "Pill" Sprouts Needles to Inject Medicine Inside Your Body

6.22.22 Studies
If You Can't Stand on One Foot for Ten Seconds, Doctors Have Bad News
6.06.22 Cancer
Scientists Intrigued by Treatment That Put Every Single Patient's Cancer Into Remission
4.21.22 Studies
New Study Claims That Antidepressants Don't Lead to Better Quality of Life
4.18.22 Cancer
Scientists Say They Partially Destroyed Tumors With Sound
4.17.22 Cancer
More Than a Hundred Graduates of a Particular High School Got Rare Cancers