This "Pill" Sprouts Needles to Inject Medicine Inside Your Body

A spiky pill could help patients who need frequent injections. 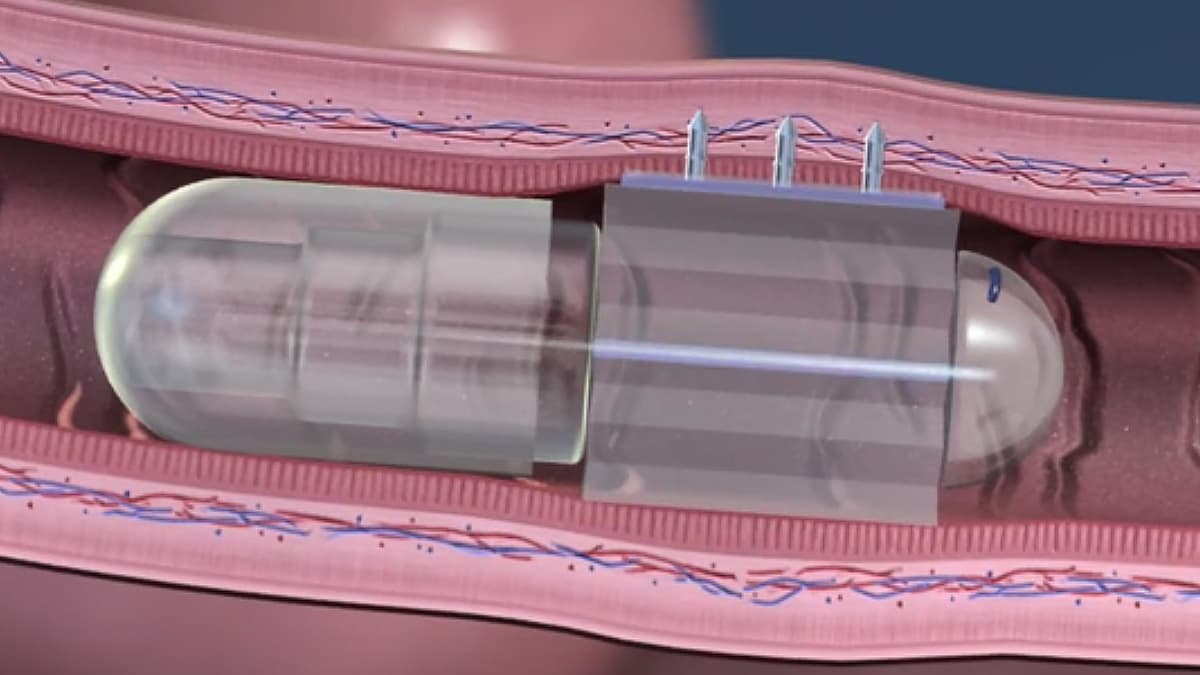 In order to make the frequent injections associated with chronic illness a little more bearable, the biotech company Rani Therapeutics is developing a smart pill that injects patients from the inside instead.

The robotic pill contains a time-release mechanism that triggers the growth of tiny spikes, made of sugar, that inject the medicine directly into the intestine, according to VentureBeat. It's still under development, but Rani just raised millions to bring the project to fruition. It could help lower the number of people who skip medications altogether because they're tired of getting poked with needles.

The pill itself relies on a clever bit of chemical machinery. Once it passes the stomach and reaches the specific acidity level of the intestine, an outer coating dissolves and the whole pill expands like a balloon. That's when tiny needles poke outward, detaching into the intestinal wall like a bee's stinger. Reaching the intestine is crucial, according to VentureBeat, as the stomach would break down the kinds of medication that typically need to be injected rather than swallowed.

In other word, the pill still injects medications directly, but it gives the patient the experience of taking a pill instead.

This could solve a significant problem: patients skipping their medications because they're tired of all the needles. According to 2013 research published in The New England Journal of Medicine, that lack of adherence is linked to 125,000 deaths per year in the U.S.

Rani Therapeutics' logic, then, is that a robotic pill — even if that pill still ends up sticking the patient with its tiny needles — will be a little bit easier to swallow.