"This epidemic will not take a break." 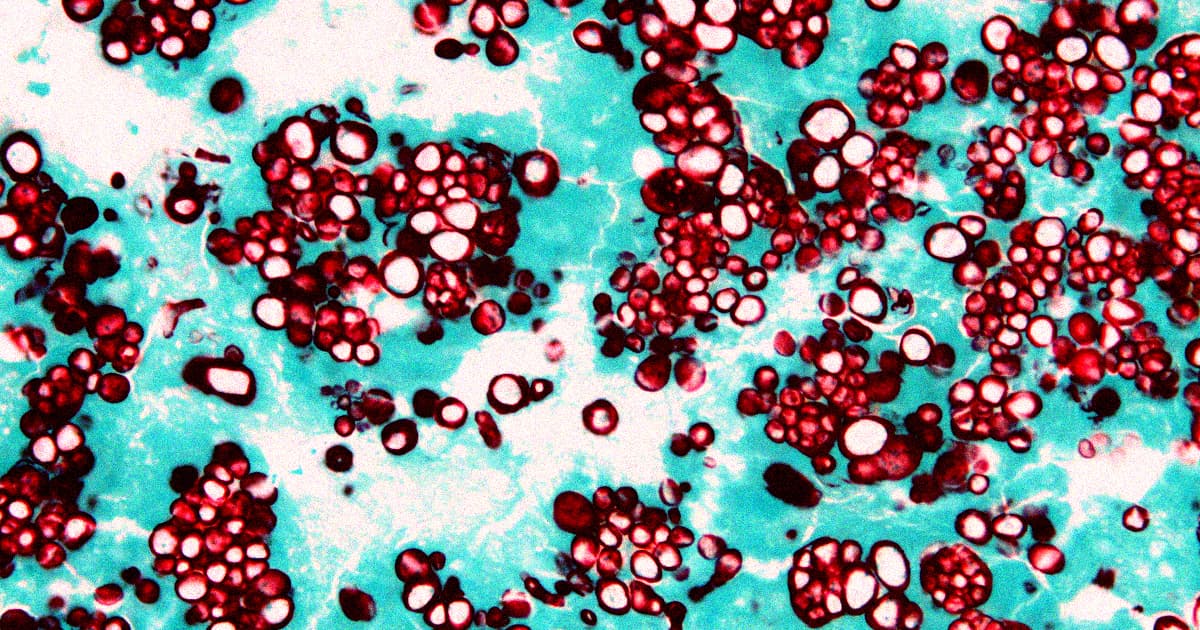 Tens of thousands of people in the US alone are being hospitalized by fungi a year, with millions more receiving treatment without being admitted, Scientific American reports.

Experts are now worried that these often deadly fungi are becoming more common across the world, with increasing numbers of people falling ill and experiencing sometimes devastating symptoms.

It’s a stark reminder that while the COVID-19 pandemic continues to keep hospitals occupied, viral infections aren’t the only epidemiological threat.

In fact, there’s a lot we don’t know yet about fungi and their sometimes disastrous effects on human health, underlining the importance of both their continued study and the development of new antifungal treatments.

SciAm reports that a fungal infection called coccidiodomycosis, more commonly known as Valley fever, is on the rise in the US, leading to symptoms including fatigue, cough, shortness of breath, and night sweats.

In severe cases, infection of the fungus coccidioides can spread from the lungs to other parts of the body, requiring antifungal treatment and hospitalization.

The infection is very common in the Southwest of the country, but is rarely seen in densely populated areas.

Only roughly one out of 100 cases proves to be life-threatening. But the fungus is likely to spread at an increased rate in the near future, according to experts.

“Coccidioides is really happy in wet soil; it doesn’t form spores, and thus it isn’t particularly infectious,” George Thompson, co-director of the Center for Valley Fever at the University of California, Davis, told SciAm. “During periods of drought, that’s when the spores form. And we’ve had an awful lot of drought in the past decade.”

In fact, the fungus comes in extremely lightweight forms that can blow in the wind for hundreds of miles.

“This epidemic will not take a break,” Flávio Queiroz-Telles, a physician and associate professor at the Federal University of Paraná in Curitiba, Brazil, told SA. “It is expanding.”

Sporothrix brasiliensis has already spread to much of northern South America — and there is a chance the fungus may have already made it to the US.

“In dense population centers, where a lot of feral cats are, you could see an increase in extremely ill cats that are roaming the streets,” John Rossow, a CDC veterinarian, told the magazine. “And being that we Americans can’t avoid helping stray animals, I imagine we’re going to see a lot of transmission to people.”

It’s an ongoing threat that we should take seriously.

“Fungi are alive; they adapt,” Rossow added. Out of millions of species, “only around 300 that we know of cause human disease — so far. That’s a lot of potential for newness and differentness, in things that have been around for a billion years.”

READ MORE: Deadly Fungi Are the Newest Emerging Microbe Threat All Over the World [Scientific American]

5.15.22 Studies
Scientist Say They Might Be Able to Reverse Binge Drinking With Gene Editing
5.14.22 Devices
FDA Approves Vanilla-Flavored Underwear That Protect Against STIs
5.13.22 Studies
Scientists Claim to Bring Dead Human Eye Cells Back to Life
5.12.22
It’s Surprisingly Likely That You Have a Nasty Parasite in Your Eyeball
5.11.22 Mental Health
Suicidal Posts Spike After Crypto Project Crashes

5.11.22 Studies
Injecting Spinal Fluid From Younger Mice Improves Memory in Elders, Scientists Say
Okay, that's pretty fascinating.
By Noor Al-Sibai / Read More >>
5.10.22 Treatments
Please, For The Love Of God, Don’t Let the Supreme Court Rush You Into a Vasectomy
"Vasectomies should be considered *permanent*."
By Noor Al-Sibai / Read More >>
5.10.22 Developments
More and More Tech Companies Offer to Help Employees Get Abortions
Welcome to America.
By Lonnie Lee Hood / Read More >>
Keep up.
Subscribe to our daily newsletter to keep in touch with the subjects shaping our future.
+Social+Newsletter
TopicsAbout UsContact Us
Copyright ©, Camden Media Inc All Rights Reserved. See our User Agreement, Privacy Policy and Data Use Policy. The material on this site may not be reproduced, distributed, transmitted, cached or otherwise used, except with prior written permission of Futurism. Fonts by Typekit and Monotype.