All Ears
Jun 2 / by Victor Tangermann

Doctors Transplant Ear That Was 3D Printed With Patient's Own Cells 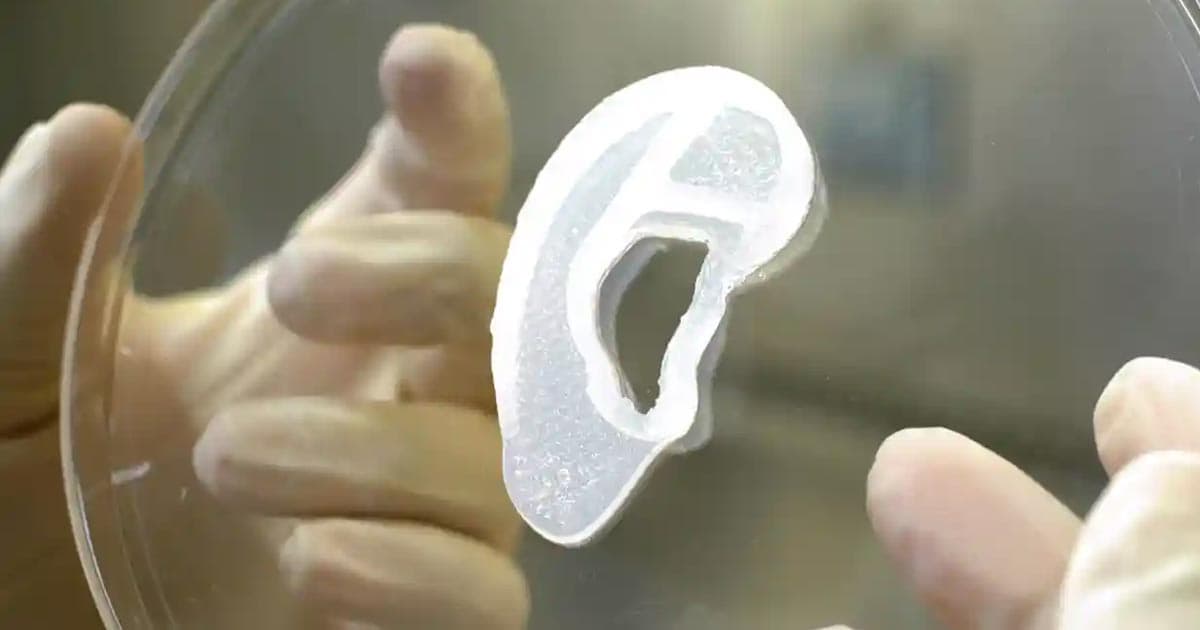 A team of scientists at a company called 3DBio Therapeutics have successfully transplanted a 3D printed ear made from the patient's own cells, The New York Times reports.

It appears to be a first in the field of tissue engineering, according to experts, and could be the harbinger of a new era of regenerative medicine.

"It’s definitely a big deal," Carnegie Mellon biomedical engineering researcher Adam Feinberg, who was not involved in the project, told the NYT. "It shows this technology is not an 'if' anymore, but a ‘when.'"

The patient, a 20-year-old woman, was born with a small and malformed ear due to a rare congenital disorder called microtia.

In a clinical trial earlier this year, experts 3D printed a new ear, designed to perfectly match her other one, and transplanted it onto her head.

The ear will even continue to grow, the company says, generating new cartilage tissue.

According to the NYT, the trial could mark the first time a 3D printed implant made of living tissues was successfully transplanted onto a human patient.

The company used half a gram's worth of cells harvested from the patient and grew them into billions of cells using what it says is a proprietary technology. A special 3D printer then used "bio-ink" based on collagen to print the ear.

"It comes in as a biopsy from the patient, and it leaves a living ear," 3DBio CEO Daniel Cohen told the NYT.

Arturo Bonilla, the surgeon who performed the procedure, also came away impressed.

"As a physician who has treated thousands of children with microtia from across the country and around the world, I am inspired by what this technology may mean for microtia patients and their families," he said in a statement.

"This study will allow us to investigate the safety and aesthetic properties of this new procedure for ear reconstruction using the patient’s own cartilage cells," Bonilla added.

Despite having undergone federal regulator reviews, the company has remained tightlipped about technical details. And results have yet to be published because the clinical trial, which involves 11 patients, is still running its course.

3DBio Therapeutics is now hoping to apply the same technique to other body parts, including spinal discs, noses, and rotator cuffs.

Printing more complex body parts such as organs, however, presents a far greater challenge than the ear, which serves a purely cosmetic purpose.