"This research offers a glimmer of hope to over 1,000 people from minority ethnic groups who are waiting for a kidney." 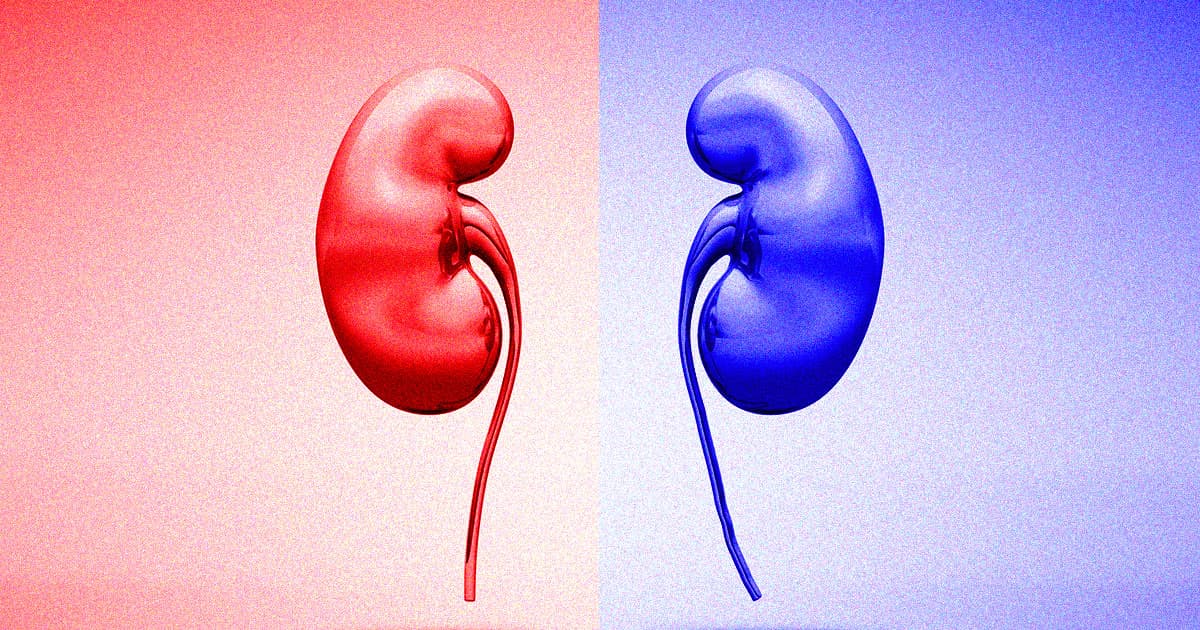 In an extraordinary breakthrough, The Guardian reports that a team of UK doctors have been able to successfully change the blood type of three donor kidneys from the rarer blood type B to "universal donor" type O. It's a discovery that could save the lives of many patients who need organ donations and, excitingly, maybe even open the door to similar modifications of other organs.

The researchers focused on altering B-type kidneys because of the blood type's inability to adapt to any other blood types — a B-type kidney cannot be given to a person with blood type A, and vice versa — as well as its prevalence in minority communities. In both the US and the UK, black and brown folks make up the bulk of transplant lists, while access to blood type compatible organs are disproportionately scarce. As the University of Cambridge explains in a press release, people of color on average wait a year or longer than white people to receive transplants.

"We know that people from minority ethnic groups can wait much longer for a transplant as they are less likely to be a blood-type match with the organs available," Dr. Aisling McMahon, an executive at Kidney Research UK, the study's funding organization, said in the release. "This research offers a glimmer of hope to over 1,000 people from minority ethnic groups who are waiting for a kidney."

Type O organs can adapt to bodies with any blood type  — and as such, type O blood and organ transplants are often in very short supply. Thus, the ability to make type O organs — instead of waiting for more donors, whether those organs are given by choice or, well, death — could be an absolute gamechanger for everyone on the waitlist, especially those whose blood type compatible organs are in short supply.

To make the switch, the scientists employed a device called a normothermic perfusion machine. These are gadgets used to flush a kidney with oxygenated blood, which helps to preserve the organ while, hopefully, it's connected with a patient who needs it.

The Cambridge researchers did just that — hooked the kidney up to the machine and infused it with new blood. But before they passed the blood along, they made one significant change: they infused that new blood with a special enzyme that acted like "molecular scissors," miraculously removing the cellular antigens and blood markers that work to reject non-B-type blood and organs.

"Our confidence was really boosted after we applied the enzyme to a piece of human kidney tissue and saw very quickly that the antigens were removed," Serena MacMillan, PhD at the University of Cambridge, told the Guardian. "After this, we knew that the process is feasible, and we just had to scale up the project to apply the enzyme to full-size human kidneys."

A study based on the work is set to be published in the British Journal of Surgery later this year, and the scientists were careful to acknowledge that the work has yet to be applied in a clinical setting. That being said, it's still wildly exciting research — and hopefully soon, it'll leave the lab and make a major difference in the lives of those in need of transplants.

12.02.22 Studies
So Many People Die at Motorcycle Rallies That Organ Donations Spike
8.03.22 Developments
Scientists Pump Pig Corpses With Artificial Blood to "Partially Revive" Organs
1.05.21 Developments
A Startup Is Planning Pig-to-Human Organ Transplants This Year
7.13.20 Studies
Doctors Heal Human Lungs By Attaching Them to Live Pigs
6.19.20 Developments
You May Be At Risk of Severe COVID If You Have This Blood Type