"It's perhaps even worse than falling from a ladder." 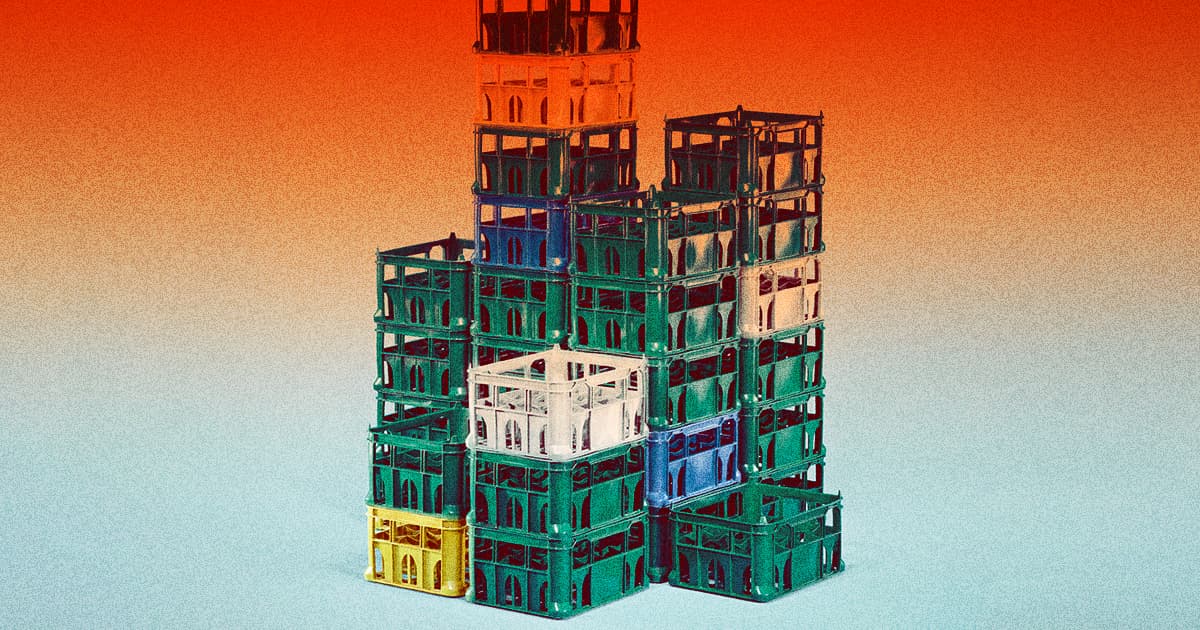 In case you haven't been on TikTok lately, let us catch you up on a new viral trend that has doctors exasperated with humanity's bottomless creativity for finding new ways to injure themselves.

The "Milk Crate Challenge" is a new trend in which people film themselves attempting a makeshift, homemade obstacle course: stacking plastic milk crates into a pyramid and attempting to run to the top and back down without collapsing. Needless to say, most of the videos show people plummeting to the ground as the whole tower comes tumbling down — and The Guardian reports that doctors and health agencies alike are begging the cool teens of TikTok to knock it off.

Look, we get that everyone's getting really bored at home as the coronavirus once again rears its head in a massive new wave of infections. But surely there's a way to go viral that doesn’t involve breaking a bunch of your bones?

"It's perhaps even worse than falling from a ladder," Mount Sinai hospital orthopedic surgeon Shawn Anthony told The Washington Post. "It's very difficult to brace yourself from the falls I've seen in these videos. They're putting their joints at an even higher risk for injury."

Mainly, the exasperation comes from the fact that the American healthcare system is, uh, a little busy right now, meaning that it would be great for everyone to avoid straining it even further by taking up a hospital bed because they felt like trying the homemade daredevil stunt for a shot at going viral.

"With COVID-19 hospitalizations rising around the country, please check with your local hospital to see if they have a bed available for you, before attempting the #milkcratechallenge," the Baltimore Department of Health tweeted on Monday.

Despite TikTok's insistence to the contrary — a spokesperson told The Guardian that the platform condemns dangerous acts — alarming viral challenges tend to proliferate rapidly. Other recent trends have included videos of people trying to hold their breath until they pass out or drinking too much Benadryl in an attempt to hallucinate, according to The Guardian.

"Everyone needs to do their part in supporting first responders and health-care providers, and that involves not partaking in challenges like this one that are putting additional strain on the system," Anthony told WaPo.

More on TikTok: How Are These Horrible Vaccine TikToks Fooling So Many People?