"He was unable to move for several weeks and had tunnel vision." 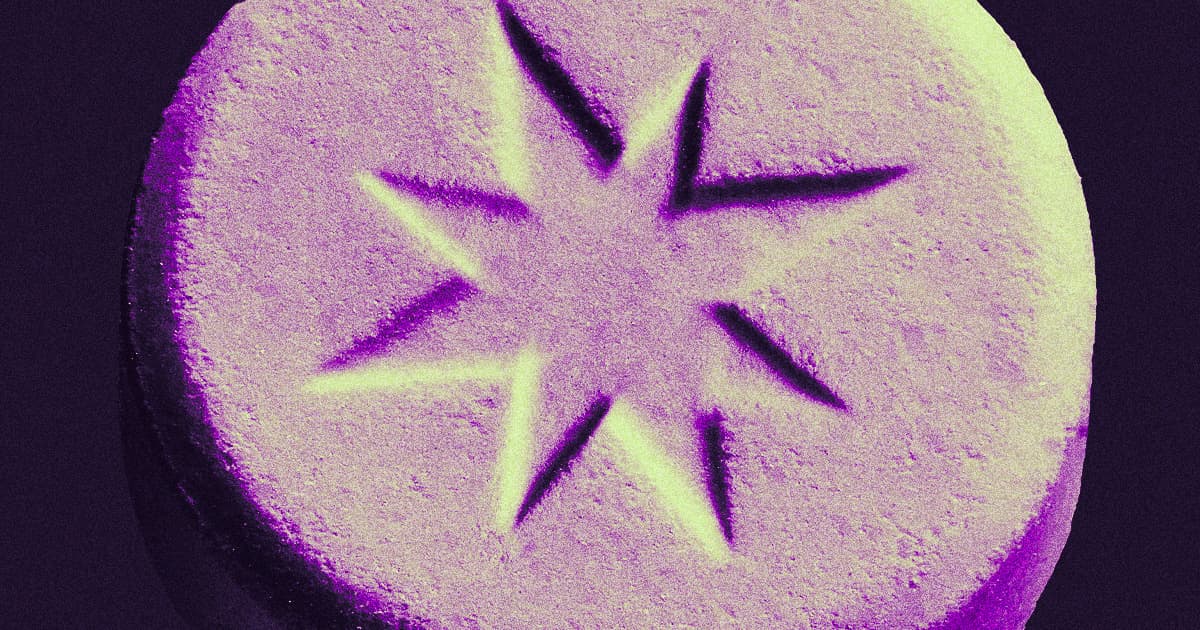 There's illicit drug use, and then there's the case of a patient known only as "Mr. A," who doctors say took more than 40,000 ecstasy tablets over the course of nine years.

This cautionary tale has become something of an underground legend for culture vultures since his story came out in the Psychosomatics journal in 2006. Now, in a new interview with the iconic British style magazine The Face, Dr. Christos Kouimtsidis, a psychiatrist who coauthored the case study, explains why Mr. A's tale of epic drug use is still so compelling after all these years.

Specifics from the Mr. A case study are the stuff of pure party mythology: from the ages of 21 to 30, the subject took what can only be described as a cubic shit-ton of MDMA, plus whatever crap might have also been packed into the pills. Initially, he started out taking five pills every weekend — already a deeply excessive amount — for a few years, then upped the dose to 3.5 pills per day for another three years, and thereafter took an average of 25 freaking tablets daily for four years straight.

As the team at St. George's Medical School in London who conducted the Mr. A case study noted in their paper, the man was 37 at the time they began working with him, but had quit taking most drugs except for cannabis seven years prior.

All the same, he continued to experience a number of alarming mental and physical effects even after quitting, ranging from "episodes of 'tunnel vision'" to the development of "severe panic attacks, recurrent anxiety, depression, [and] muscle rigidity" that gave way to hallucinations and paranoia, the 2006 study noted. Mr. A also experienced short-term memory issues, time disorientation, and poor concentration.

These prolonged symptoms — and the fact that the subject had such a serious a dependence on the drug at all, in spite of its reputation as non-habit-forming — were as fascinating to Kouimtsidis as they were debilitating to Mr. A.

"That was an exceptional case of high use over a prolonged period of time," the doctor told The Face in his recent interview. "Typical use is not every day and not the amount of tablets he was taking. It was extreme, his use was really, really high. And then he went into withdrawals. He was unable to move for several weeks and had tunnel vision.”

Although Mr. A was taking multiple other drugs during his nine years of MDMA use, including heroin, cocaine, LSD, and amphetamines, Kouimtsidis said that the St. George's team was able to pinpoint some of his subsequent memory issues to the ecstasy in particular.

"You cannot say 100 percent," he told the magazine, "but we can safely attribute the memory difficulties that he had experienced when I’d seen him to the heavy use of ecstasy for a prolonged period of time."

Mr. A seemed, unsurprisingly, to be "very much into the club scene," Kouimtsidis told The Face, but as his E use escalated, he began using it in a different way than most of his peers.

"It was more like a management of his mood rather than excitement and having fun" and appeared to be "using ecstasy as if it was an antidepressant," he told the magazine — the brutal flipside of the pleasure-enhancing effects partygoers (and, more recently, some therapy-seekers) have used it to attain for decades.

It's worth noting, as Kouimtsidis did in his interview with The Face, that "we need to be very careful how we use those extreme cases" such as Mr. A's, who at his highest rate of use took more MDMA in a day than many enthusiasts would in a lifetime.

Indeed, looking at this case as a fascinating anomaly is perhaps even more important now than it was when the study came out in 2006 given that MDMA's therapeutic uses — which was, as some drug nerds may recall, the purpose for which Merck originally synthesized the drug 110 years ago — are gaining some mainstream (and legal) acceptance alongside similar therapies involving psychedelics and ketamine.

The moral of Mr. A's story is, of course, that you shouldn't take anywhere near this much molly — but if you do, please make sure you enroll in psychiatric studies afterwards.

More on drugs: That Viral DALL-E AI Is Great at Generating Images of Drugs