Drunk? Don't forget to breathe into this ominous hyperventilation tube. 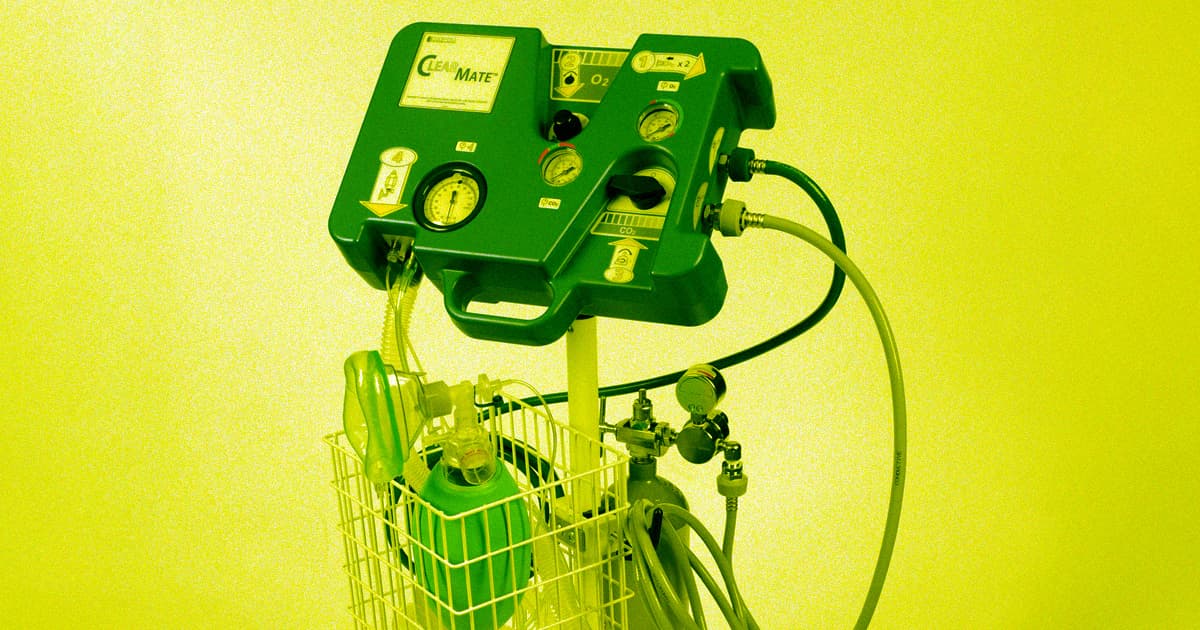 In most typical cases, the human body is pretty good at clearing alcohol out of its system.

But to give it a little boost, a team of Canadian scientists built a mask-like device that they say can help you sober up faster by sucking the alcohol right out of your breath, according to Gizmodo.

It turns out that anyone with alcohol in their blood is constantly breathing it out at a low rate. That got the scientists at Toronto's University Health Network wondering if hyperventilating could speed up the process. It turns out that hyperventilating gets oxygen out of your system three times faster than normal, according to research they published Thursday in the journal Scientific Reports — except that the human body isn't equipped to hyperventilate for too long.

That's where the new device, the ClearMate, comes in. Little more than an oxygen mask hooked up to a briefcase-shaped pump, the device vents a mixture of carbon dioxide and oxygen that induces hyperventilation but also prevents the wearer from passing out from breathing heavily for long periods of time.

"The method is so simple and obvious that even looking at it, no one recognizes its potential," anesthesiologist and study author Dr. Joseph Fisher told Gizmodo. "Hiding in plain sight. I don't know how else to explain it."

The ClearMate was tested on volunteers who were instructed to get a little tipsy on vodka, Gizmodo reports. Fisher, though, suggests the device would also be valuable in emergency medicine.

"The greater the alcohol concentration in the blood, the more effective the method is," Fisher told Gizmodo. "If the patient is unconscious, a tube can be placed in the lungs to protect the patient’s breathing, and the method can then be applied manually."

More on alcohol: This Study To Assess How Drinking Affects our Health is a Master Class in How to Do Science Poorly