Oh Great, Now Your Smartphone Can Tell If You're Drunk

Notifications could remind people they're too impaired to drive. 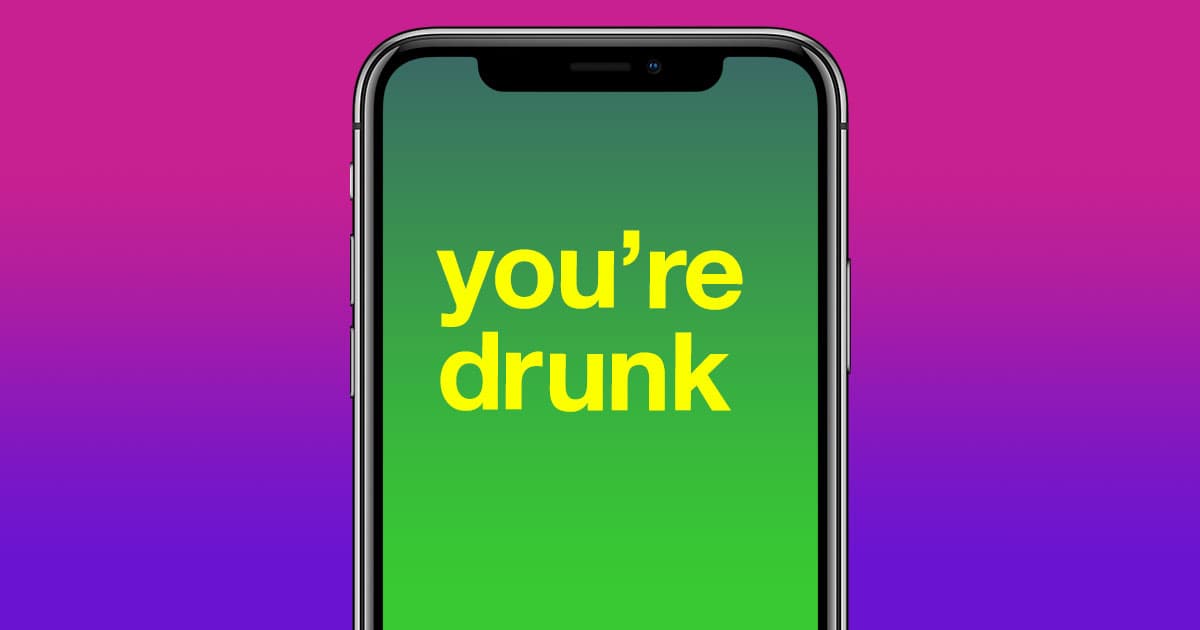 Your smartphone is technically capable of telling if you've had one too many drinks using its motion sensors.

That's according to a new study published in the Journal of Studies on Alcohol and Drugs. The researchers are hoping that real-time data on just how drunk somebody is could help people reduce their alcohol intake.

"We have powerful sensors we carry around with us wherever we go," lead researcher Brian Suffoletto, with the University of Pittsburgh School of Medicine at time, said in a statement. "We need to learn how to use them to best serve public health."

In a trial, 22 adults aged 21 to 43 drank mixed vodka drinks until they had a breath alcohol concentration of .20 percent. Every hour for seven hours afterward, they were asked to perform a walking task while wearing a smartphone attached to their lower back with an elastic belt.

Using data collected by the smartphone's suite of sensors, the researchers were able to identify with 90 percent accuracy whether each participant had a breath alcohol concentration higher than 0.08 percent, the legal driving limit in the US.

"This controlled lab study shows that our phones can be useful to identify 'signatures' of functional impairments related to alcohol," Suffoletto said.

The trial was mostly a proof of concept and will require future tests, with, for instance, participants carrying the phones in either their hands or their pockets.

Suffoletto envisions a future smartphone feature that can alert those who are impaired and make sure they're protected from "high-risk events like driving, interpersonal violence and unprotected sexual encounters."

READ MORE: Smartphones can tell when you're drunk by analyzing your walk [Journal of Studies on Alcohol and Drugs]

11.03.22 Studies
That "Research" About How Smartphones Are Causing Deformed Human Bodies Is SEO Spam, You Idiots
8.26.22 Mental Health
Study: Magic Mushrooms Helped 83% of People Cut Excessive Drinking
7.07.22 Treatments
"Anti-Hangover" Pill Could Take All The Fun Out of Drinking — If It Actually Works
3.07.22 Studies
Just One Alcoholic Drink Per Day Appears to Shrink Your Brain, Scientists Say
1.07.22 Studies
Hangover "Cures" Are Total Nonsense, According to Science