The Deadly Coronavirus Is Tearing Through Chinese Prisons

"Prisoners are routinely denied of access to adequate medical care even during normal times." 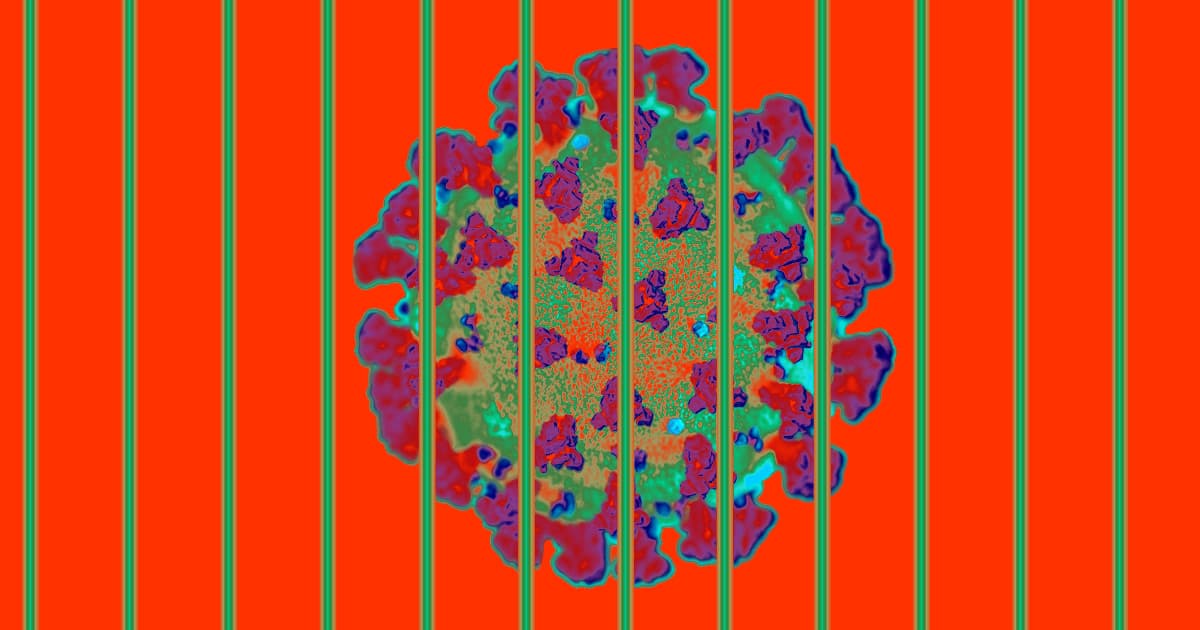 As the deadly COVID-19 coronavirus spreads worldwide, it continues to leave a trail of destruction in China, where efforts to care for the sick and curtail new infections are straining health care resources.

Now, in a grim update, The New York Times reports that the novel pathogen is tearing through the country’s prison system as well — a troubling hint that even in its epicenter, we still don’t understand the full toll the epidemic’s actually had.

Chinese authorities acknowledged on Friday that they knew of at least 500 infections among prisoners and guards. A particular guard with a bad cough may have been a superspreader, according to the Times.

On Friday, state-owned Chinese newspaper People’s Daily reported that the government had dispatched an investigative team to evaluate the scope of the problem.

Benjamin Cowling, a professor of epidemiology at the University of Hong Kong, told the Times that prisons are a particularly grave setting for an epidemic, because inmates are housed in close proximity — and even authorities have restricted access to isolated housing that could prevent transmission.

“It’s a really difficult situation to prevent transmission from occurring,” he told the paper.

And the situation may be even worse than it appears, according to Human Rights Watch spokesperson Yaqiu Wang, as it could compound already-poor medical care in the Chinese prison system.

“Prisoners are routinely denied of access to adequate medical care even during normal times,” Wang told the Times. “Now with medical resources stretched to the limit in many areas in China, it is hard to imagine prisoners’ medical needs would be a priority of the government.”

More on COVID-19: Deadly Coronavirus May Be Spreading Through Poop