The only problem? It's more than ten times as expensive as two doses of the Pfizer vaccine. 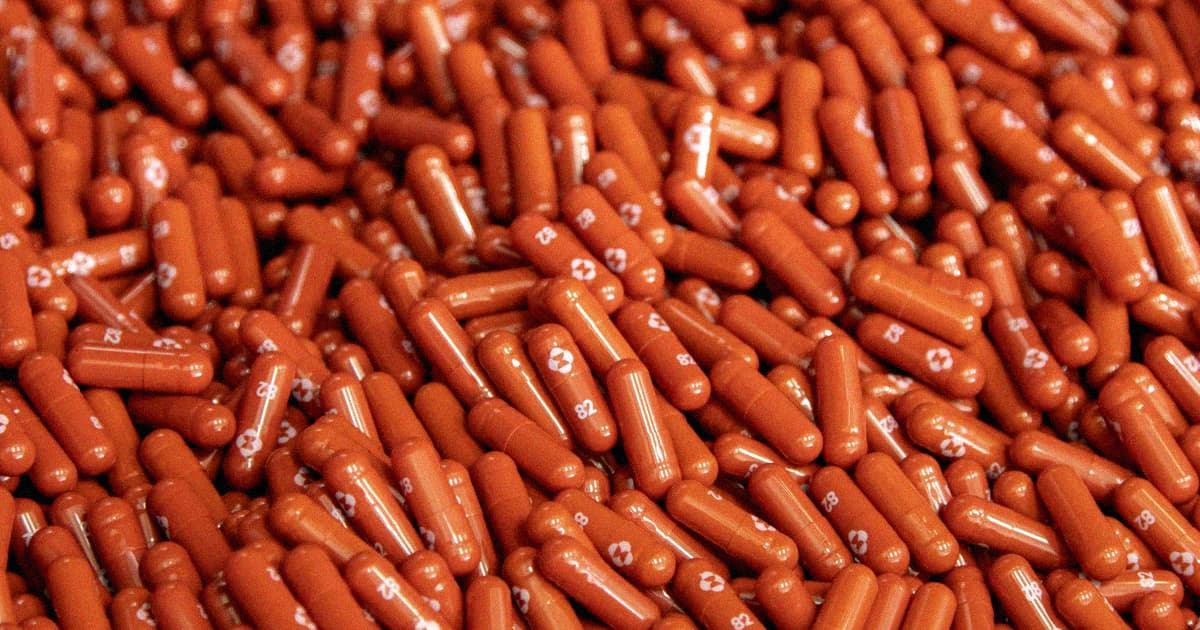 Pharmaceutical company Merck claims its new COVID-19 pill, called molnupiravir, can reduce the risk of hospitalization and even death from the coronavirus by half, according to newly announced Phase III clinical trial results.

The company is now applying for Emergency Use Authorization from the US Food and Drug Administration.

It's a promising development for new treatments against severe cases of COVID-19 — but the news should also serve as a reminder that getting vaccinated is by far the best preventative step, regardless of the availability of effective treatments.

COVID remains a highly dangerous disease. A staggering 1 in 500 Americans have now died from it.

In the trials, Merck tested the drug on participants who recently tested positive for COVID and who also had at least one additional risk factor including obesity, diabetes, heart disease or being above the age of 60.

After 29 days, 53 out of 377 participants who received the placebo were hospitalized after contracting the coronavirus. Eight of the placebo group died.

Only 28 out of 385 participants who received the drug, in contrast, were hospitalized. None of them died.

Promisingly, Merck also noted that its drug worked just as well against dangerous new strains of the virus, including the widespread delta variant.

If granted authorization, the pill would be the third antiviral drug approved by the FDA to treat COVID. Remdesivir, an injection, has also proven to be effective at staving off serious cases of COVID-19. Monoclonal antibody therapy has also shown promise.

All those treatments, though, are very expensive. According to The New York Times, a five day course of molnupiravir currently costs about $700 per patient. Two doses of the Pfizer vaccine, in contrast, cost just $39 — and are available for free at locations across the United States and in many other countries worldwide.

While there's meaningful progress toward developing effective treatments for COVID, one simple fact remains: those who are unvaccinated are far more likely — eleven times — to be hospitalized.

Granted, breakthrough infections do happen, albeit quite infrequently. But at the end of the day, the vaccine is a great way to stay safe.

More on COVID-19: COVID Patients Tell Doctor Coronavirus Is Fake, Then All Die